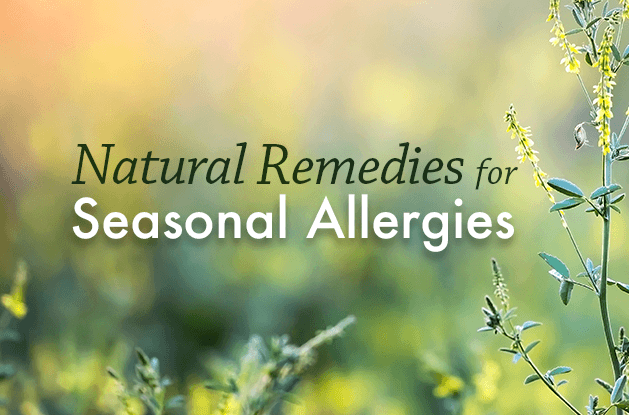 Ahhh, spring: Warmer days, blooming flowers, budding trees…and sneezing, a stuffy or runny nose, and itchy, watery eyes. Unfortunately, that’s the reality for nearly 18 million adults, who count symptoms of seasonal allergies (a.k.a hay fever) as much a part of the seasons changing as greener gardens and rising temperatures.

If you fall into this category, you can partly blame your genes: Researchers report that from 33 percent to as much as 91 percent of people inherit a sensitivity to excess pollen from trees, grasses or weeds, and/or mold spores in the air.

“When levels of allergens in the environment reach a certain threshold — as often happens this time of year — and you breathe in those particles, they stick to your airways like microscopic burrs,” says Dr. Bill Rawls, medical director of Vital Plan. “That irritates tissues and triggers your immune system to launch a counter attack.”

In response, your body starts producing extra mucus and fluid, and your nose and throat may swell or become scratchy. Next thing you know, you’re reaching for a tissue and rubbing your watery eyes.

But there’s another part of the susceptibility equation — your overall health. “I’ve noticed that people with really bad seasonal allergies tend to have poorer health habits,” says Dr. Rawls. While there are exceptions, it makes sense: Eating a diet full of processed foods, not managing stress levels, and being sedentary all tax your immune system.

“And if you’re driving your immune system too hard and compromising it, it tends to react and be overly sensitive,” explains Dr. Rawls. In other words, instead of just a slight runny nose, you may end up wheezing, sneezing, and feeling downright miserable.

While non-drowsy antihistamines can provide temporary relief from symptoms, they don’t address the underlying causes of allergies. If you want to breathe easier and feel better both now and in the long-term, Dr. Rawls recommends the following natural approaches: 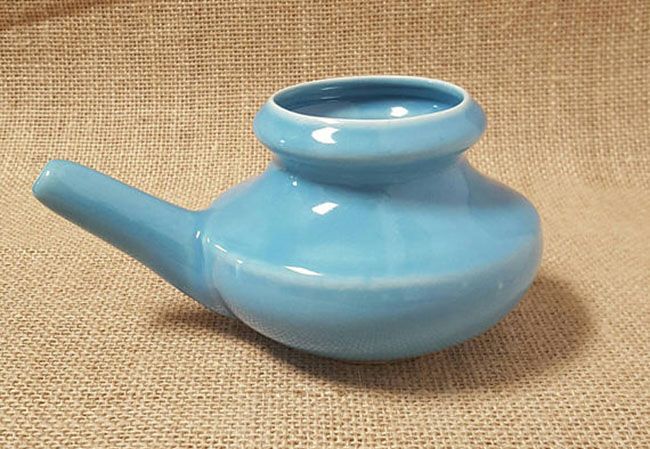 Love it or hate it, research shows that regularly flushing nasal passages with a saline solution works. The habit improved allergy symptoms and quality of life by more than 27 percent, according to a review in the American Journal of Rhinology & Allergy. It also cleared nasal passages 31 percent faster and reduced use of medicines by 62 percent.

While a saline solution is effective and the most common choice, consider trying a solution that contains xylitol. This naturally occurring sugar may be gentler on your nasal passages, and some research suggests it could be more effective. Whichever route you choose, you can buy readymade packets at drugstores.

If you cozied up with comfort foods heavy in meat and dairy all winter, now’s the time to swap in more fruit and veggies. “Lighter meals help support a strong and healthy digestive and immune system,” says Vital Plan health coach Belinda Macri, an Ayurveda practitioner, yoga teacher, and founder of Clearwater Retreat. She even recommends choosing one day a week to eat especially light — only broth, fresh juice, and/or smoothies.

Another tack: Try eating more pungent and bitter foods, spices, and herbs. “In Ayurveda, early spring symptoms like congestion, excess mucus, and sneezing are associated with Kapha — one of the three doshas or biological energies,” Macri says. She recommends adding the following to your regular diet to help balance the heaviness of Kapha:

Turmeric might be especially beneficial, research suggests: One study, for example, published in the Annals of Allergy, Asthma and Immunology found that consuming curcumin (the main component in turmeric) helped clear nasal air flow and alleviate sneezing, runniness, and congestion after two months compared to placebo.

Another diet tip: Cut back on wine and beer. Both contain sulfites and histamines, which have been linked with exacerbating or increasing the risk of symptoms like a stuffy nose. Instead, sip on Macri’s go-to Kapha-balancing tea: Hot water with a squeeze of lime, a little honey, and a dash of cayenne. 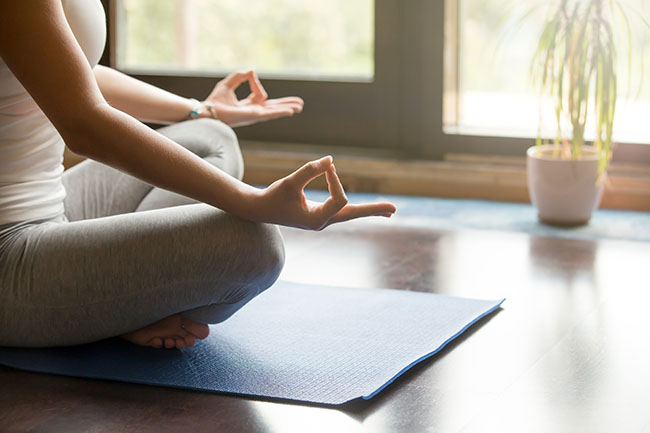 People who reported higher stress over two weeks also reported more allergy flares, according to a study from Ohio State University. And a second study that exposed people to both stressful situations (e.g. giving a speech) and calm ones (reading quietly) found that a high-stress task exacerbated or prolonged allergy symptoms significantly more than a low-stress task.

So do whatever helps you stay calm, and consider trying meditation, Macri says. She suggests setting a timer for 10 minutes, sitting comfortably, and focusing on your breathing with a classic and simple “so hum” mantra: With each inhale, silently say “sooo,” and then, as you exhale, mentally say “hummm.”

“You can also download guided meditation recordings if you prefer to have someone lead you through,” says Macri. “Either way, you’ll get so much out of just 10 minutes of meditating.” 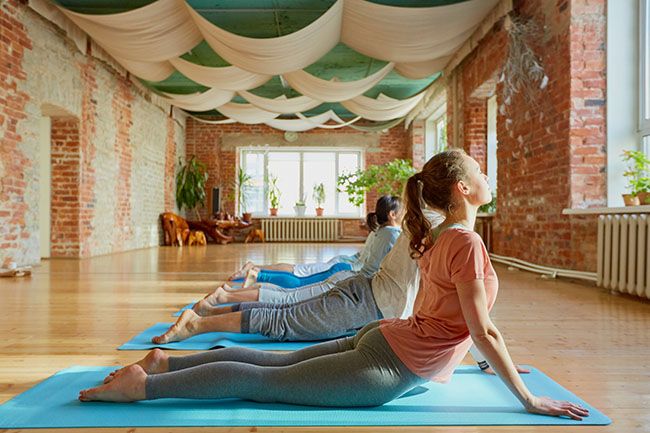 Yoga is a trusted stress-reliever and immune-system supporter, and it turns out certain poses might help you breathe easier, too.

“As we go through the cold of winter, our shoulders are often hunched forward as we stay bundled up,” says Macri. “Opening up the upper body will help if nasal passages and lungs get congested in the spring.”

She recommends practicing the following poses, and holding each for three breaths. Even if you can’t do them all, aim to do just two or three: 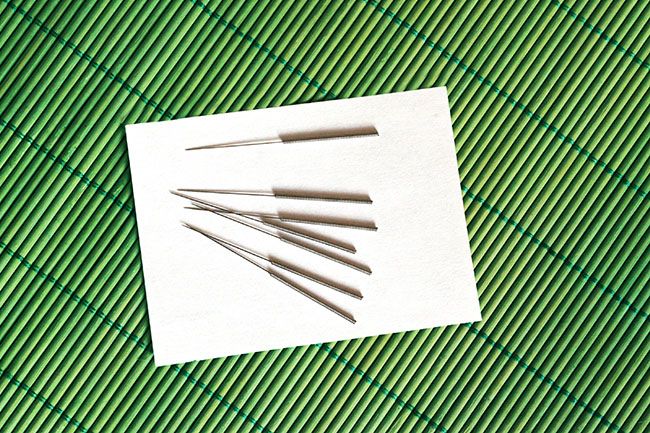 If you’ve never tried this ancient Chinese healing practice, now is a great time to give it a go. It involves the use of ultrafine needles to stimulate specific points and effect healthy changes in the body — in this case, relief from seasonal stuffiness, runny nose, and sneezing.

In one recent study, people with these allergy symptoms who had eight weeks of acupuncture used significantly less medication — 38 percent actually required none — and they reported improved symptoms and quality of life compared to control groups.

A clean sweep at night 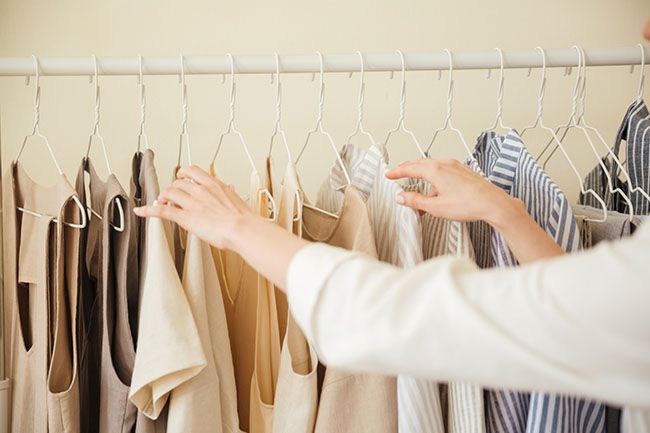 Since pollen and the like can hitch a ride on your clothes, be sure to remove your shoes as soon as you enter your home to avoid tracking allergens throughout the house, and change your clothes as soon as possible — especially after being out in nature or doing yard work. Allergens can also cling to hair and skin, so bathe at night to avoid bringing them to bed with you and sleeping with the enemy. 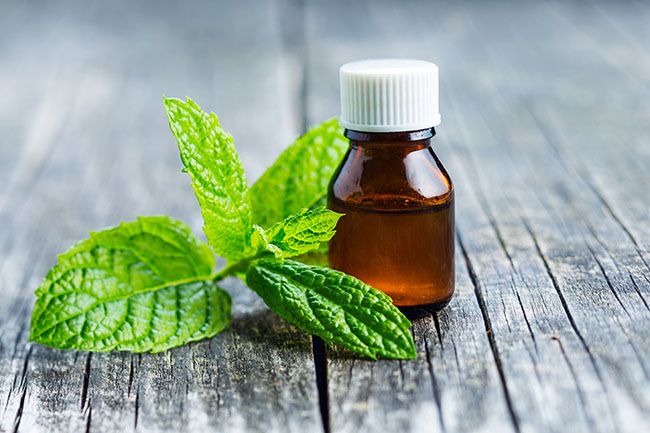 Inhaling certain essential oils may help clear nasal passages, giving you relief, Macri says. In one study published in Evidence-Based Complementary and Alternative Medicine, people with allergies who breathed in a combination of sandalwood, geranium, and ravensara essential oils for 5 minutes, twice a day for 7 days, showed significant improvement in symptoms, especially stuffy nose, compared to those who sniffed a placebo oil.

Eucalyptus, basil, and peppermint essential oils are also commonly used to help clear up congestion. You can diffuse the oils, or dab a therapeutic nasal oil on the insides of your nostrils, Macri suggests. One to try: The Chopra Center Ayurnas Oil, which contains eucalyptus, rose, sandalwood, peppermint, lavender, and basil essential oil in a safflower, sesame, and coconut oil base.

Herbs and other supplements 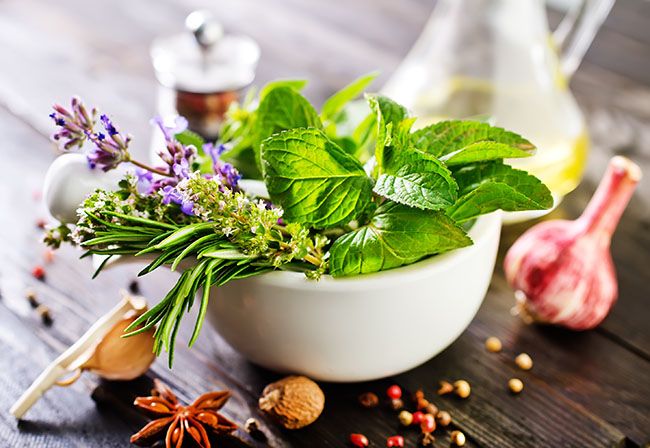 Depending on where you live, spring allergy season can stretch through all of May and even into June. Don’t walk through the next few months in a congested fog. Try as many of the natural remedies on this list as possible, keep doing the ones that work best for you — and share any tips for natural allergy relief we missed on Facebook.

Share216
Pin26
Tweet
242 Shares
About the Medical Director
Dr. Bill Rawls
Dr. Rawls is a licensed medical doctor in North Carolina and a leading expert in integrative health. He has extensive training in alternative therapies, and is the Medical Director of Vital Plan, a holistic health and herbal supplement company in Raleigh, NC.
You might also like... 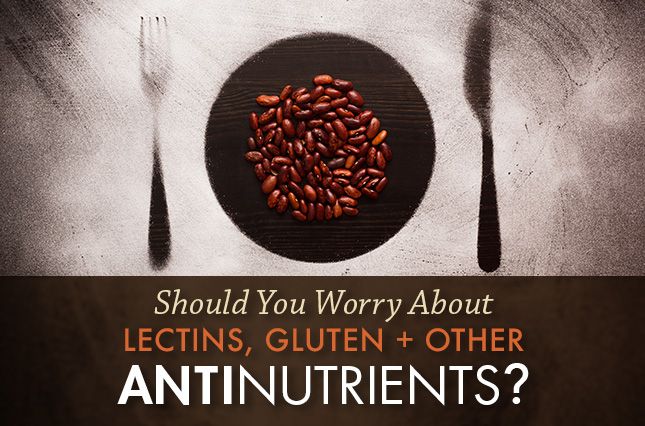 Should You Worry About Lectins, Gluten + Other Antinutrients? The term antinutrient sounds ominous, even scary — something you’d be smart to keep out of your diet. But the full story behind these compounds isn’t so cut and dry,… 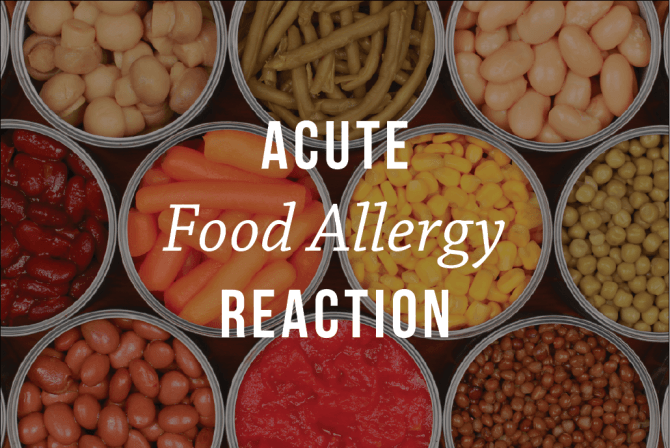 Acute Allergic Food Reaction This morning I experienced an acute allergic food reaction. Within minutes of finishing breakfast my face flushed and started tingling. My hands and arms developed a mild rash and started… 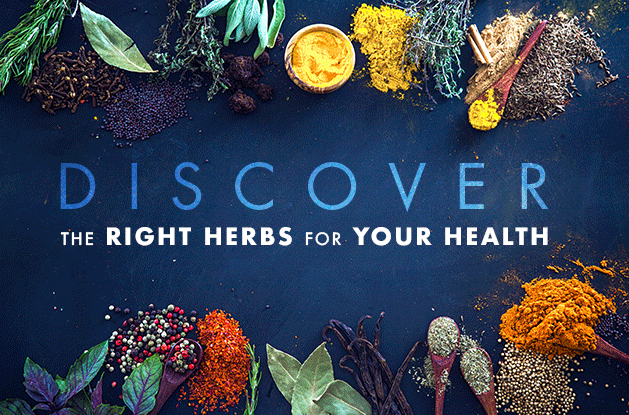 Discover The Right Herbs For Your Health If you’ve stared down the ever-expanding wall of herbal supplements at your local health food store lately, you know that trying to find the ones that are the best fit…
You might also like...

Should You Worry About Lectins, Gluten + Other Antinutrients? The term antinutrient sounds ominous, even scary — something you’d be smart to keep out of your diet. But the full story behind these compounds isn’t so cut and dry,…

Acute Allergic Food Reaction This morning I experienced an acute allergic food reaction. Within minutes of finishing breakfast my face flushed and started tingling. My hands and arms developed a mild rash and started…

Discover The Right Herbs For Your Health If you’ve stared down the ever-expanding wall of herbal supplements at your local health food store lately, you know that trying to find the ones that are the best fit…
What's your Vital Plan?
Get your free personalized supplement recommendation. Take the survey »
follow us
JOIN OUR NEWSLETTER
For weekly tips & healthy recipes