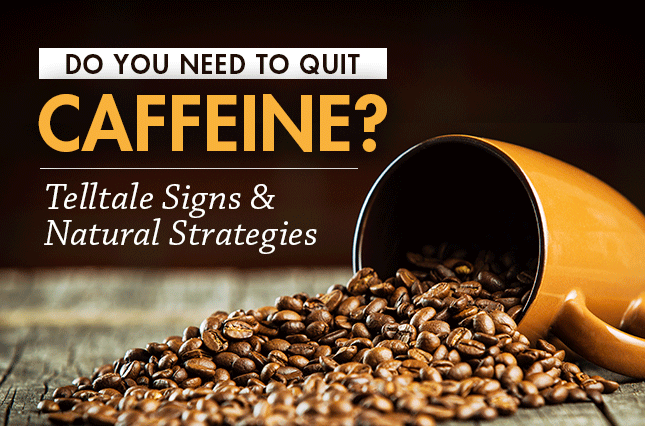 Do You Need to Quit Caffeine? Telltale Signs & Natural Strategies

You probably don’t think you’re taking a drug when you sip your cup of coffee or tea in the morning. But caffeine is indeed a psychoactive drug that stimulates your central nervous system.

While it’s not as dangerous or addictive as illegal drugs, caffeine has some of the same characteristics: It produces changes in both the body and the brain, it can lead to addiction, you can build up a tolerance to it, and it produces withdrawal symptoms when you don’t get a regular fix.

“Caffeine is the most widely used drug on the face of the earth,” says Dr. Bill Rawls, M.D., medical director of Vital Plan. “But it’s part of our lives; most of us drink coffee or tea — we always have.” Green or black tea is the go-to beverage in many parts of the world, but here in the U.S. – where 85 percent of us consume at least one caffeinated drink per day – coffee reigns supreme, followed by soft drinks, then tea, according to a report in the journal Food and Chemical Toxicology.

But caffeine itself isn’t a bad thing when consumed in moderate amounts and from sources like coffee and tea, which are loaded with antioxidants and have other benefits. (Soda, on the other hand, is loaded only with sugar or chemicals and should be avoided.) While there’s no consensus on what constitutes a moderate amount, it’s typically between 250 mg and 400 mg of caffeine a day, or about the amount in one 16-ounce cup of coffee from a chain coffee shop. Research shows that, in healthy adults, that amount generally doesn’t cause adverse health effects.

Here’s What Caffeine is Doing in Your Body 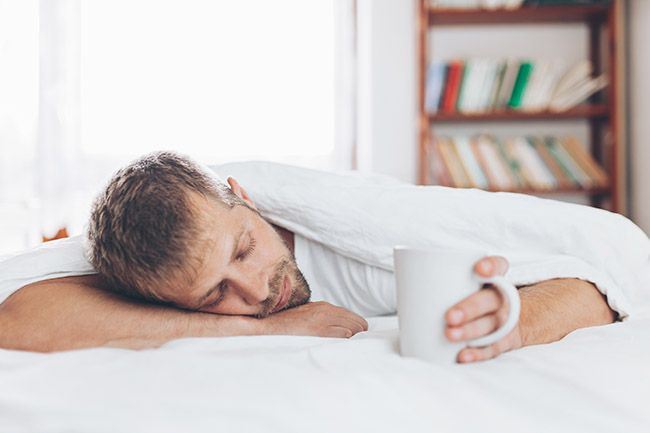 Caffeine works mainly by blocking the actions of adenosine, a chemical the body produces naturally to make us drowsy. “Sleep is tied to two main things, the first one being circadian rhythms, which motivate you to sleep when it’s dark and wake up when it’s light,” Dr. Rawls says. “The other factor is adenosine, which builds up through the day and causes sleep pressure.” Caffeine plugs up adenosine receptors so that you don’t feel its effects as readily.

But caffeine can be tricky, and it’s worth considering its role in your life and how it may impact how you feel and your health. For example, in those who regularly consume it, the energy boost and feeling of alertness you get might not be a direct, net benefit of caffeine. Rather some experts and research suggest you feel more awake and alert because you’re simply getting your fix. In other words, reversing withdrawal symptoms make you feel more awake, according to a review in the Journal of Caffeine Research.

Another issue is how caffeine can impact your sleep. Yep, the main reason most of us like caffeine — because it helps keep us awake and alert — is also one of its biggest problems. “Caffeine is driving our sleep-deprived culture,” Dr. Rawls says. “Science shows we all need 8 hours of sleep a night, yet most of the world is not getting enough.”

How to Tell If You’re Too Hooked on Caffeine 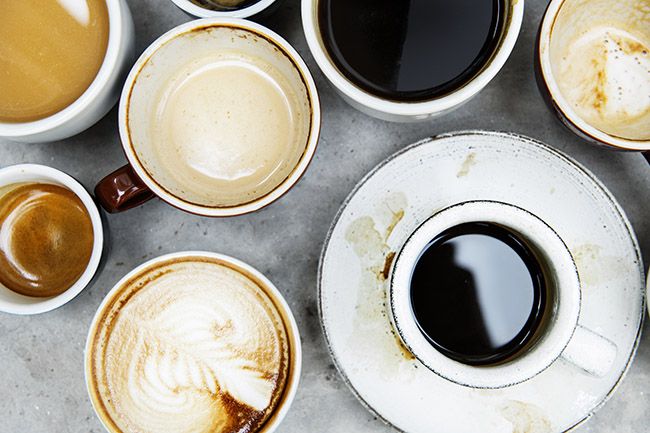 Unfortunately, many people are caught in a vicious cycle: Using caffeine to stay awake and also using it to counter the fatigue felt from staying awake. “If you need an alarm clock to wake up and need caffeine to then feel alert and get going, you’re probably not getting enough sleep,” Dr. Rawls says.

If that sounds like you, consider when you’re drinking caffeine and how much. Caffeine has a half-life of about 6 hours. That means if you drink coffee at 3 pm, your body has only metabolized half of the caffeine by 9 pm. “That’s enough to keep you awake,” Dr. Rawls says. “Even in people who can drink caffeine late in the day and still fall asleep, they’re likely getting dysfunctional sleep.”

Excessive amounts of caffeine or even small amounts in those who are sensitive to it, can also leave you feeling miserable — jittery and anxious, headache-y, and it can upset your stomach. Caffeine has also been linked to more frequent migraines, plus it mimics the effects of adrenaline, Dr. Rawls says. So if you tend to reach for coffee when stressed in order to power through a deadline or other ordeal, you could end up worse off.

“If you’re stressed, caffeine is the last thing you want; it will only intensify your symptoms of stress because you’re essentially doubling the effects of adrenaline,” he says. It also isn’t necessarily giving you more energy. “Caffeine just pushes the energy you have harder and strips your energy reserves.”

So, what’s a coffee or tea lover to do? “If you enjoy a caffeinated beverage and it gives you a little boost, that’s okay as long as you’re sleeping plenty,” Dr. Rawls says. In addition, if you keep stress in check and generally feel good, moderate amounts of caffeine shouldn’t be an issue.

However, if you feel like you’re overly reliant on caffeine to stay awake in the daytime or get going in the morning, if it’s messing with your sleep, or you feel anxious, jittery, or just off, consider cutting back or quitting it all together. Here are five ways to do it the right way.

1. Wean yourself off caffeine gradually 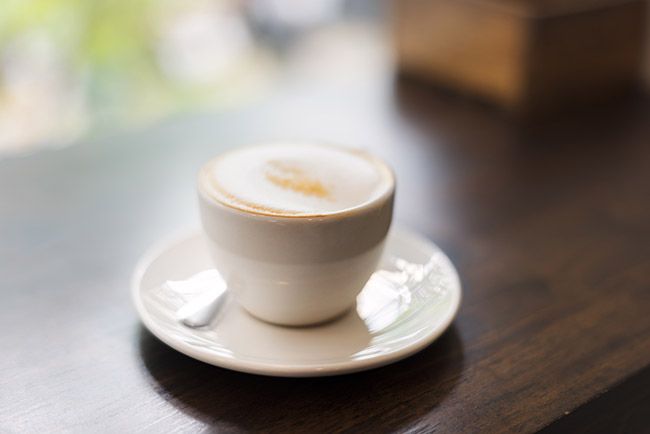 The withdrawal symptoms that come from quitting cold turkey can be brutal —pounding headaches as well as brain fog and fatigue. So it makes sense to slowly reduce your intake over time, Dr. Rawls says.

There are a lot of ways to do it, too: If you regularly drink coffee, for example, try a 50-50 mix of regular and decaf for a week. The next week, mix in more decaf. Or, try swapping regular coffee for a latte, which cuts caffeine intake in half.

Another option: If you tend to drink several caffeinated beverages throughout the day, swap one of your drinks for decaf for a week, then swap another the week after. While you may still experience some withdrawal symptoms with a step-down approach, chances are they won’t be as intense.

2. Switch your source of caffeine 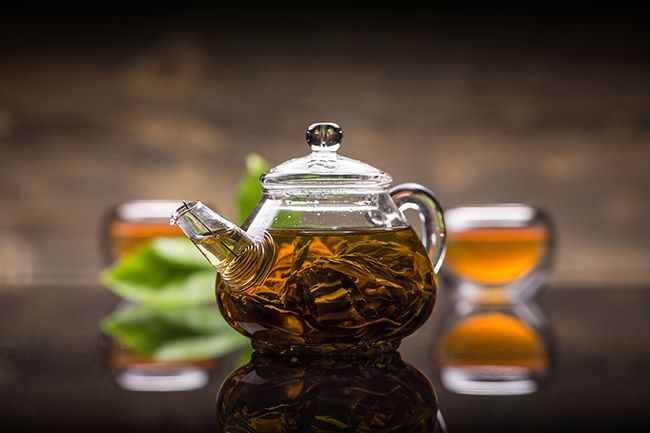 With the exception of some energy drinks, coffee has the most caffeine of any other caffeinated beverages. The exact amount can vary widely depending on a range of factors, including the roast (a light roast has more caffeine than dark, since roasting beans longer burns off more caffeine), brand, or shop where you buy coffee.

In one study from the University of Florida, for example, researchers tested coffee from various coffee shops on consecutive days and found little consistency, even among the same store. At one store, the same 16-ounce cup of coffee contained 259 mg of caffeine one day and an incredible 564 mg on another day.[iii]

Black tea, meanwhile, contains about a third of the caffeine of coffee or less: 50 to 96 mg per 16 ounces. And green tea contains even less: 50 to 60 mg per 16 ounces. But there’s another benefit to switching from coffee to green tea if you’re trying to reduce your caffeine intake or step down on your way to quitting it all together. “Green tea contains theanine, an amino acid that blocks the effects of caffeine in the brain, so it’s not as stimulating,” Dr. Rawls says.

3. Watch for hidden sources of caffeine 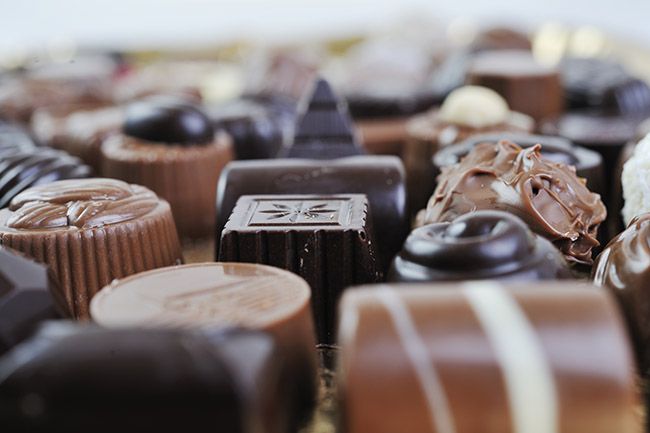 Caffeine can lurk in places you might not expect, including in decaffeinated coffees and teas. While the amount in decaf drinks isn’t much — up to 14 mg per 16 ounce serving, according to one study — if you’re sensitive to the effects of caffeine, you may feel it.

You’ll also find caffeine in chocolate and some over-the-counter cold medicines[iv] and pain relievers. Caffeine is a vasoconstrictor, so it temporarily narrows blood vessels in the brain, which in some people can help reduce head pain. But in other people, caffeine can have the opposite effect; it’s even been linked to an increase in migraines.

4. Look for your energy boost elsewhere 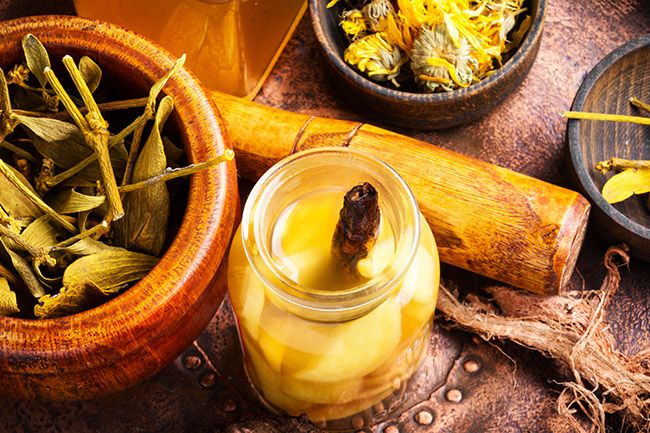 “For people who like the effects of caffeine and want to be energized, there are certain herbs that can affect energy pathways in the body,” Dr. Rawls says. “So rather than driving your body harder and pushing the accelerator like caffeine does, these herbs help your engine run more efficiently, giving you more energy to work with.”

Opt for herbs like rhodiola, tongkat ali, epimedium and eleuthero, which have been used in traditional medicine to boost energy, stamina, and athletic performance, and to promote a healthy libido, among other benefits. Research suggests that rhodiola, for example, may promote feelings of wellbeing, plus improve mental fatigue and athletic endurance.[v] Meanwhile, a small study published in Phytotherapy Research found that tongkat ali supplements increased total and free testosterone and muscular force in seniors.

5. Get help coping with stress 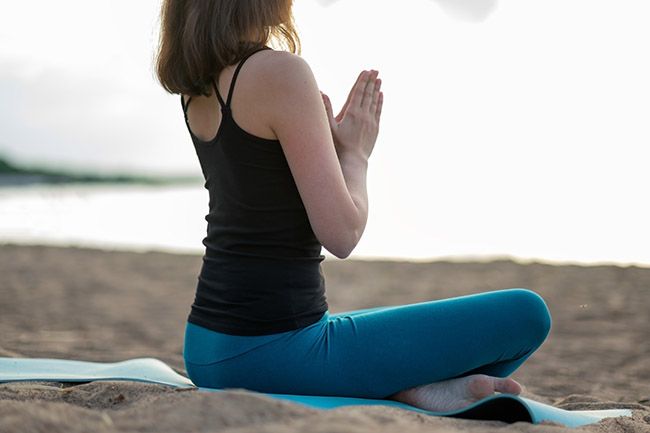 Quitting or cutting back on caffeine can leave you feeling irritable and out of sorts. So make sure you give yourself plenty of time to sleep and exercise, and eat well while in the process of weaning yourself off caffeine. Adaptogenic herbs like ashwagandha as well as l-theanine also support normal adrenal function, hormonal balance, and mood, which help you better manage stress and feel focused and alert, but also calm, Dr. Rawls says.*

Ultimately, the decision to quit caffeine is a personal judgment call. Coffee in particular has been linked with numerous health benefits, including a longer lifespan and reduced risk of cardiovascular disease, type 2 diabetes, Parkinson’s, and more. But if it’s robbing you of sleep and in general just makes you feel bad, it might be time to turn in your mug.

Share36
Pin2
Tweet
38 Shares
About the Medical Director
Dr. Bill Rawls
Dr. Rawls is a licensed medical doctor in North Carolina and a leading expert in integrative health. He has extensive training in alternative therapies, and is the Medical Director of Vital Plan, a holistic health and herbal supplement company in Raleigh, NC.
You might also like... 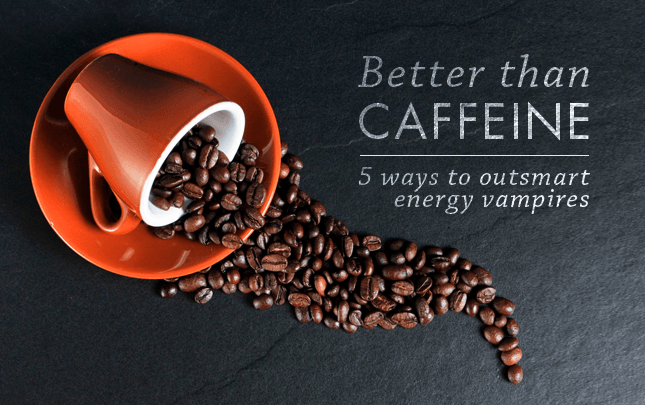 Better than Caffeine: 5 Ways to Outsmart Energy Vampires There’s an energy crisis in America, and it has nothing to do with fossil fuels. No, this crisis is about the overwhelming shortage of human energy—our collective lack of get-up-and-go.… 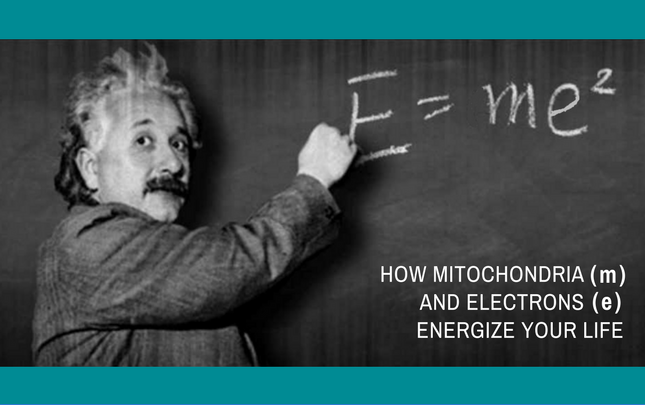 E is for Energy! How Mitochondria and Electrons Energize Your Life Energy is all around us. It powers everything from electronics to motors, and gives strength to plants, animals and humans alike. On a molecular level, energy is the flow of… 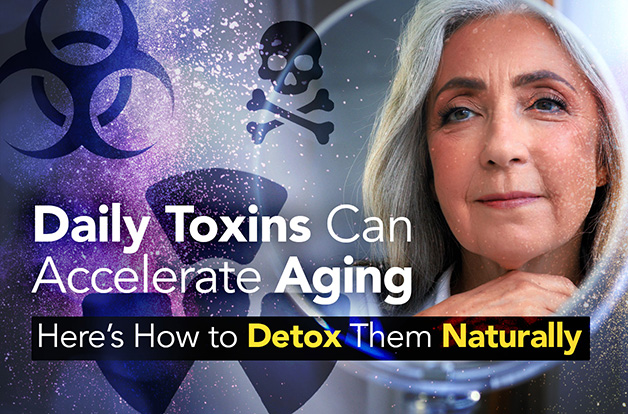 Daily Toxins Can Accelerate Aging — Here’s How to Detox Them Naturally Environmental toxins have always posed a risk to humans, even thousands of years ago. Back then, it was things like molds and other dangerous bacteria and viruses, poisonous berries and…
You might also like...

Better than Caffeine: 5 Ways to Outsmart Energy Vampires There’s an energy crisis in America, and it has nothing to do with fossil fuels. No, this crisis is about the overwhelming shortage of human energy—our collective lack of get-up-and-go.…

E is for Energy! How Mitochondria and Electrons Energize Your Life Energy is all around us. It powers everything from electronics to motors, and gives strength to plants, animals and humans alike. On a molecular level, energy is the flow of…

Daily Toxins Can Accelerate Aging — Here’s How to Detox Them Naturally Environmental toxins have always posed a risk to humans, even thousands of years ago. Back then, it was things like molds and other dangerous bacteria and viruses, poisonous berries and…
What's your Vital Plan?
Get your free personalized supplement recommendation. Take the survey »
follow us
JOIN OUR NEWSLETTER
For weekly tips & healthy recipes