Are Your Favorite Foods Disrupting Your Hormones?

It’s not exactly breaking news that a diet loaded with sweets isn’t good for you. The same is true with overloading on caffeine.

But there’s more to the story than the empty calories in sugar or the jitters you can get from a super-sized coffee. These and other foods can wreak havoc on your hormones, the chemical messengers that control numerous functions in your body.

“We still have a lot more to learn,” says Sharon Palmer, R.D., a nutritionist known as The Plant-Powered Dietician and author of the book Plant Powered for Life. “But it does look like diet and the environment can impact our hormonal systems, either with specific foods or components that are in some foods.”

It’s tough to sort out which foods could impact your hormones, but we’ve compiled a list of heavy hitters. Here are a handful of foods and beverages to be mindful of, plus tips for how to eat, drink, and be healthy — without ordering up a side of hormone disruption. 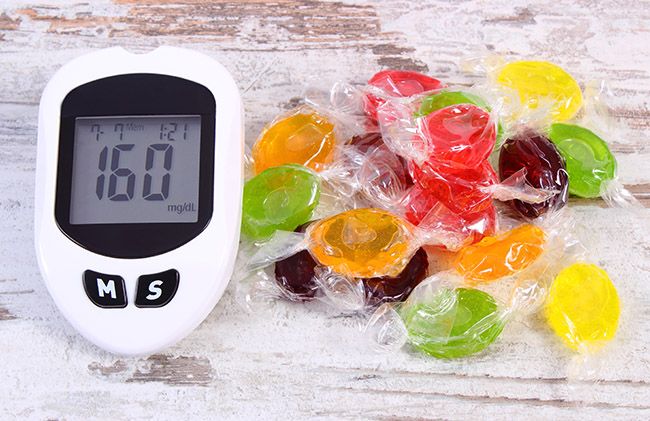 Think you can’t live without sugar? That’s exactly right. Glucose — a simple sugar found in your blood — is your body’s main source of energy.

After you eat or drink something, your body breaks down the food or beverage, sending glucose into the bloodstream. Your pancreas then pumps out insulin, a hormone that tells cells to take up glucose for fuel. If what you consumed happened to contain loads of simple sugars or carbs and not much else, glucose and insulin levels spike; anything that isn’t used by your cells for energy is stored as fat.

Binge on sugar regularly and, over time, some experts think it can contribute to insulin resistance. That means your body becomes less sensitive to the insulin, and you have to make more and more to do the job. That’s bad news, since excess levels of insulin interfere with immune function, says Dr. Bill Rawls, medical director of Vital Plan.

“All that work your body does making excess insulin may, down the line, overtax your system, causing insulin production to drop off altogether,” Dr. Rawls explains. That’s what type 2 diabetes is, and the incidence has risen sharply over the last few decades—closely following Americans’ increased consumption of sugar. (In 2015, more than 23 million people had diabetes, about 14 times the number in 1958.)

Scientists are still figuring out the exact role excess sugar plays in diabetes. Studies don’t show a definitive cause and effect, but research suggests it’s all linked, Palmer says. For example, multiple studies show that people who consume a lot of sugar, especially sugar-sweetened drinks that flood your system with glucose and fructose (an equally insidious component of sugar), have an increased risk of diabetes, among other health problems.

Any extra weight we gain from a diet heavy in sugary foods and drinks also affects our hormones. Fat tissue secretes hormones, including those that help control appetite, such as leptin. But too much fat tissue can throw normal hormonal balance out of whack, leading to unchecked hunger, trouble losing weight, and additional weight gain. Fat tissue also stores and produces estrogen, which may be a factor in the increased risk of breast cancer among women who are overweight or obese, according to a study in Endocrinology.

Here’s the buzz: Like most things, caffeine in moderation is fine. Studies even show coffee drinkers have a longer lifespan and a lower risk of cardiovascular disease, Parkinson’s disease, and other conditions. And catechins, the powerful antioxidants in green tea, make it a health all-star.

But high servings of the stimulant trigger the body to produce excess cortisol, a stress hormone. One study found that the equivalent of two to three cups of coffee caused levels of the hormone to jump 30 percent.

You probably know cortisol as the stress hormone because it surges when you’re on edge. That’s a good thing — it helps you deal with whatever is making your tense. But if you’re also caffeinated, cortisol levels climb higher, as does your perceived level of stress, reports a study in the journal Psychosomatic Medicine. In other words, caffeine will make you feel even more harried or anxious.

Caffeine can also mess with your body’s natural cortisol rhythms, says Dr. Rawls. “Cortisol production naturally peaks in the morning, helping you wake up and get the day started,” he explains. If you add a caffeine-cortisol buzz, you may feel extra tired soon after, when levels of both start to drop. Meanwhile, a caffeine-cortisol jolt later in the afternoon or evening, when the hormone would otherwise naturally decrease to signal it’s time to wind down, can mess with your circadian rhythms and keep you awake at night.

It gets worse: While cortisol can be beneficial in the short term, chronically elevated levels do a number on your health. It may hamper your immune system and interfere with the body’s ability to regulate inflammation, and studies have shown that it’s also linked to obesity. 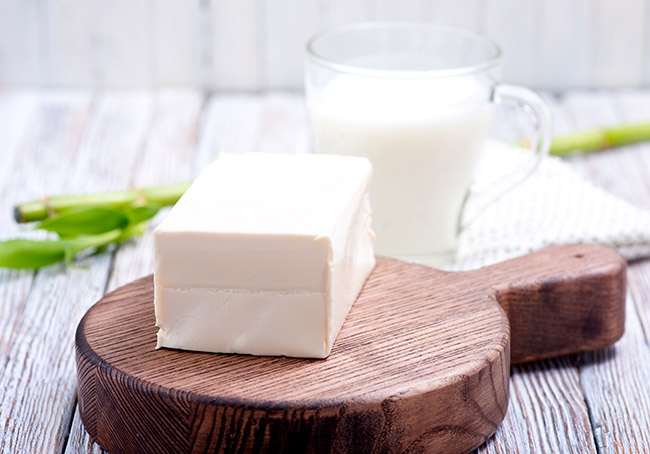 There’s been a lot of debate about soy over the years, all centered on soy compounds called isoflavones, or phytoestrogens. “They aren’t the same as estrogen, but are similar enough that they may act like it or activate estrogen receptors in the body,” Dr. Rawls says.

That may not be a bad thing. Phytoestrogens’ activity level is only around 1 percent of human estrogen, Dr. Rawls says. Phytoestrogens may also bind to estrogen receptors, blocking some of its more potent counterpart, potentially conferring a protective effect, he adds.

In any case, the latest research has led to a generally pro-soy consensus among experts. “A moderate intake of whole or minimally processed soy does not increase your risk of breast cancer,” says Palmer. “If anything, it may help protect your health.”

Case in point: Studies in Asian populations, who consume large amounts of soy starting in childhood, find that eating soy reduces the risk of breast cancer. Additional research suggests it may lower risk of heart disease, diabetes, and other cancers, too, and may even lessen hot flashes. According to a 2017 study of more than 6,000 women with breast cancer, those who ate the most soy had a 21 percent lower risk of dying of any cause during the nine-year study.

One type of soy may be problematic, however: highly processed soy that concentrates isoflavones, such as soy protein powders. These can contain upwards of 110 grams per serving, many times what a serving of whole soy or tofu delivers, Palmer says. “When you start isolating components, you can get much more isoflavones than you would from consuming whole foods,” she adds. 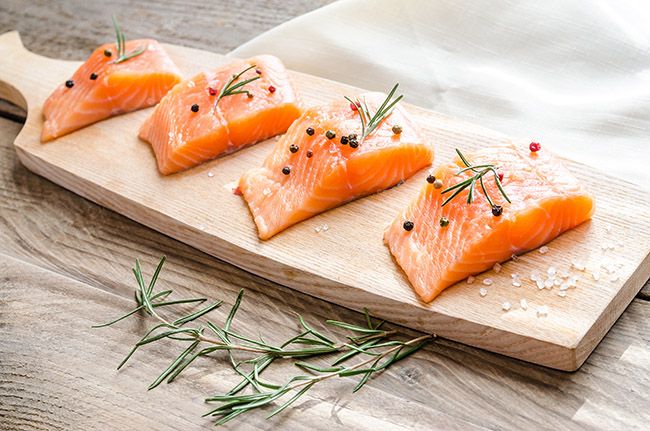 Seafood is an excellent source of lean protein and healthy fats, but some fish and shellfish are also awash in environmental contaminants known to be endocrine disruptors—chemicals that interfere with hormone production.

Mercury is a biggie: Exposure to the heavy metal may affect various hormone-producing glands and organs by interfering with hormone receptors or production. The most impacted hormones: insulin, estrogen, testosterone, and adrenaline, according to a report in the Journal of Preventative Medicine and Public Health. The same study also cites research linking mercury exposure to irregular periods and fertility troubles in men and women, as well as issues with cortisol production.

Polychlorinated biphenyls (PCBs) are also endocrine disruptors common in some types of fish. Though the industrial chemicals were banned in the late ’70s, they still lurk in waters where they infiltrate and contaminate seafood.[20]

“PCBs can have an estrogenizing effect in the body, and may suppress androgenic hormones,” Dr. Rawls says. Studies suggest men with higher levels of PCBs in their system have lower levels of testosterone. Meanwhile, women whose mothers had higher levels were more likely to have fertility problems. 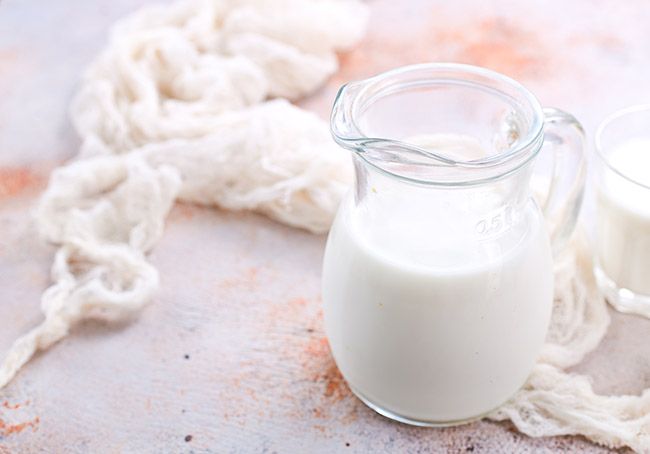 You may have heard that dairy from cows treated with hormones (to increase their milk production) or fed a soy-based diet can wreak havoc on your own hormones or systems, but the science isn’t so simple or straightforward.

One place the science does suggest milk may cause problems: Your skin. Insulin-like growth factor (IGF-1), a peptide that acts like a hormone and that’s found in milk and produced naturally in humans, has been linked to acne, according to a report in Advances in Dermatology and Allergology. That’s possibly due to its effect on pimple-promoting androgen hormones.

Research also suggests drinking a lot of milk could increase the risk of prostate cancer, also possibly due to IGF-1 pathways. Some good news: A 2016 review in Food & Nutrition Research found that milk consumption was associated with a lower risk of colorectal, breast, and other cancers—prostate cancer was the only one shown to be inconclusive.

While the verdict is still out, experts do know that synthetic growth hormones in cows, while not active in humans, do seem to increase levels of IGF-1 in milk. At the same time, few cows are actually treated with the hormones anymore, as farmers have been phasing them out due to customer concerns.

Ultimately, it may not matter, as even grass-fed, organic cows produce milk with IGF-1. To further complicate things: People who drink milk have higher levels of IGF-1, but so do those who drink soy milk, suggesting the boost may be from protein or other nutrients rather than the IGF-1 in milk itself.

The bottom line: “We don’t know enough about milk’s effects yet to say anything for sure,” Palmer says.

Share386
Pin4
Tweet
390 Shares
About the Medical Director
Dr. Bill Rawls
Dr. Rawls is a licensed medical doctor in North Carolina and a leading expert in integrative health. He has extensive training in alternative therapies, and is the Medical Director of Vital Plan, a holistic health and herbal supplement company in Raleigh, NC.
You might also like... 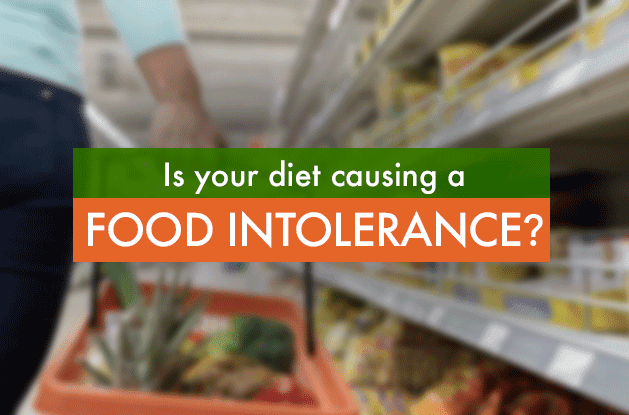 Is Your Diet Causing a Food Intolerance? If it seems like you’ve been hearing more and more about gluten sensitivities or dairy intolerances or friends giving up this food or that, it’s not just your imagination. Experts…

How to Prevent 6 Gut Issues That Get Worse with Age “Listen to your gut” has always been sound advice when it comes to making decisions. But it’s also smart to take that advice literally — to pay attention to the…
You might also like...

Is Your Diet Causing a Food Intolerance? If it seems like you’ve been hearing more and more about gluten sensitivities or dairy intolerances or friends giving up this food or that, it’s not just your imagination. Experts…

How to Prevent 6 Gut Issues That Get Worse with Age “Listen to your gut” has always been sound advice when it comes to making decisions. But it’s also smart to take that advice literally — to pay attention to the…
What's your Vital Plan?
Get your free personalized supplement recommendation. Take the survey »
follow us
JOIN OUR NEWSLETTER
For weekly tips & healthy recipes