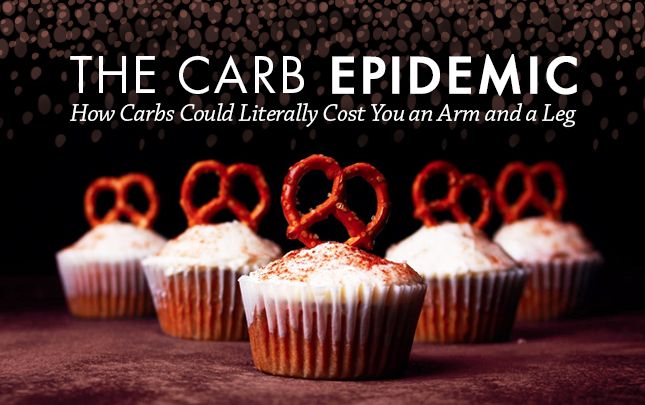 The Carb Epidemic: How Carbohydrates Could Literally Cost You an Arm and a Leg
Share96
Pin1
Tweet
97 Shares

My son is doing an internship in surgery this year. His current rotation is vascular surgery. I thought vascular surgery sounded pretty exciting, but he quickly countered otherwise.

What he told me was a reflection of a concerning epidemic going on in America. 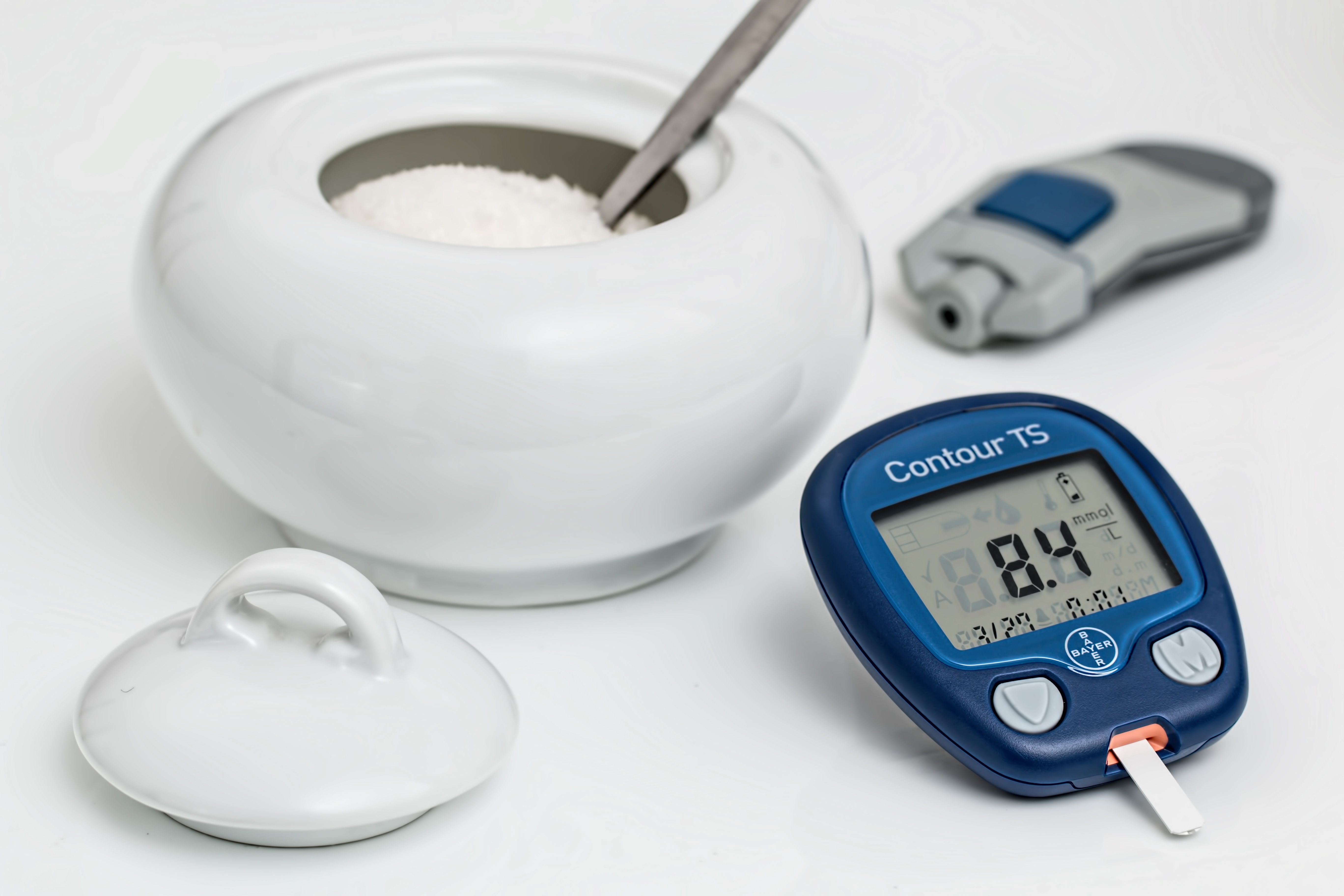 More than half the patients on the vascular surgery service are Type II diabetics getting shunts for dialysis. Uncontrolled blood sugars commonly associated with Type II diabetes often destroy the person’s kidneys, resulting in the need for dialysis.

Diabetic patients typically have terrible veins to start with, but the large needles required for dialysis can quickly destroy what’s left of a vein. Vascular surgeons are therefore responsible for removing large veins from deep in the legs and transplanting them onto veins in the arms. Because dialysis is performed several times a week, keeping these shunts open is a constant surgical headache.

Amputation of limbs, mostly feet, in severe Type II diabetic patients accounts for another quarter of the vascular service. The remainder of the service is devoted mostly to managing other complications of diabetes. The really exciting stuff that might be expected on a television show makes up a small portion of what vascular surgeons do every day.

This is true of most medical and surgical specialties. According to the American Diabetes Association (ADA), the staggering cost of diabetes care continues to climb every year. A study sponsored by the ADA tallied the direct cost of diabetes care in 2012 to be $245 billion — that’s billion with a b. That was up from $174 billion in 2007, a 41% increase. Current estimates have climbed to $322 billion a year.

All for an illness that is largely preventable.

Type II diabetes is specifically associated with overconsumption of sugar and starches — nothing more. Before 1900, Type II diabetes was virtually unknown as an illness. It didn’t start showing up until the mid-twentieth century when carbohydrates began saturating the food supply. 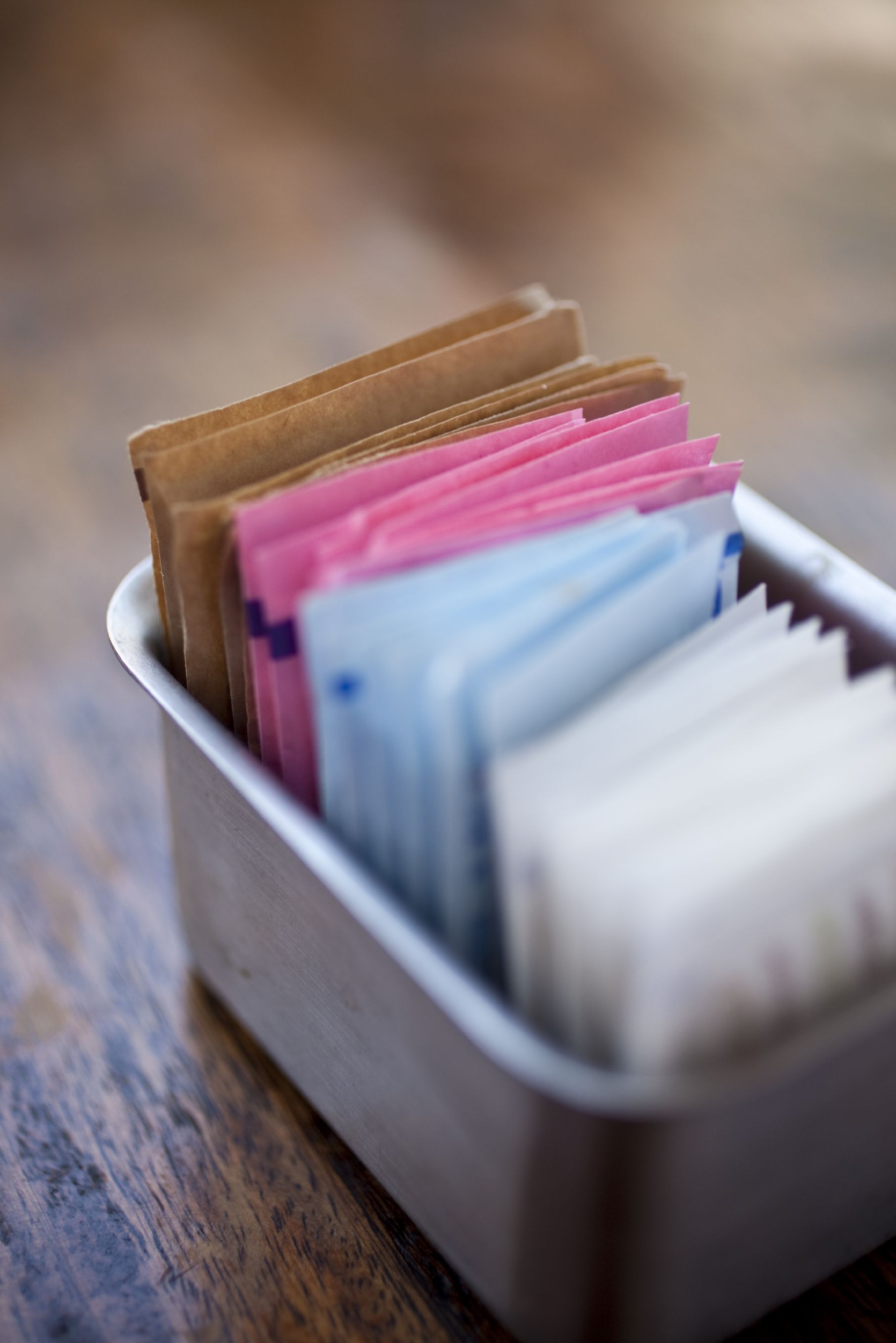 Carbohydrates include all sugars and starches. There are many types of sugar, but the most prevalent sugars are glucose and fructose. Common sweeteners such as table sugar from sugarcane and high fructose corn syrup found in most food products contain both glucose and fructose. Fruit contains mostly fructose.

The primary sources of dietary starches are grains (chiefly corn and wheat in America) and potatoes.

When the Damage Occurs

You don’t have to develop diabetes to be harmed by eating too much starch and sugar. Any amount of carbohydrate that isn’t immediately utilized by the body is potentially harmful. The degree of harm is directly proportional to the extra carbohydrate consumed.

The primary toxicity of sugars like fructose and glucose is their tendency to stick to proteins. This “sugar-sticking” process is called glycation. Considering that most of the functional and structural parts of the body are made of proteins, the potential for harm is great.

Excessive protein sticking basically gums up the operating machinery of cells. All functions in the body are compromised, including immune functions and the body’s ability to heal.

Glycation also has a major effect on collagen, the primary structural support protein of the body. When glucose sticks to collagen, it “crunches” the collagen down and support is lost. This affects blood vessels, joints, muscles, brain, eyes, heart, and especially skin. “Collagen crunchers” play a major role in skin aging (other collagen crunchers include UV light from sun and toxins from cigarettes). 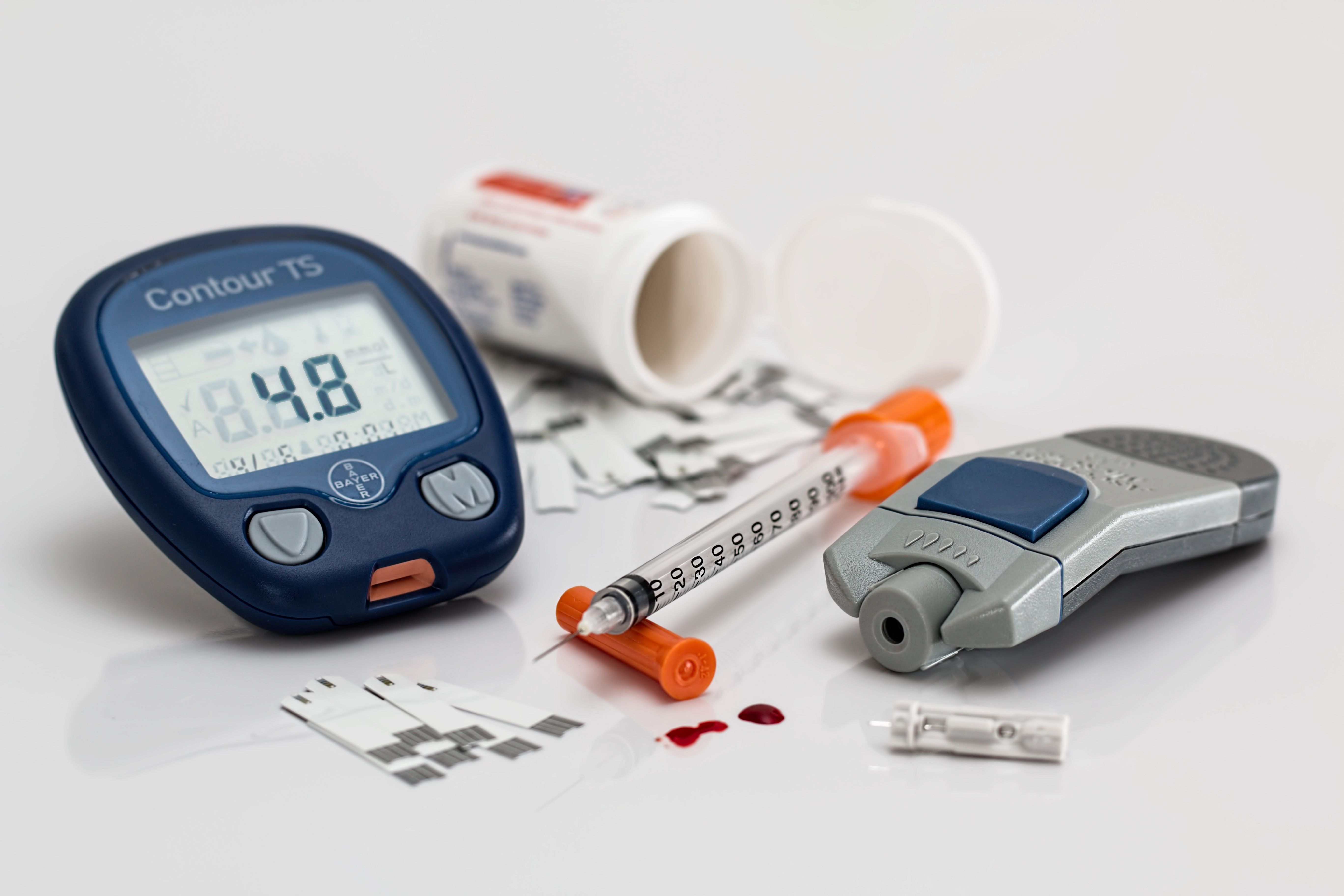 If excessive carbohydrate consumption is an everyday habit, cells of the body become resistant to the effects of insulin. When cells become insulin resistant, ever higher amounts of insulin are required to lower blood sugar levels.

Excess carbs feed bacteria in the intestines and colon. Overgrowth of carbohydrate-fermenting bacteria in the small intestine causes chronic gas and bloating. Down the tract, in the distal small intestine and colon, excess carbohydrates stimulates “bad” bacteria that can contribute to a host of different intestinal symptoms. This disruption of the gut microbiome, often referred to as dysbiosis, is now being linked to a variety of chronic illnesses.

Your midline is the most obvious way to gauge carbohydrate consumption. If you’re overweight, then it’s most likely because you’re overindulging in sugar and starches.

You can also measure how well your body is managing carbohydrates with a simple test from the pharmacy. You do not have to have a prescription to obtain a glucometer. To measure blood glucose, you use a device to lance a finger (it’s not that bad, especially if you stick the side and not the tip of your finger) and insert the strip into the glucometer.

It’s best to measure fasting blood glucose (before eating in the morning), and a two-hour postprandial blood glucose (two hours after eating a meal). Target blood glucose levels are <100 fasting (ideal <90) and <140 2 hr PP (ideal <120). This is test that I think everyone should do periodically. A simple test from your doctor’s office, called hemoglobin A1c, can measure the level of glycation in your body. Hemoglobin is the protein in red blood cells that carries oxygen in your blood. Glucose sticks to hemoglobin, just like any other protein in the body, so it is a very good measure of total body glycation.

Fasting blood insulin level is another simple test that can be done in a doctor’s office. It can help define the degree of insulin resistance in someone with borderline elevated blood sugars and Hb A1c.

Avoiding carbs is easier said than done. Even as I write this, I’m fighting the urge to raid the pantry for something sweet or starchy. The drive to eat carbohydrates is stronger than any other natural drive — even sex. Like most people, I struggle with it every day. 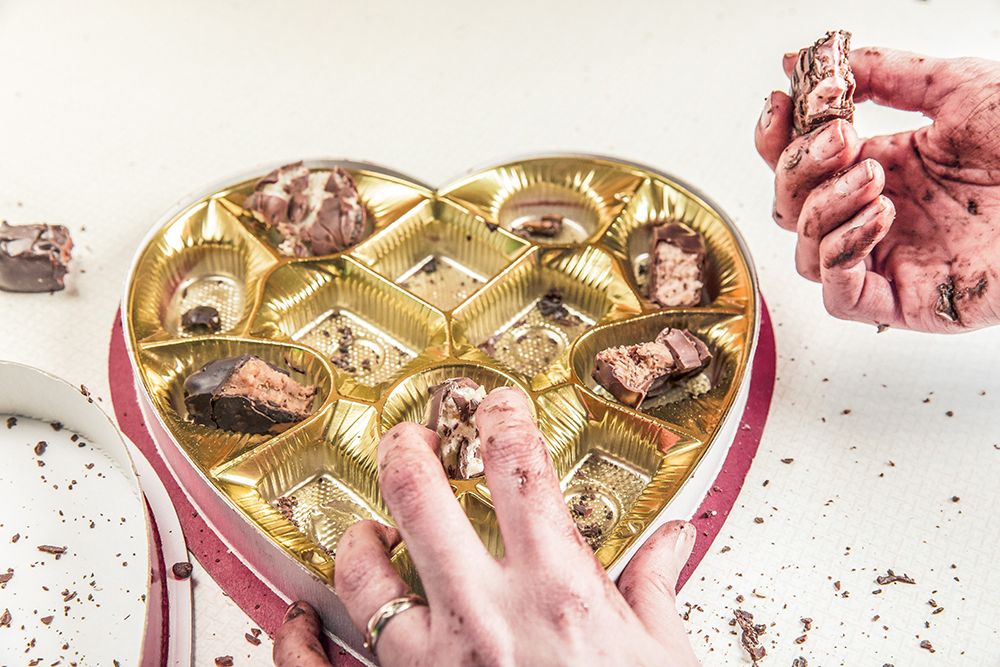 It’s not just sticky buns and donuts that get us; carbohydrates are hidden in virtually everything we eat.

More than half the food sold in any establishment in America, from grocery stores and restaurants to convenience marts, is saturated with carbohydrates. This is even true of high end restaurants and natural food groceries. The carb explosion is frightening.

Virtually every packaged food and beverage product on the market is carb loaded. And it’s not just high fructose corn syrup any longer. Sugars from a variety of sources, including agave, fruit sugar, organic cane sugar, coconut sugar, and palm sugar, are showing up in high-end “health” food and beverage products. Make no mistake, however, sugar is sugar.

Being Smart About Carbs

Let me be honest here. If you’re used to carb-loaded food and like carb-loaded food, nothing is going to ever taste as good as carb-loaded food. But it’s a matter of priorities. If you want to enjoy good health, you must learn to minimize carbs. The sooner in life you make that choice, the better.

It’s a matter of embracing food for how it can enrich your life instead of how it feeds your cravings.

Some people go as far as adopting a ketogenic diet. To become ketogenic, you must restrict carbohydrates to less than 100 grams per day. The body converts to burning fat (ketones) instead of carbohydrates.

There is good reason to consider it. Numerous scientific studies have shown that ketogenic diets are associated with reduced cancer risk, reduced incidence of chronic disease, and improved longevity. Many people report feeling great on a ketogenic diet and some endurance athletes have gone ketogenic.

Going completely ketogenic, however, is a real challenge — especially in our carb-saturated world. Carbs add flavor to food. Not having any carbs robs pleasure from eating.

Not surprisingly, most health conscious people elect to follow a less extreme pathway. You can gain significant health benefits by reducing carbs without eliminating them completely. It’s a matter of only consuming the amount of carbohydrate that you will burn each day.

Minimizing processed food products and fast foods is good place to start. This will necessitate getting into the kitchen and making your meals from scratch. A healthful diet should be mostly vegetables rounded out by temperate fruits, nuts, natural protein sources such as fish and poultry, and some whole grains, beans, nuts, and healthful fats.

When you make the choice to make your own, you have complete control over the amount of carbohydrate that you and your family will consume. Making your own food is enjoyable and generally much more tasteful than anything you might find in a package.

Snacks are a bit more of a challenge. What you have around the house is what you will eat. If you have carb-loaded snacks around, you will always eat them first before choosing healthy snacks.

Once you do get around to cutting the carbs, a funny thing happens — things that once tasted barely sweet suddenly taste sickeningly sweet. It’s a result of a phenomenon called receptor adaptation. The more often a receptor is repeatedly stimulated, the larger the amount of stimulant will be required to activate that receptor.

In other words, when you restrict carbohydrates, you will need less sweet and starch to be satisfied.

Your body will also thank you. You will automatically feel better, think faster, move better, and get more pleasure out of life. 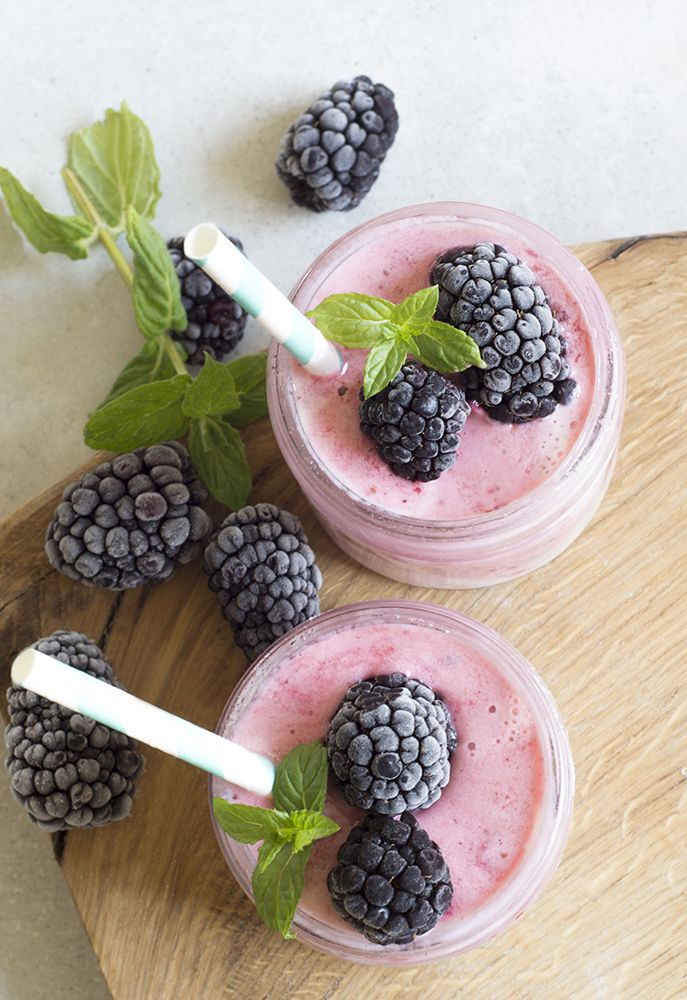 Share96
Pin1
Tweet
97 Shares
About the Medical Director
Dr. Bill Rawls
Dr. Rawls is a licensed medical doctor in North Carolina and a leading expert in integrative health. He has extensive training in alternative therapies, and is the Medical Director of Vital Plan, a holistic health and herbal supplement company in Raleigh, NC.
You might also like... 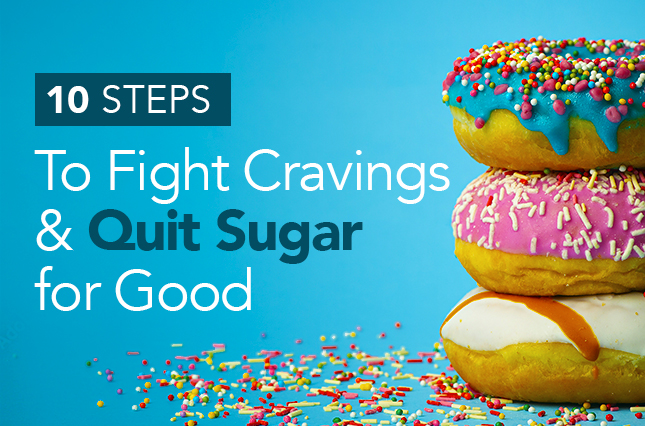 10 Steps to Fight Cravings and Quit Sugar for Good Most of us can agree: A little sugar here and there is part of what makes life so sweet. Its molecular form — called glucose — is your cells’ preferred…
You might also like...

10 Steps to Fight Cravings and Quit Sugar for Good Most of us can agree: A little sugar here and there is part of what makes life so sweet. Its molecular form — called glucose — is your cells’ preferred…
What's your Vital Plan?
Get your free personalized supplement recommendation. Take the survey »
follow us
JOIN OUR NEWSLETTER
For weekly tips & healthy recipes