Eating well and meeting all of the daily nutritional recommendations is hard enough when you have no dietary restrictions. But if you’re on any kind of diet that eliminates specific ingredients or entire categories of foods—whether it’s for health purposes, to lose weight, to align with your ethical beliefs, or any other reason—there’s a good chance you’re falling short on certain key nutrients, says nutrition counselor Stephanie Clarke, M.S., R.D., cofounder of C&J Nutrition.

That doesn’t mean, however, that you have to break your diet rules in order to meet your nutritional needs. Which is especially reassuring news if you’re someone with a serious condition like Celiac disease who simply can’t start eating whole grains without some very real health consequences.

We asked Clarke to help identify possible deficiencies you should be thinking about if you’re following a Paleo, Keto, gluten-free, strict elimination, or vegan diet. Keep reading to discover the most common deficiencies, plus what you can add to your plate that’s within your dietary restrictions to help replace those missing nutrients. 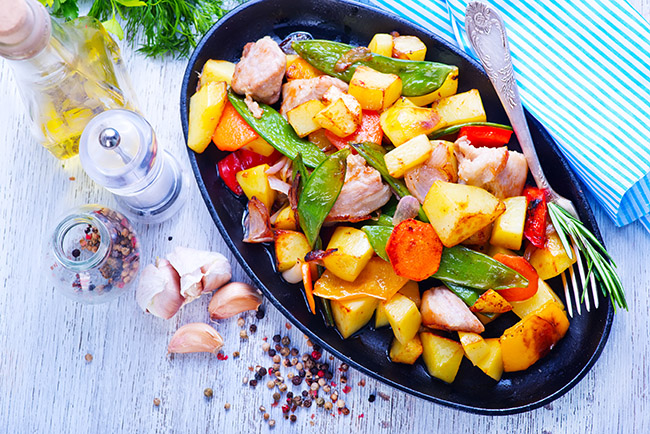 The basic premise of the Paleo Diet is that you can eat anything a caveman (or cavewoman) could hunt or gather back in the Paleolithic era, more than 2 million years ago. That means yes to meat, fish, nuts, leafy greens, regional produce, and seeds, and no to modern foods—namely grains, dairy, and legumes.

Smart fixes: It’s hard to get enough calcium from natural sources other than dairy, so Clarke suggests looking for a Paleo-friendly non-dairy milk like coconut or almond milk that’s fortified with calcium. If you’re eating plenty of vegetables, you’re likely getting enough fiber and folate, a B vitamin that’s essential for heart health, preventing birth defects, and more. But if your diet is pretty meat heavy, start piling more vegetables like broccoli, asparagus, and dark leafy greens on your plate. 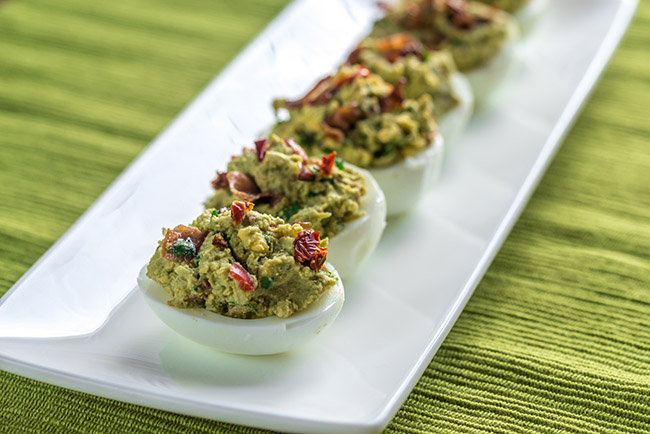 This diet was originally developed for use in hospitals to help control seizures in children with epilepsy, says Clarke, but has recently become popular for weight loss. The very low-carb, high-fat plan requires you get only 10% of your calories from carbohydrates and 20% from protein; the remaining 70% should come from fat—think tons of meat, fish, nuts, and oils. Even fruits and vegetables are limited because of their carbohydrates, and so is dairy thanks to its lactose (a natural sugar).

You might be missing: Fiber, B vitamins, vitamins A and C, and calcium

Smart fixes: Eat more green leafy vegetables like spinach, chard, and kale, which are low in carbs but high in B vitamins, A, C, and fiber. These greens also contain some calcium, but not enough, so Clarke recommends taking a daily multivitamin and mineral supplement that includes 100% of your daily value of key vitamins and minerals. 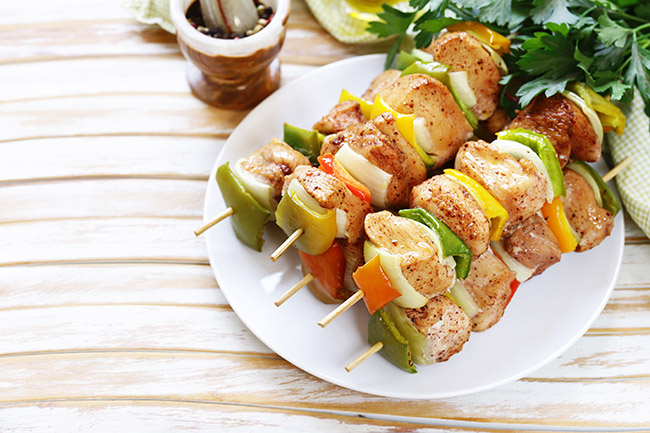 Only a small percentage of people have Celiac or a true intolerance to gluten, a protein in wheat (and wheat varieties and derivatives like farro and spelt), rye, barley, triticale, malt, brewer’s yeast, and wheat starch. But many more people have a sensitivity to gluten, and nixing it from their diet can relieve symptoms such as GI distress, brain fog, and joint pain.

Smart fixes: Falling short on B vitamins and fiber is really only a concern if you don’t eat a lot of vegetables and you’re entirely grain-free (meaning you don’t eat gluten-free grains like brown rice, quinoa, and amaranth), explains Clarke. If that’s you, time to load up on leafy greens for folate, and beans and produce like raspberries, apples, and pears for fiber. Note that many gluten-free packaged products such as breads and cereals are not fortified with folic acid (the synthetic version of folate), so don’t count on those to meet your folate needs unless the label says otherwise. 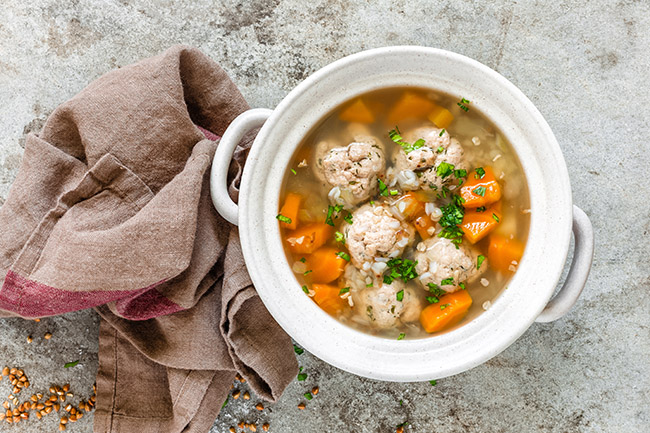 These diets can vary depending on your individual needs, but it involves eliminating all foods that are suspected of disrupting digestive function and health due to allergies, sensitivities, chronic illness, or an otherwise impaired immune system. That can entail nixing all grains (there may be some exceptions, such as white rice), seeds, dairy, eggs, legumes, tree nuts, nightshade and cruciferous vegetables, and most meat (aside from chicken and fish).

Smart fixes: Remember that most non-dairy milks are fortified with calcium, so choose one that is (check the label) and that works with your plan, such as oat or rice milk. Your folate is likely low because you’re not eating fortified foods or some of the top vegetable sources such as black-eyed peas (legumes) and broccoli (cruciferous), so focus on the high-folate produce you can have such as asparagus, white rice, and avocado. Look to vegetables and fruits on your “yes” list to help pump up your fiber intake as well. 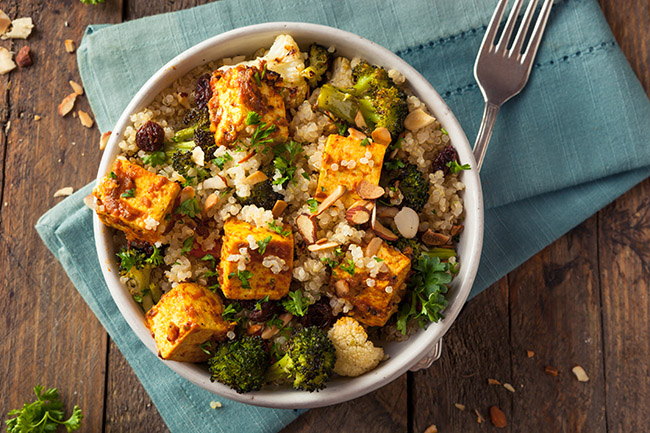 Veganism is characterized by no animal products, including all meat, fish, eggs, and dairy. It’s a rapidly growing trend: While only about 6% of Americans are vegan according to one 2017 survey, that’s exponentially higher than the estimated 1% of vegans in 2014.

Smart fixes: The only reliable vegan source of B12 is fortified foods (non-dairy milks and some tofu, soy, and cereal products), so if you’re not eating fortified foods a few times a day, you should take a B12 supplement, says Clarke.

Iron from non-heme (non-animal) sources is not as easily absorbed by the body. It’s easy to get enough from sources like legumes, blackstrap molasses, nuts, seeds, dried fruits, whole grains, and even dark chocolate, just be sure to pair it with a little vitamin C (strawberries, kiwi, oranges), which aids in iron absorption, says Clarke.

When it comes to protein, most Americans (including vegans) get more than they need, which is 10-20% of their daily calories, says Clarke. But if you suspect you’re falling short, aim to have two or more complementary proteins at every meal—pairing incomplete proteins such as whole wheat, rice, beans, lentils, and peanuts will provide all the essential amino acids you need.

As for vitamin D and omega-3s, two 3-4 ounce servings of salmon a week should be enough to hit your levels, but you might still consider taking a vitamin D supplement—even the healthiest people have trouble getting enough D, says Clarke. And if you’re struggling to meet your caloric needs, lean on high-fat avocado and oils on your approved list (avocado, canola, grapeseed, and olive oils are usually allowed): One gram of fat delivers 9 calories, compared to only 4 calories in a gram of carbohydrate or protein.

As always, talk with your healthcare practitioner if you have any concerns about nutritional deficiencies or starting a new diet or supplement. Have other questions or suggestions about filling in nutritional gaps? Share them with us on Facebook.

Tweet
Pin
Share
+1
About the Medical Director
Dr. Bill Rawls
Dr. Rawls is a licensed medical doctor in North Carolina and a leading expert in integrative health. He has extensive training in alternative therapies, and is the Medical Director of Vital Plan, a holistic health and herbal supplement company in Raleigh, NC.
You might also like...

Is Your Diet Making You Nutrient Deficient? Eating well and meeting all of the daily nutritional recommendations is hard enough when you have no dietary restrictions. But if you’re on any kind of diet that eliminates specific…
You might also like...