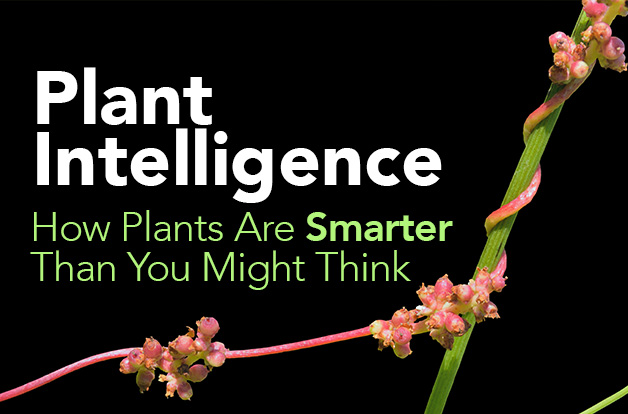 Plant Intelligence: How Plants Are Smarter Than You Might Think

Have you thanked a plant today? As you may know, plants play a crucial role in our world, providing us with food, oxygen, lumber, fuel, a liveable climate, and many medicinal drugs and herbs. Despite our dependence on plants, it’s easy to overlook their brilliance and inherent intelligence, and in doing so, we’re missing out on some of the most fascinating aspects of them.

Here, we’ll take a closer look at plant intelligence and show you some surprising similarities between plants and humans while giving you a better understanding of the inner workings of the plant world.

What is Plant Intelligence, Anyway?

In general, intelligence is the capacity to acquire and apply knowledge and the ability to perceive, interpret, and respond to the environment. Even though plants and animals are from different biological kingdoms, there are some striking similarities in how their intelligence is demonstrated — namely, they both have the ability to hear, smell, remember, see, hunt, and move. 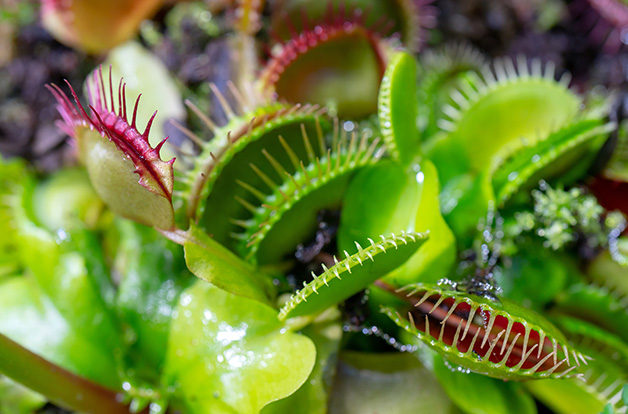 Although plant intelligence is something that’s been accepted by indigenous cultures for thousands of years, only in the past few decades has the scientific community turned its attention to the topic and got on board with a number of ways plants demonstrate intelligence.

For several decades, scientists have known that plants can sense threats and increase their production of defensive chemicals, such as tannins or other phytochemicals, to deter grazing animals or microbial threats. Essentially, it’s the plant’s form of an immune system. Furthermore, we’ve learned that some plants don’t stop at defending themselves alone.

In fact, recent research shows that when certain plants encounter threats, they have the ability to warn other plants through the use of airborne chemicals. Like lighting the torch on a lookout tower, this warning signal allows neighboring plants to increase their production of defensive phytochemicals preventatively.

2. Plants Have an Elaborate Communication Network.

Plant communication doesn’t happen solely through the air from plant to plant. Plants also talk with one another through the ground via a complex and deeply integrated system called the common mycorrhizal network (CMN). This intricate underground web uses fungi to connect the roots of neighboring plants, allowing for multidirectional communication.

For example, if a plant is attacked by an insect, like an aphid, the plant may send out a signal via the CMN to alert neighboring plants to shore up their defenses.

This same underground network also distributes resources and nutrients within a plant community, giving extra support to “kin plants,” such as offspring and parents. But sharing isn’t limited to just family plants. Certain trees (like the Douglas fir and paper birch tree) alternate exchanging resources with one another based on complementary seasonal excesses and deficiencies, according to research from the University of British Columbia.

But like humans, even plants don’t get along all the time — saboteurs such as certain parasitic plants can essentially hack into the CMN and steal resources. Other plants, like black walnut trees, can send out underground toxins to discourage nearby competition.

All in all, however, plant communities get along quite well and have evolved to be highly integrated, mutually supportive, and resilient. Like a healthy human society, the more they work together, the more every member benefits.

In the words of herbalist Richard Mendalbaum, “No longer can we view plants as mere individuals competing for resources… As in human and other animal communities, competition exists, but alongside mutualism and sharing. Plants are social.”

Here’s a fun, short video from the BBC demonstrating how the CMN works.

In addition to the ground resources plants absorb, some plants are even more inventive when it comes to getting their nutrients. For instance, the parasitic dodder plant receives the vast majority of its nutrients by searching for and parasitizing other plants.

Repeated experiments with the dodder plant (Cuscuta spp.) have shown that it’s able to detect the airborne chemicals of its prey plant (a tomato plant, in this case) and then move in the direction to parasitize it. In the video below, you can see the circular sweeping motions of the dodder as it searches for and approaches its prey. If we were to draw a comparison to humans, this plant shows hunting abilities but within a limited range. 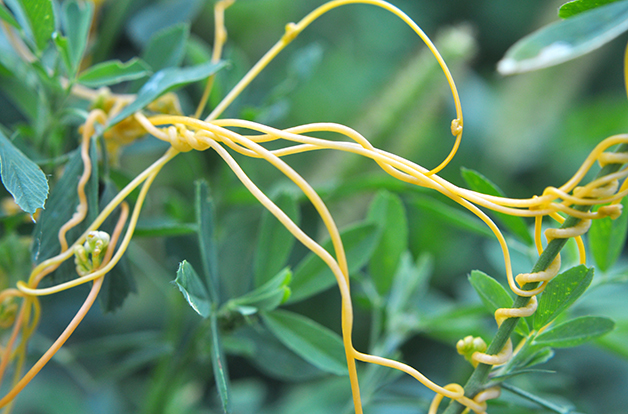 Able to perform mild photosynthesis, the dodder plant primarily parasitizes other plants for energy and nutrients.

4. Plants Remember Despite Not Having a Brain.

Mimosa pudica is a perennial flowering plant with the unique ability to protect itself by closing its fern, frond-like leaves when touched, dropped, or blown with a puff of air. Could the plant’s physical, defensive behavior indicate a basic capacity to learn?

In 2014, scientists did an interesting study on these peculiar plants: They exposed the plant to repeated stimuli to trigger its leaf-closing capabilities. After a time, the plant became habituated to the stimuli, and it no longer closed its leaves.The plant retained this behavior for about a month, even when it was placed in more favorable conditions, suggesting it may have some type of memory despite not having a brain.

While this might sound primitive, Mimosa pudica’s ability to gather information about its surroundings and make the necessary changes are sure signs of the plant’s capacity for elementary learning.

5. Plants Hear and Respond to Sound.

Many flowering plants can detect the presence of their pollinators by identifying species-specific vibrational patterns. For example, when plants were exposed to recordings of the rapidly beating wings of a pollinator bee or similar sounds, it triggered the plant to make itself more desirable for pollination, as demonstrated in a 2019 study. 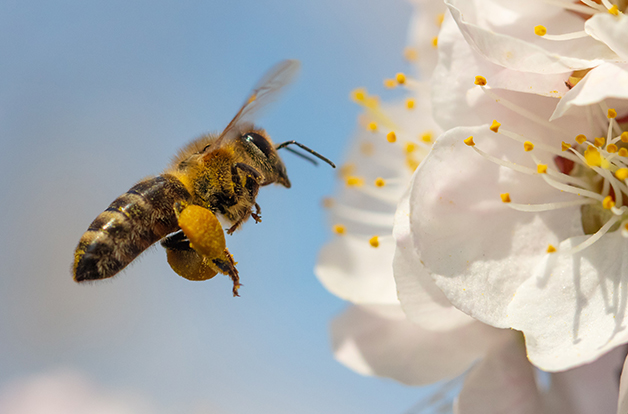 Indeed, the sound of a flying bee caused the plant to release 20% more nectar with greater sweetness than usual in just three minutes. How did the plant detect these sounds? It’s thought that the flower petals act as a sort of auditory sensory organ analogous to the human ear.

In addition, many plants can detect the sound of insects munching on their leaves and differentiate that sound from the harmless vibrations of wind or insect songs. The sound of feeding triggers the plant to increase the production of defensive chemicals to ward off the grazer.

Plants also exhibit their sense of hearing when it comes to finding water. While plant preference is to use soil moisture concentrations to lead the way, they can use the sound of moving water to help them locate and reach roots toward water sources. Ultimately, a plant’s ability to hear, detect, and respond to sound to acquire nutrients and resources truly is a remarkable demonstration of intelligence!

Plants Are More Than Meets the Eye

Plants are a great reminder that just because something or someone isn’t similar to you on the surface, you may actually have more in common than you realize. Plants are much smarter than we think — so the next time you see a plant, take a moment to soak up the sights and appreciate all the unseen forces at work to help it survive and thrive in this world.

Share26
Pin1
Tweet
27 Shares
About the Medical Director
Dr. Bill Rawls
Dr. Rawls is a licensed medical doctor in North Carolina and a leading expert in integrative health. He has extensive training in alternative therapies, and is the Medical Director of Vital Plan, a holistic health and herbal supplement company in Raleigh, NC.
You might also like... 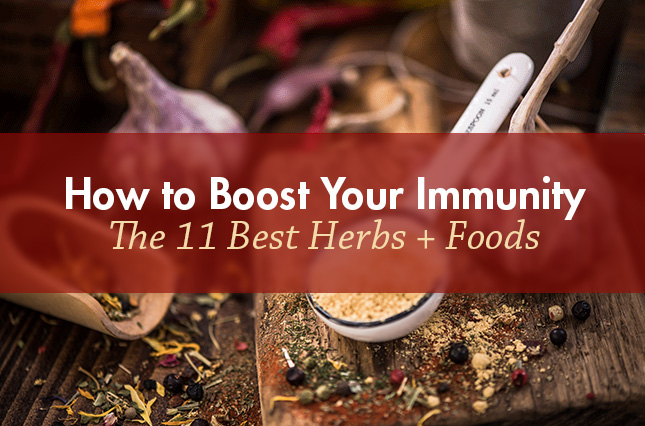 How to Boost Your Immunity: The 11 Best Herbs + Foods If there's anything we've learned from recent news, it's that there are a lot of hidden health threats waiting in the wings to rear their ugly heads. While it's impossible… 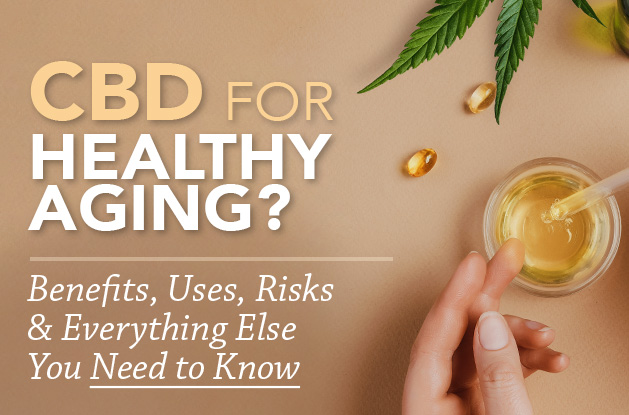 CBD for Healthy Aging? Benefits, Uses, Risks & Everything Else You Need to Know It’s now been a year and a half since the passage of the Hemp Farm Bill of 2018, which legalized the production and sale of cannabidiol (CBD) products in most… 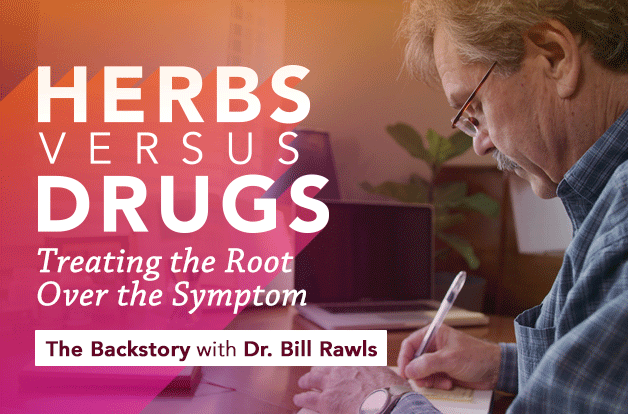 Herbs vs. Drugs: Treating the Root Over the Symptom — The Backstory with Dr. Bill Rawls Herbs vs. drugs: It’s not a question of which is better, but rather when, why, and how each of these powerful therapies should be used for the greatest benefit. In…
You might also like...

How to Boost Your Immunity: The 11 Best Herbs + Foods If there's anything we've learned from recent news, it's that there are a lot of hidden health threats waiting in the wings to rear their ugly heads. While it's impossible…

CBD for Healthy Aging? Benefits, Uses, Risks & Everything Else You Need to Know It’s now been a year and a half since the passage of the Hemp Farm Bill of 2018, which legalized the production and sale of cannabidiol (CBD) products in most…

Herbs vs. Drugs: Treating the Root Over the Symptom — The Backstory with Dr. Bill Rawls Herbs vs. drugs: It’s not a question of which is better, but rather when, why, and how each of these powerful therapies should be used for the greatest benefit. In…
What's your Vital Plan?
Get your free personalized supplement recommendation. Take the survey »
follow us
JOIN OUR NEWSLETTER
For weekly tips & healthy recipes