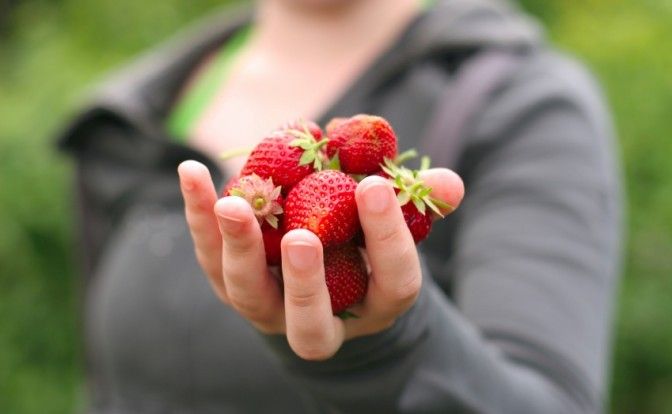 In recent media, you may have seen headlines of a controversial Stanford University study on organics which claimed that organically grown foods offer no real health benefit over conventionally grown foods in terms of nutrition. The organic vs. non-organic debate has replayed in the media time and time again, posing questions about the health value and extra cost of organic produce. If you’ve ever heard us speak about the importance of reducing toxin exposure by choosing organically grown produce and free-range meats, then you already know how we feel about the conclusions of the Stanford University study; we politely disagree.

While the overall conclusion in the Stanford study was that their research lacks strong evidence that natural and organic foods are significantly more nutritious than conventionally grown foods, there were two findings that reaffirm Vital Plan’s favorable opinion of eating organic. The study showed that organically food contained 30% fewer pesticides and 33% fewer antibiotic resistant bacteria compared to conventionally grown foods. Researchers also found that children with a natural and organic foods diet had lower amounts of pesticides in their urine than children eating a non-organic diet.  These findings are especially reassuring because childhood disorders like autism and ADHD are health problems associated with pesticide exposure.

The steady rise in the types and concentrations of toxins in our food over the past fifty years is concerning. The primary culprits for the rise of toxins in food are large-scale commercial agriculture and commercial food processors. Factory farm waste and industrial by-products of plastics and petroleum also contribute to soil contamination and water pollution. Toxins are harmful because of the way they react in biochemical reactions within the body; any reaction can be ‘poisoned’ by different toxins. When these environmental toxins from commercial agriculture enter our food and water, they can directly damage DNA. Some toxins generate free radicals or are free radicals themselves, increasing our burden of oxidative stress –a major factor in diseases such as atherosclerosis and arthritis.  Other toxins have the potential to mimic hormones in the human body, providing a direct link to hormonal cancers such as breast cancer, uterine cancer, and prostate cancer.

Certainly no one would ever intentionally drink or eat pesticides, chemicals, or industrial by-products, and yet we readily allow these toxic substances to enter our homes, our food, and our water supplies.  We are not aware because the quantities are too small to see or taste. Measured independently, small doses of chemical toxins may not produce immediate adverse effects, but cumulatively the story may be quite different. The sheer numbers of potentially toxic molecules to which we are exposed on a daily basis is problematic.  Fortunately, we are beginning to have some better choices. Natural and organic foods and chemical-free products are becoming more readily available everywhere.

Local farms and farmer’s markets where fresh fruits and vegetables are displayed in open bins are often the best places to buy your food. When you go, bring your own cloth bags and a cooler for free-range meat. When shopping at a conventional supermarket, choose liquid food products in glass or paper containers whenever possible and avoid (to the extent practical) food products wrapped in plastic.

While many people feel that going organic is too expensive, the overall cost of natural and organic foods is less than you would think. Though the retail cost of such food steers many away, it is a matter of supply and demand: As organic food demand increases, the cost will gradually come down—and our total healthcare bills will also likely substantially decrease. In addition, a switch to eating organic means that our water supplies and the environment in general would be safer and cleaner, an added benefit for every living thing on the planet.

It’s important to remember that even organically grown food contains some natural toxins, and other toxins are difficult to eliminate from our soil and water. Many foods, even organically grown ones, have the potential to cause food sensitivities. A wide variety of medical conditions can be caused or aggravated by sensitivities to certain foods. So, beyond organic, the key to healthy eating is diversity. Eating a varied diet full of seasonal produce is a naturally healthy practice. Make a habit of buying locally grown food whenever it is available. This helps small farms and decreases transportation costs and associated pollution. Get to know local farmers, many of whom are making efforts to decrease pesticide use, even though they have not received official organic certification. It also makes sense to rotate food sources so as to reduce the cumulative impact of any one particular toxin that might be in a product.

Another way to reduce your toxin load from food is to avoid products that are directly encased in plastic (sometimes even organic foods come packaged in plastic). This may sound like paranoia, but the evidence linking chemicals in plastic to chronic disease and cancer is too great to ignore. Foods containing fats are especially vulnerable. Many chemicals in plastics and pesticides are hormonally active. Nicknamed “xeno estrogens,” these chemicals mimic estrogen in the body or affect the metabolism of estrogens, increasing the risk of hormonal cancers. Reducing exposure to xeno estrogens is one of the primary ways to reduce the risk of cancer. Cruciferous vegetables, essential fatty acids, ground sesame seeds and ground flax seeds are several important foods for augmenting the ability of the liver to metabolize estrogens and xeno estrogens in our “estrogen-dominated” environment.

The short-term Stanford study on organics has come under attack from critics, being scrutinized on multiple levels  -mostly for suggesting that organic food and conventional food offer the same health benefits.  While the nutritional value of an organic cucumber and non-organic cucumber are indeed quite similar, the health benefit of going organic is much greater than for conventionally grown food. Nora Pouillon best explained the health benefits of organic vs non-organic in a related Washington Post article, saying “In reporting the study, the media used the words “healthy” and “nutritious” as if they were interchangeable. If a vegetable is “healthier” because it has more vitamins in it, as you might list them on a package, then no, organics don’t necessarily contain “significantly” more nutrients. But the nutritional content of a piece of produce isn’t what makes it “healthy.” To me, “healthy” means that we aren’t spraying toxic chemicals on the food we eat; we aren’t dousing agricultural workers with those poisons; and we aren’t depleting the earth with chemicals.”

Measuring the cummulative effect of food toxins on human health is extremely challenging, and this study does not have the power to answer the question adequately. While the claims made in the Stanford study on organics may have been a tiny bit reckless, we urge you to not be reckless with your health. Small, simple changes in your everyday life, like storing leftovers in glass containers instead of plastic or paying a bit extra for grass-fed beef, can equal big changes in your health, body, and mind. Remember, the normal level of any toxin in the human body is ZERO!

Share6
Pin
Tweet
6 Shares
About the Medical Director
Dr. Bill Rawls
Dr. Rawls is a licensed medical doctor in North Carolina and a leading expert in integrative health. He has extensive training in alternative therapies, and is the Medical Director of Vital Plan, a holistic health and herbal supplement company in Raleigh, NC.
You might also like... 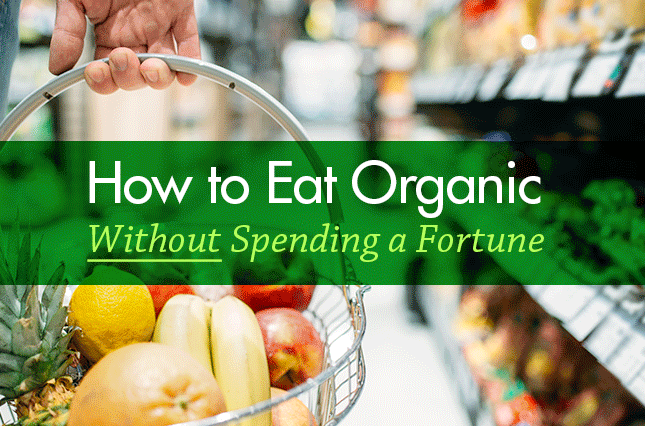 How to Eat Organic Without Spending a Fortune Most of us have been in the following situation: You’re at the supermarket and want to choose organic options, but the prices give you pause — especially when you see…

Healthy Fats Vs. Toxic Fats: Ending the Big Fat Debate Few arguments have flip-flopped over the years as much as the one around dietary fat. Back in the ’80s, fat was vilified — experts everywhere warned that eating fat was…
You might also like...

How to Eat Organic Without Spending a Fortune Most of us have been in the following situation: You’re at the supermarket and want to choose organic options, but the prices give you pause — especially when you see…

Healthy Fats Vs. Toxic Fats: Ending the Big Fat Debate Few arguments have flip-flopped over the years as much as the one around dietary fat. Back in the ’80s, fat was vilified — experts everywhere warned that eating fat was…
What's your Vital Plan?
Get your free personalized supplement recommendation. Take the survey »
follow us
JOIN OUR NEWSLETTER
For weekly tips & healthy recipes