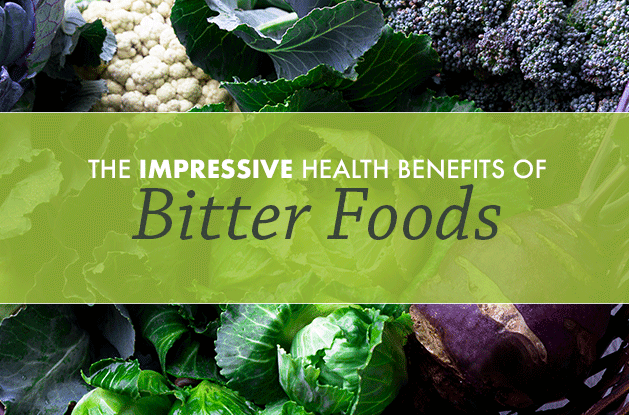 Quick question: What’s your favorite food? If you thought of something sweet or starchy or high in fat—or maybe even all three—that’s no accident. In fact, it’s what you’re wired to love.

Back when humans had to forage and hunt for meals, the goal of eating wasn’t enjoyment. Instead, it was to load up on as many calories and to get as much energy as possible. Game was tough to capture, and humans’ GI tract can’t digest unprocessed grains. So the majority of our diet was made up of easy-to-find plants — wild fruit and bitter barks, roots, and tubers — and bird and reptile eggs.

Flash-forward to today, when humans forage in the grocery store and find our food on restaurant menus, and it’s the calorie-packed sweet, starchy, and fatty foods we want to eat most. “We’ve selectively taken all the bitter out of our diets, especially in the last 100 years or so, as people have shifted from eating mostly vegetable matter to a grain- and meat-heavy diet,” says Dr. Bill Rawls, MD, medical director of Vital Plan.

That means, for many, their bitter taste receptors essentially go unused. It wouldn’t be a big deal if all those receptors did was tell your brain you’re eating kale, not cake. But bitter receptors actually play an important role in healthy digestion, appetite, and more.

In fact, we have bitter taste receptors not only on our tongue, but throughout the digestive system, and on other organs like the pancreas. Fun fact: There are 25 different receptors for bitter in the gut alone, while only one each to detect sweet and umami compounds.

“When something bitter hits your mouth, it sends a signal that primes your GI tract for action,” explains Dr. Rawls. “Receptors in your gut then stimulate production of enzymes that break down food, the churning action of the stomach, and movement in the GI tract. But we’re mostly missing that stimulation now.” The result? Digestive issues, carb cravings, weight gain—and all the health problems that can come with it.

The good news? Waking up those often-ignored receptors can help support healthy digestion and regulate other eating-related issues and functions. Here are three ways that getting a little more bitter can benefit you, plus how you can take advantage of that. 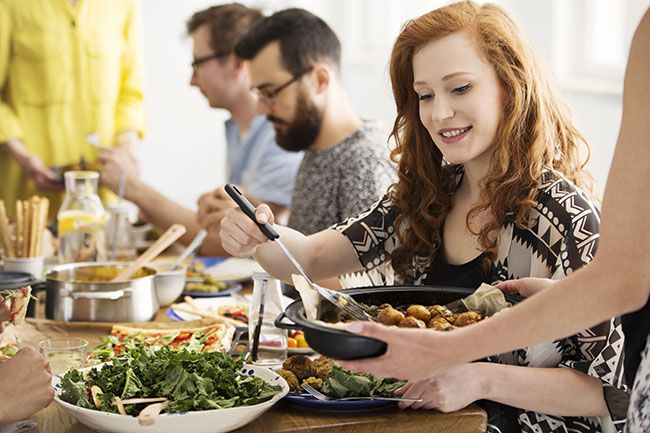 The taste receptors in your gut have a direct line to hormones involved in digestion and metabolism. Research shows that activating bitter taste receptors in the gut triggers the release of CKK — or Cholecystokinin, a hormone secreted in the upper part of the small intestine.

It’s CKK’s job to tell the pancreas and gallbladder to send in enzymes and bile that are essential for breaking down food into usable parts. CKK also regulates movement of food through the GI tract and gastric emptying. Meanwhile, additional research has found that stimulating bitter taste receptors may also facilitate digestion by impacting blood flow and the smooth muscle of the GI tract.

Given all that, it starts to become clear why ignoring your bitter taste receptors can cause digestion to go haywire. And that’s exactly what our traditional Western diet—which is full of meat and refined grains, and devoid of bitter—is doing, says Dr. Rawls. “Without those signals, you end up with a lump of dry food in your stomach.”

Our modern diet is also low on the natural water content that’s found in vegetables and fruit and normally assists in moving food through the body, notes Dr. Rawls. “So you get thirsty and down a 20-ounce drink, which then dilutes the stomach acid you do have, and washes out any digestive enzymes,” he explains. “Once again, the food sits, stomach acids bubble, the lining of the stomach gets irritated, and it’s a mess all the way down the pipe from there.”

That’s likely why bitter plants, herbs, and extracts have been used for centuries in traditional medicine to aid digestion and treat its problems. Researchers are now starting to catch on and shed light on the science and effects. One research review published in the International Journal of Food Sciences and Nutrition, for example, reported that the bitter artichoke leaf extract improved symptoms of indigestion, including bloating, stomach pain, gas, and more, in 70-85% of subjects.

2. Control your cravings and hunger 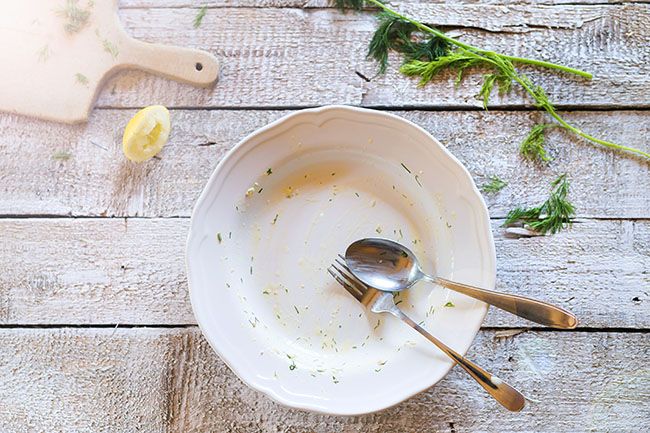 Bitters are believed to help squelch cravings, and recent research suggests it might be due, at least in part, to taste receptors’ influence on hormones.

For instance, stimulation of bitter taste receptors in the gut has been shown to trigger the release of PYY and GLP-1, two hormones that control appetite and food intake. That action may potentially help you feel fuller and satiated longer, according to research published in the journal Proceedings of the National Academy of Sciences of the United States of America.

Other, preliminary studies offer more support of bitters’ ability to control hunger. Subjects in one small study who took capsules of a bitter compound an hour before an all-you-can-eat meal consumed fewer calories than when given a placebo, according to findings published in the Journal of Neurogastroenterology and Motility. They also had higher levels of the digestion-helping hormone CKK.

Finally, a study published in the British Journal of Nutrition, looked at what happened when people ate a pudding containing the bitter gentian root extract for breakfast. (The root was encapsulated to mask its flavor in the mouth, but not in the gut). What it found: Participants consumed 30 percent fewer calories in the hours after lunch.

Though more research is needed to understand the “why” behind all of these findings, the ability of bitters to help keep our penchant for high-calorie carbs and sweets in check certainly shows promise. 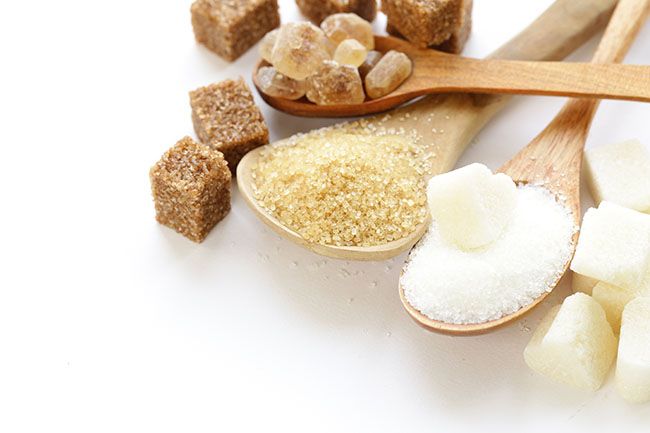 Bitter herbs have long been used in traditional medicine to support healthy blood sugar levels. Which makes sense when you consider that the pancreas, which makes insulin — the hormone that regulates blood glucose levels — contains bitter taste receptors.

While there are likely several factors at play, one may be the ability of bitter taste receptors to initiate the secretion of the hormone GLP-1. Not only does GLP-1 work to regulate appetite and food intake, it also stimulates insulin release and helps keep blood glucose levels steady. Consider this one more way bitter foods and herbs may help support a healthy metabolic system.

Simple ways to get more bitter 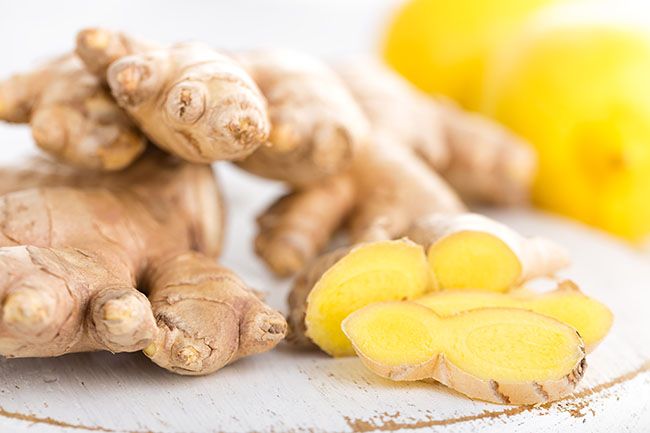 Thankfully, you needn’t start foraging in the backyard for roots or gnawing on bark like your cave-dwelling ancestors to introduce more bitter elements to your life. Instead, try the following, more enjoyable tips.

This one is easy and essential, says Dr. Rawls. “Half your plate should be filled with vegetables.” Most veggies naturally contain more bitter substances, tipping your diet in the right direction. For best results, include those that have a stronger bitter flavor, such as kale, arugula, spinach, radicchio, dandelion greens, and broccoli.

• Look for bitter herbs in supplements

“When you look at herbal therapy today, it’s comprised of leaves, stems, barks, roots — all the bitter things that people used to eat when they foraged for food,” says Dr. Rawls. Most of these bitter herbs offer additional, complementary benefits, too. For example, if it’s healthy digestion you’re after, look for berberine, a bitter compound from various shrubs and plants, and andrographis, a plant native to India that helps support bacterial flora in the gut. Gentian, dandelion, and burdock root are also bitter herbs that support liver function and digestion.

Aromatic bitters (bitter herb extracts in an alcohol base) have become a popular ingredient in craft cocktails, but you’ll get more bang for your bitter by squeezing a dropperful or two on the back of your tongue before every meal. “While there’s evidence that swallowing capsules with bitter herbs activates the bitter taste receptors, it’s still a good idea to get that full response by actually tasting the bitter,” Dr. Rawls says. Look for bitters that contain herbs known for helping digestion. That includes burdock, dandelion, and gentian root, as well as fennel seed and ginger.

The best time to start working more bitters into your diet? Now. Research suggests your ability to detect bitter may decline with age, but also that the more you exercise those bitter taste receptors, the more you may experience the benefits. So start today, and enjoy the benefits of bitters for many years to come.

Share472
Pin13
Tweet
485 Shares
About the Medical Director
Dr. Bill Rawls
Dr. Rawls is a licensed medical doctor in North Carolina and a leading expert in integrative health. He has extensive training in alternative therapies, and is the Medical Director of Vital Plan, a holistic health and herbal supplement company in Raleigh, NC.
You might also like...

How to Prevent 6 Gut Issues That Get Worse with Age “Listen to your gut” has always been sound advice when it comes to making decisions. But it’s also smart to take that advice literally — to pay attention to the… 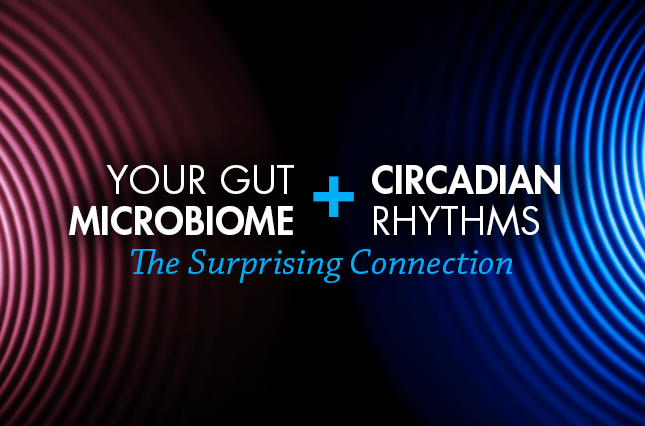 Your Gut Microbiome + Circadian Rhythms: The Surprising Connection You probably know that your circadian rhythm is key for maintaining your sleep-wake cycle. But this internal clock does a lot more than tell your body when it’s time to…
You might also like...

How to Prevent 6 Gut Issues That Get Worse with Age “Listen to your gut” has always been sound advice when it comes to making decisions. But it’s also smart to take that advice literally — to pay attention to the…

Your Gut Microbiome + Circadian Rhythms: The Surprising Connection You probably know that your circadian rhythm is key for maintaining your sleep-wake cycle. But this internal clock does a lot more than tell your body when it’s time to…
What's your Vital Plan?
Get your free personalized supplement recommendation. Take the survey »
follow us
JOIN OUR NEWSLETTER
For weekly tips & healthy recipes