Not technically an herb, shilajit is a compact, gummy matrix of herbs, mosses, fungi, and other earthly matter. Compressed by mountains over long periods of time, it’s then slowly released from mountainous fissures under the influence and flow of spring water. The precise composition of shilajit varies based on the plant types and geologic processes specific to the region where it is gathered. It must be specially processed and purified before being made into powder or tablets for use. 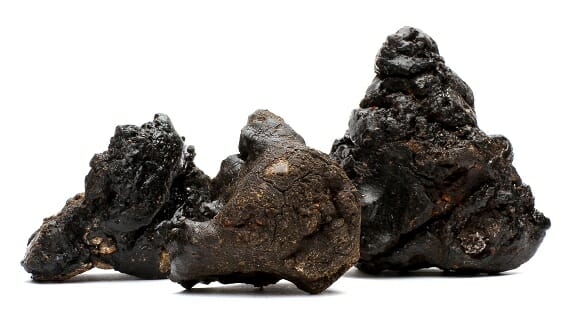 From a chemical constituent perspective, shilajit is composed of humic and fulvic acids (strong antioxidants), a wide variety of minerals (iron, zinc, and selenium, among others), dibenzo-alpha-pyrones (metabolites that are antioxidant, antiallergic, antimicrobial, and antiparasitic), squalene (immunostimulant), and polyphenols such as chebulic acid (antioxidant) and ellagic acid (antiallergic).

Benefits of Shilajit and How It Works

Shilajit has stood the test of time for effectiveness and safety. There’s a wealth of clinical experience with this herb, thanks to the very long and deep history of traditional use by millions of people over the ages.

Modern research is growing and confirming many of the tried-and-true uses adopted by traditional systems of medicine throughout Eurasia (see “History and Traditional Use” below). Due to the diverse nature of shilajit that’s dependent on the region in which it’s gathered and how it’s processed, repeated large-scale human studies are not as plentiful as with, say, turmeric research. However, there are several promising human studies and many animal studies that support the safety and use cases indicated by traditional use.

Shilajit has significant adaptogenic activity, similar to that of Asian ginseng, against a variety of behavioral, biochemical, and physiological factors caused by unpredictable stress.

As an adaptogen, shilajit works in large part by providing a stabilizing effect on the neuroendocrine system via the hypothalamic-pituitary-adrenal axis (HPA axis) and the sympatho-adrenal system, as well as by helping preserve mitochondrial function and integrity. One of the primary constituents of shilajit thought to be involved in these processes is dibenzo-alpha-pyrones, however, others are certainly involved as well.

Use of shilajit as an adaptogen and for stress management purposes is supported by research on an animal model of chronic fatigue syndrome (CFS), where shilajit was observed to reduce symptoms of fatigue, anxiety, and mitochondrial dysfunction associated with CFS.8

As an adaptogen that helps defend against daily stressors that can degrade immune health, shilajit by definition helps keep the immune system strong. Modern research supports traditional experience and use of shilajit in this manner.

Studies indicate that compounds in shilajit essentially act as cell growth factors in both normal and abnormal cells, thus acting as immunomodulators.3 It was also found that shilajit increased white blood cell activity in an animal model, and that the humic and fulvic acids in shilajit promoted healthy immune and thyroid function in another animal model study.1,10 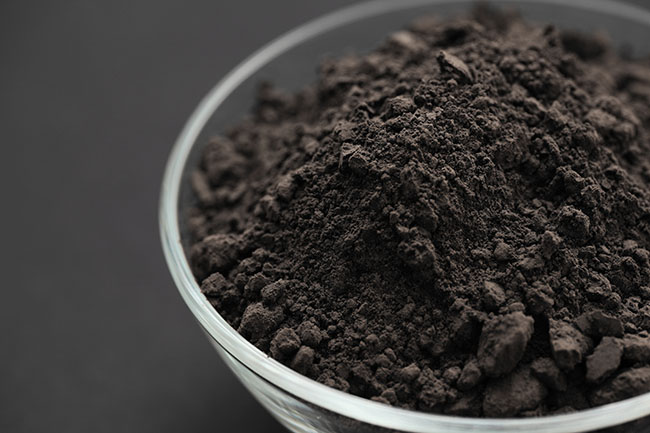 Finally, in an in vitro study, shilajit extracts were found to activate innate immune system function, likely due to the high concentration of fulvic acids in the adaptogen.7

In sports, shilajit is known to improve athletic performance thanks to it’s anabolic (building and repairing) qualities. Shilajit was used by Russian athletes in the 1988 Olympic Games in Seoul where Russia took home a record-breaking 54 gold medals!

Shilajit is thought to help take nutrients deep into tissues, where they can work to quell fatigue and lethargy. In one review, researchers found support for the traditional use of shilajit to increase physical output particularly at high altitude.5

In a human study of 63 men, shilajit was given at 250 mg and 500 mg doses once daily. Compared to the placebo group, those taking 8 weeks of shilajit supplementation at 500 mg daily experienced more retention of maximal muscular strength following a physical activity regimen. The researchers credit the participants’ sustained strength to favorable connective and muscular tissue adaptations caused by consumption of shilajit.4

Shilajit has been shown to support wound healing and collagen synthesis.9

Shilajit has been used to promote female and male sexual function in Indian, Chinese, and other traditional medicine systems.

In a 2016 randomized, double-blind, placebo-controlled study of healthy men aged 45 to 55, those who took 250 mg of purified shilajit twice daily over a period of 90 days had significantly increased levels of testosterone, free testosterone, and DHEA (a precursor hormone to testosterone) back toward more optimal levels compared to men receiving a placebo.6

In another small study, men with low sperm counts were given processed shilajit for 3 months at a dose of 100 mg twice daily. Of the 35 men who completed the study, 80% had improved sperm count, sperm motility, and testosterone levels.2

Shilajit has been used as an adaptogen and a rejuvenator in many traditional systems of medicine for thousands of years. In the Ayurvedic traditional medicine system of India, it is found in texts dating as far back as 200-400 B.C.E.

The benefits of shilajit are said to have been discovered by Himalayan villagers, who noticed that large white monkeys migrated to the area during the warm summer months. These monkeys were seen chewing on the shilajit flowing from cracks in the rock, and the villagers credited the monkeys’ great strength, longevity, and wisdom to this strange substance. The villagers started consuming the shilajit themselves, and observed many improvements in their own health. 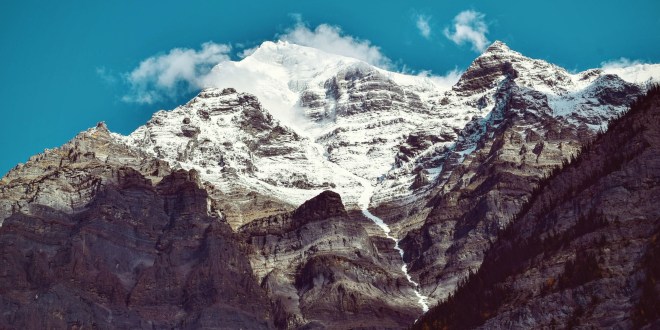 In Ayurveda, shilajit has been used as what’s known as a rasayana or rejuvenative remedy that has broad-reaching therapeutic benefits. Rasayanas strengthen or promote the health of nearly all tissues of the body and are said to help slow aging and prevent disease, and to be revitalizing and restorative. They increase resistance against stress and almost always can be taken over long periods of time without causing side effects. Shilajit is often used in Ayurveda with herbs such as ashwagandha, triphala, licorice, and holy basil.

In Greco-Arabic traditional medicine, known as Unani-Tibb, shilajit was used internally for a variety of preventive uses, as well as topically for swollen, arthritic, or bruised areas.

In traditional Chinese medicine, shilajit is a kidney yang tonic often used with other herbs such as cynomorium, morinda, Asian ginseng, or epimedium to promote healthy sexual functioning in both women and men. 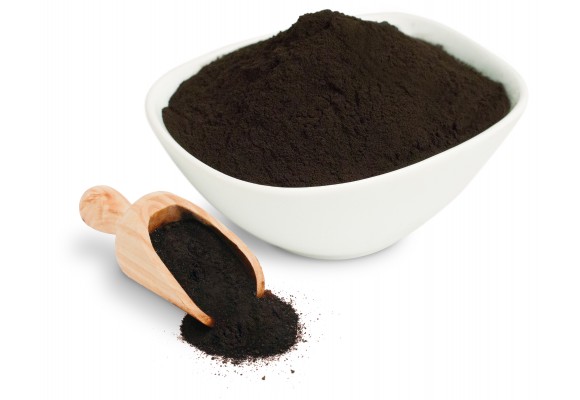 It is critical to source shilajit from a reputable supplier who has thoroughly processed the raw material and tested it to make sure it is within acceptable limits of potential contaminants and toxins. General dosing for processed and purified standardized shilajit of at least 20% fulvic acids is in the range of 200-1000 mg daily.

Shilajit may increase the effects of anti-diabetic drugs such as metformin by enhancing the drug’s ability to decrease blood sugar levels. Be sure to consult your healthcare practitioner before use if taking these medications.

Consult your healthcare advisor regarding the use of this product during pregnancy.

Do not use unprocessed or unpurified shilajit, as it could be contaminated with potentially toxic fungi and heavy metals.

If you have hemochromatosis or another condition that causes iron retention, be mindful that shilajit contains about 0.8 mg of iron per 250 mg serving.

Disclaimer: The information in our ingredients pages is intended as a general reference for educational purposes only and is not a replacement for professional health advice. Any mentioned dosage recommendations, safety notices, or possible interactions with prescription drugs are for educational purposes only and must be considered in the context of each individual’s health situation. Accordingly, this information should be used only under the direct supervision of a qualified healthcare practitioner.

*This statement has not been evaluated by the Food and Drug Administration. This product is not intended to diagnose, treat, cure, or prevent any disease. Always consult your qualified healthcare provider before beginning any diet or program.

Share76
Pin4
Tweet
80 Shares
About the Medical Director
Dr. Bill Rawls
Dr. Rawls is a licensed medical doctor in North Carolina and a leading expert in integrative health. He has extensive training in alternative therapies, and is the Medical Director of Vital Plan, a holistic health and herbal supplement company in Raleigh, NC.
What's your Vital Plan?
Get your free personalized supplement recommendation. Take the survey »
follow us
JOIN OUR NEWSLETTER
For weekly tips & healthy recipes