5 Natural Ways to Protect Your Brain from Stress

Your heart rate speeds up, and your breath turns shallow and quickens. Your muscles tense up; your eyesight sharpens. You feel more alert and excitable, and you usually get a surge of energy. These are all good things under the right circumstances — they’re a part of your body’s fight-or-flight response.

In the short-term, the effects help you deal with whatever curveballs life throws your way. Behind the scenes of the physical changes you experience, your adrenal glands are pumping out the hormone cortisol while your body mobilizes glucose, giving you ready-access to fuel so you can, well, fight or take flight. Then, when things calm down, your system returns to normal.

But in today’s go-go-go world, things don’t calm down so quickly. A high-pressure job, financial trouble, family or social strife, medical issues, even everyday annoyances like traffic — or all of the above — can cause chronic stress. And unlike the occasional triggering of your fight-or-flight response, this is not a good thing for the body or mind.

Your body on chronic stress 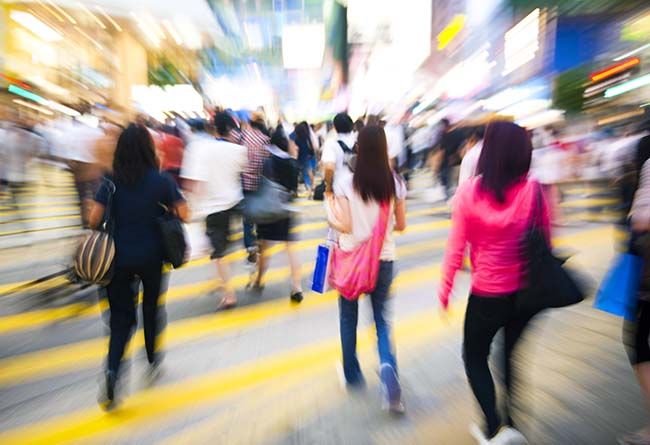 “Chronic stress puts your body in an exaggerated and prolonged fight-or-flight state,” says Dr. Bill Rawls, M.D., medical director of Vital Plan. And rather than your stress response helping you survive like it does in the short term, the opposite happens: It can make you very sick. “It strains your system and affects your health in a multitude of ways, from trouble sleeping to a compromised immune system to heart disease, dementia, and more,” says Dr. Rawls.

For starters, when blood glucose stays elevated, it can, over time, damage blood vessels and nerves, lead to diabetes and weight problems, and impair your immune system. Also dangerous: All that cortisol continuously running through your body. Under normal circumstances and in normal doses, cortisol is essential — it helps keep you alert and awake during the day, and then subsides at night so your body can rest, repair, and recharge, Dr. Rawls says. It also plays a role in your immune response.

But if you produce too much cortisol for too long, it wreaks havoc. Consistently high levels triggered by a high-stress lifestyle can desensitize your body to the hormone’s normal immune-regulating effects. That can cause inflammation to smolder out of control, according to research published in the Proceedings of the National Academy of Sciences, and chronic inflammation has been implicated in causing and advancing numerous diseases.

Your brain on chronic stress 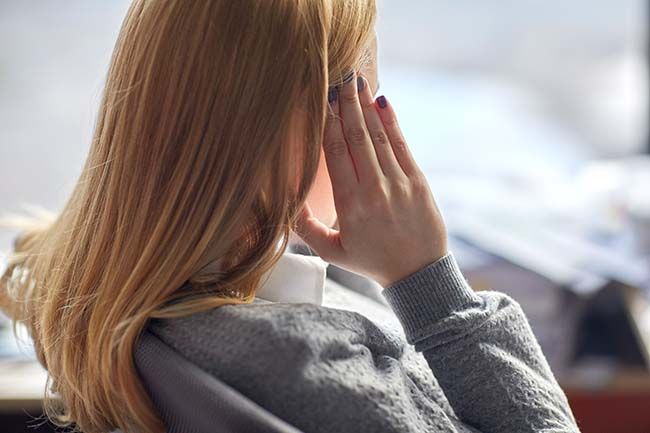 Experts have known about stress’s effects in the body and its impact on the immune system for some time, but recently researchers have been looking more deeply into what happens in the brain. Inflammation can damage the brain just as it can damage other organs and systems, and studies have previously linked chronic stress to a higher risk of dementia and Alzheimer’s, plus anxiety and other mood disorders.

Stress can also impact how the brain functions: When you’re in that fight-or-flight mode, more energy, nutrients, and resources are funneled to parts of the brain associated with survival and dealing with threats. Meanwhile, other areas, including those responsible for creating memories and high-level cognitive processing, get the bare minimum.

If stuck in that survival mode long-term, it may actually rewire your brain, according to researchers at Harvard University. They liken the effects to exercising only one muscle while ignoring the others. The result: That one muscle gets stronger while the rest languish.

Now, a study recently published in the journal Neurology helps shed new light on just how damaging to the brain chronic stress can be. It examined cortisol levels, brain size and structure, plus memory and cognitive functioning in more than 2,000 people in their 40s and 50s.

The researchers found that those with higher levels of cortisol in their systems had smaller brains, plus scored worse on memory and cognitive tests — even though none of the participants exhibited noticeable symptoms of cognitive decline or memory problems. More specifically, changes and damage were seen in parts of the brain that move information between the right and left hemispheres, plus areas associated with thought, speech, emotions, and muscle function.

These findings indicate that the effects of a high-stress life may start causing problems in the brain much earlier in life than previously thought, and in ways that hadn’t yet been known. While more research is needed to figure out what exactly this may mean for people as they age, one thing is clear: It’s worth taking some natural steps to beat stress and protect your brain now — the sooner the better.

1. Go for a long walk — or do something else active. 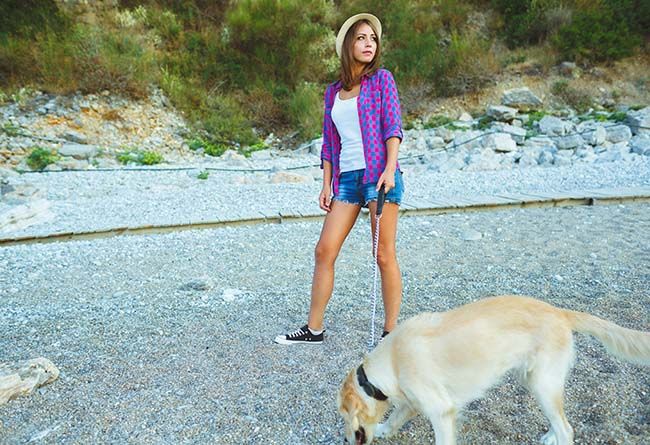 “The best thing you can do to diffuse stress and normalize your hormones is to follow through with the fight-or-flight response and take a two- or three-mile walk,” says Dr. Rawls. In other words, your body expects you to be active, and it’s provided you with the fuel and the adrenaline to get moving, so don’t just sit at your computer and let it stew.

You’ll also likely find that taking an exercise break helps you mentally work through whatever is stressing you out. “Once you start walking and blood starts flowing, you’re lubricating your brain, you stop ruminating and solutions to problems start falling into place,” says Dr. Rawls.

Plenty of studies prove the stress-reducing benefits of exercise, but new animal research published in the journal Neurobiology of Learning and Memory specifically shows its potential to protect key parts of your brain that otherwise would take a hit during times of stress. The study found that during times of chronic stress, exercising — jogging, in particular — blocked the harmful effects on the part of the brain that handles learning and memory. 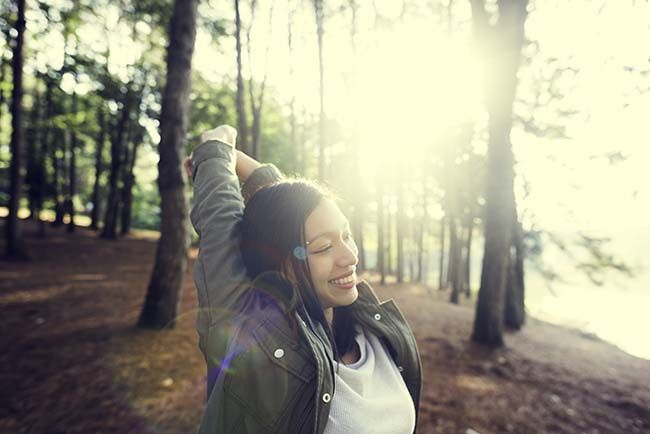 “The deeper and longer your breath, the better,” Dr. Rawls says. One study found that diaphragmatic breathing (another term for deep, belly breathing) lowered cortisol levels and improved attention and mood, while a control group saw no effects. Another study found that daily breathing exercises reduced perceived stress as well as blood pressure in a group of subjects after 12 weeks.

While a regular meditation or mindfulness practice that incorporates breathing practices can be incredibly beneficial for reducing stress and protecting your brain, you needn’t do anything particularly special, Dr. Rawls says. “One of the best exercises I’ve accumulated over the years is called the two-breath minute: you take 15 seconds to inhale, 15 seconds to exhale, then repeat.”

You may need to work up to it, however, he says. A few times a day or whenever you start to feel harried, take a few minutes and simply try inhaling and exhaling as slowly as possible. “If you can slow down your breath, it does wonders to help you relax, especially if you’re somewhere you can’t get up and move like on an airplane or in a meeting,” says Dr. Rawls.

3. Set yourself up for a good night of sleep. 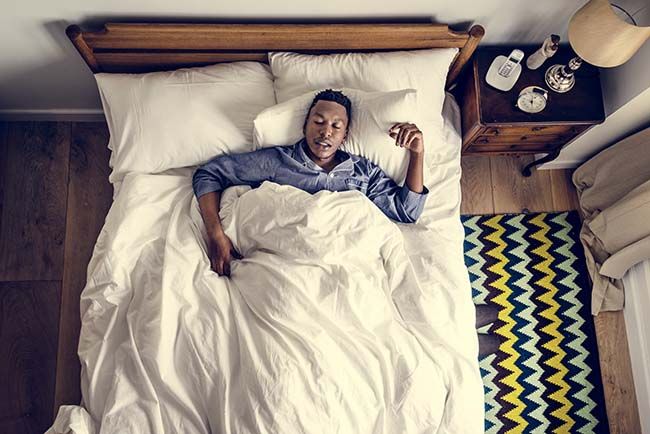 Although stress can interfere with sleep, do all you can to ensure you get enough and good-quality shut-eye, which helps you better manage stress, according to a study in the journal Psychoneuroendocrinology. It found that those who slept poorly during the week before a high-stress situation saw higher jumps in cortisol and blood pressure from their stressor.

Your brain works to consolidate memories and repair itself while you snooze, so not getting enough sleep can also make the memory and mood effects of stress worse. Sleep also helps keep inflammation in check.

For the best night’s rest, be sure to switch off electronic devices an hour or so before bed, keep the room cool and dark, and try to avoid caffeine in the afternoon. And if you tend to wake up in the middle of the night, try not to turn on the light or get out of bed, which will only make it harder to get back to sleep. Instead, consider supplementing with a blend of sedating herbs such as kava kava, corydalis, California poppy, and jujube seed; taken in a tincture form, these herbs can help offer speedier reprieve from mid-night wake-ups.

4. Use herbs that help balance stress and support immunity and brain function. 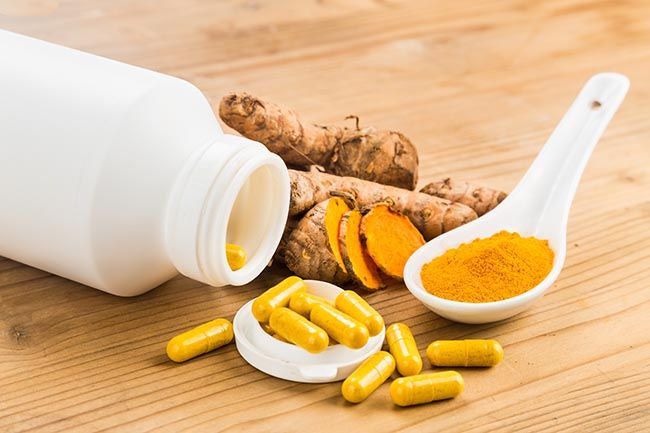 Several herbs offer anti-inflammatory, anti-microbial, calming, or other effects that help address the various factors that play a role in stress’ negative effects in the brain. A few to look for: 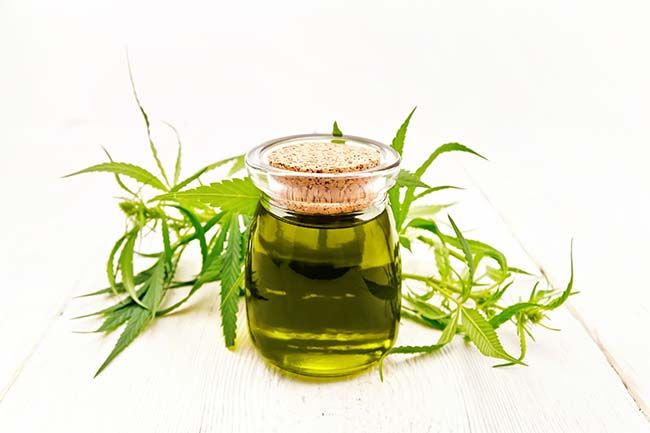 “People in a chronic stress state appear to have low levels of natural endocannabinoids,” Dr. Rawls says. These chemical messengers, which are naturally found in the brain and tissues of the body, act as a bridge between your body and brain, helping regulate multiple functions.

This is where CBD (short for cannabidiol) comes in. An extract from the hemp plant, CBD oil contains plant-based cannabinoids that may help your body better tap into its own stores of endocannabinoids, Dr. Rawls says.

“CBD oil upregulates or produces more receptors for endocannabinoids,” he explains. That could help in terms of calming stress and modulating the negative impact of stress on brain function as well as immunity and other functions. And unlike its plant cousin marijuana, CBD from hemp has only trace amounts of THC, the component responsible for that euphoric feeling. Therefore, there is no associated risk of euphoria or habituation.

Most people don’t consider taking care of their brain until there’s a reason to worry. But if you’re like most Americans, the stress you experience on a daily basis could already be doing unseen damage. Start taking simple steps today to protect your brain, and you could enjoy a healthy, active mind for many decades to come.

Share332
Pin15
Tweet
347 Shares
About the Medical Director
Dr. Bill Rawls
Dr. Rawls is a licensed medical doctor in North Carolina and a leading expert in integrative health. He has extensive training in alternative therapies, and is the Medical Director of Vital Plan, a holistic health and herbal supplement company in Raleigh, NC.
You might also like...

How to Evaporate Brain Fog: The 7 Best Foods and Natural Remedies If you’ve ever forgotten the name of an everyday item or found yourself easily distracted, it’s easy to blame it on brain fog, especially since mental fogginess seems to be… 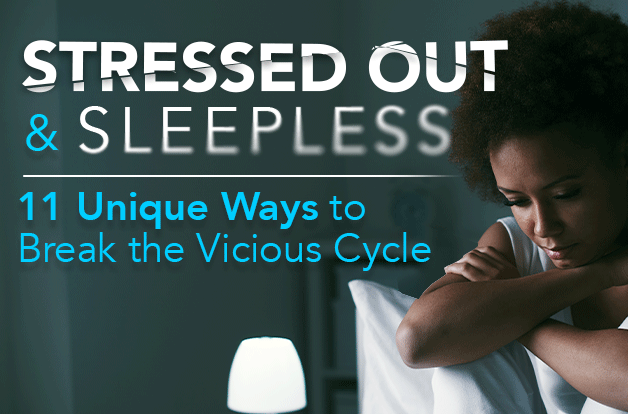 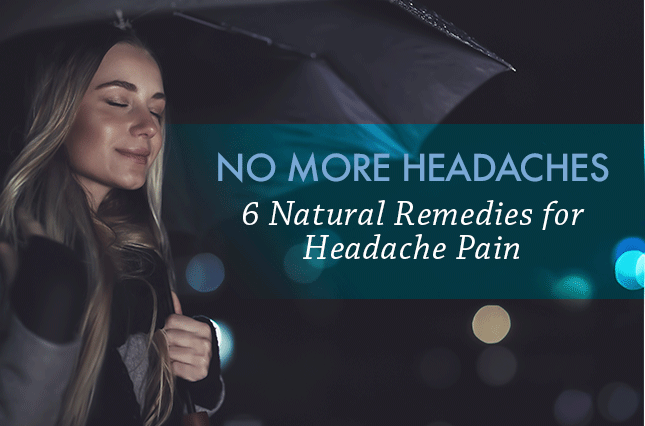 No More Headaches: 6 Natural Remedies for Headache Pain Migraines, tension headaches, cluster headaches, sinus and allergy headaches, menstrual headaches, caffeine-related headaches. There are so many different types of headaches, and chances are you’ll experience at least one of…
You might also like...

How to Evaporate Brain Fog: The 7 Best Foods and Natural Remedies If you’ve ever forgotten the name of an everyday item or found yourself easily distracted, it’s easy to blame it on brain fog, especially since mental fogginess seems to be…

No More Headaches: 6 Natural Remedies for Headache Pain Migraines, tension headaches, cluster headaches, sinus and allergy headaches, menstrual headaches, caffeine-related headaches. There are so many different types of headaches, and chances are you’ll experience at least one of…
What's your Vital Plan?
Get your free personalized supplement recommendation. Take the survey »
follow us
JOIN OUR NEWSLETTER
For weekly tips & healthy recipes