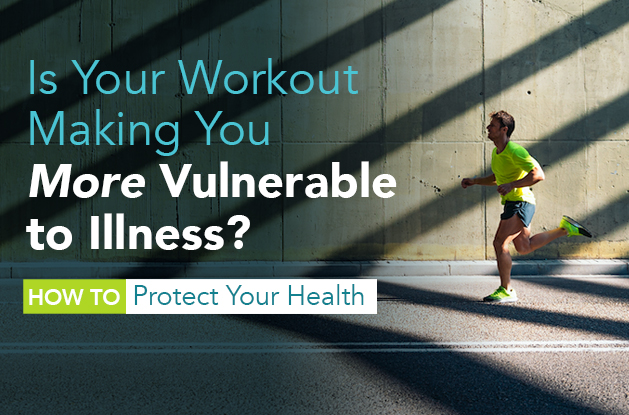 Is Your Workout Making You More Vulnerable to Illness? How to Protect Your Health

Exercise is supposed to make us healthier and more resilient. And yet, we often hear about athletes getting knocked down by a cold, flu, or some other type of infectious episode when they should be at their fittest — during training for a race or competition or right after finishing.

For instance, one study of Los Angeles Marathon participants found that 12.9% of runners reported an infectious episode in the week following the race, compared to only 2.2% of similarly experienced runners who didn’t do the race. And some surveys suggest common cold symptoms seem to linger longer in athletes than in the general population — not exactly ideal for anyone trying to improve their exercise performance.

So, how exactly does exercise impact immunity? And should we all consider cutting back on our workouts during periods of high infection concerns like cold and flu season — or is there anything we can do to bolster our immunity so we don’t have to forego our favorite physical activities? Keep reading for the answers you need to stay fit and healthy.

Does Exercise Help or Harm Immunity? 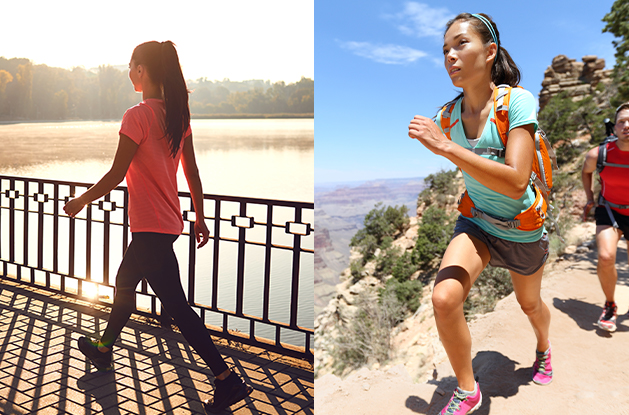 To a major extent, it seems to depend on how long and how hard you’re exercising. A wealth of research suggests that people who get regular, moderate exercise (i.e., 30-45 minutes of brisk walking) do seem to have healthier immune function and a reduced risk of infection, especially when compared to people who are more sedentary. Experts don’t know exactly how, but they have a number of solid theories:

Immune suppression really only seems to become an issue when exercise is continuous, prolonged — upwards of 1-2 hours — very strenuous, and without food. Think: marathons, cycling, triathlons, and the like.

In this case it’s not a single long, hard workout or competitive event that’s the problem, but rather the extensive physical training that leads up to the event and all the physical, psychological, and metabolic stress that goes along with it. The evidence suggests that this kind of heavy exertion has measurable effects on immune function, including:

Interestingly, this exercise-induced immune dysfunction is relatively short-lived: Some effects may last only several hours, while others last for days. For instance, a study in the Journal of Applied Physiology found that NK cells could be up to 40% lower after prolonged bouts of exercise such as 2-hour stints of cycling, but returned to baseline within a week.

Fortunately, there are a few simple ways to help protect your immunity during this transient period of potential vulnerability. 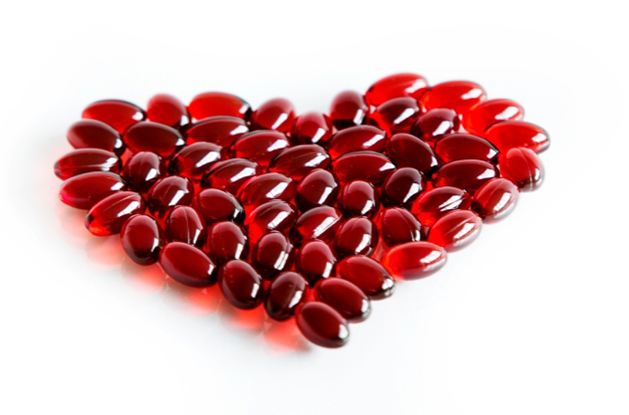 Krill oil is rich in two key essential omega-3 fatty acids — eicosapentaenoic acid (EPA) and docosahexaenoic acid (DHA) — levels of which have been shown to continuously drop in runners the more miles they log.

These healthy fats are called essential because we need them: They’re an integral part of our cell membranes, and they play a key role in cell function. And while fish oil might be a better-known way to get your omega-3s, the research suggests krill oil has some distinct advantages over fish oil, including greater absorbability, 48 times the antioxidant power, and, in particular the ability to promote healthy immune function after prolonged exercise.

A study in the scientific journal PLOS ONE compared two groups of healthy men and women — those who supplemented with 2 grams of day of krill oil for six weeks, and those who took a placebo for the same period of time. Both groups were asked to take a maximal exercise test both before and after the 6-week study period, which involved cycling for about 85 minutes with regular increases in resistance.

Bloodwork after the second exercise test revealed that krill takers had significantly higher levels of NK cell cytotoxic activity for three hours post exercise, meaning the ability of their NK cells to target and kill infected cells was enhanced. The krill group also had increased production of PBMC IL-2, a type of cytokine signaling molecule in the immune system that’s a key player in immune response. Placebo takers experienced no such benefits.

Though more research is needed to fully understand the mechanisms behind krill oil’s effects, the researchers suspect the EPA and DHA in krill oil help counter the effects of PGE-2, a lipid produced during exercise that’s associated with inflammation and suppressing NK cell activity. These findings only add to the long list of krill oil benefits for athletes (and everyone!), including promoting joint comfort and mobility, brain and heart health, healthy cognitive function, and more.

While it’s possible to get both DHA and EPA from foods like salmon, oysters, and flax seeds, most of us don’t. In fact, a whopping 90% of Americans fall short on the recommended daily intake of 1,100 mg for women and 1,600 mg for men.

Eat Plenty of Fruits and Vegetables. 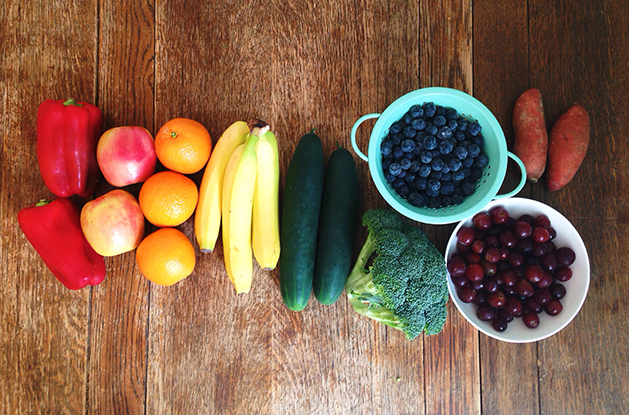 Plant foods are rich in polyphenols, phytochemicals or natural plant chemicals with proven health benefits. Numerous studies have found that polyphenols are especially helpful to athletes thanks to their anti-inflammatory, anti-viral, antioxidant, and immune cell signaling capabilities.

There are several types of polyphenols — some you’ve likely heard of include resveratrol and pterostilbene (in grape skins), quercetin (in apples, honey, raspberries, onions), catechins (green tea, apples, blueberries), and anthocyanins (in red, purple, and blue berries) — and they all bring different benefits to the table. Your best bet for reaping their myriad benefits is to eat a wide variety of fruits and veggies, and lots of them: I recommend making at least half of your diet plant-based.

Reach for Carbohydrates During Exercise. 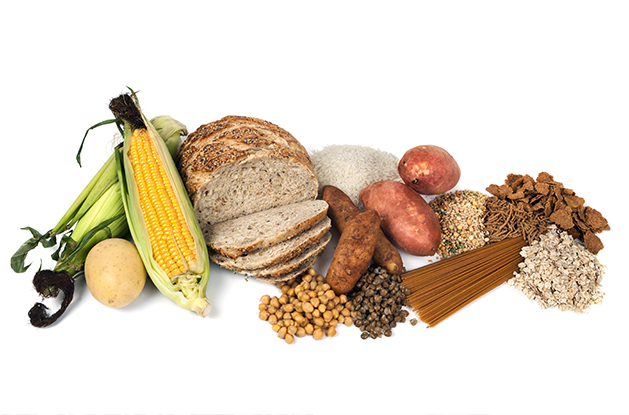 I’m not generally one to recommend eating more carbohydrates — particularly the refined kind such as crackers, potato chips, and sugary sweets, which are too prevalent in the modern-day American diet and can have detrimental effects on our health. However, several studies indicate that athletes really should eat carbohydrates during prolonged exercise if they want to help protect their immune health.

There are a few reasons for this. First, carbohydrates help modulate the immune system by maintaining healthier levels of both blood glucose and stress hormones such as catecholamines and glucocorticoids during and after exercise. They also seem to help lower levels of exercise-induced increases in circulating pro-inflammatory cytokines, and better distribute immune substances such as NK cells, neutrophils, monocytes, and lymphocytes throughout the body.

What’s more, these results seem to carry over into the recovery period, with benefits lasting 2-3 hours post exercise. All that said, chips and cookies still aren’t the solution; smart carb choices include fresh or dried fruit such as bananas, dates, and raisins.

Ultimately, exercise is a great way to boost your immunity, and that’s true even of endurance sports like long-distance running and cycling — the health benefits of being active well outweigh the short-term dips in immune strength. But if you’re going to participate in extended and rigorous workouts, I do recommend taking the three key steps outlined above to build up and maintain your resilience.

Hopefully you’re already eating a healthy diet and plenty of produce, and replacing the carbs you burn during a strenuous training session. So the key step is adding krill oil (2-3 grams a day is ideal) to your daily regimen in order to take your immune strength to the next level.

Share4
Pin4
Tweet
8 Shares
About the Medical Director
Dr. Bill Rawls
Dr. Rawls is a licensed medical doctor in North Carolina and a leading expert in integrative health. He has extensive training in alternative therapies, and is the Medical Director of Vital Plan, a holistic health and herbal supplement company in Raleigh, NC.
You might also like... 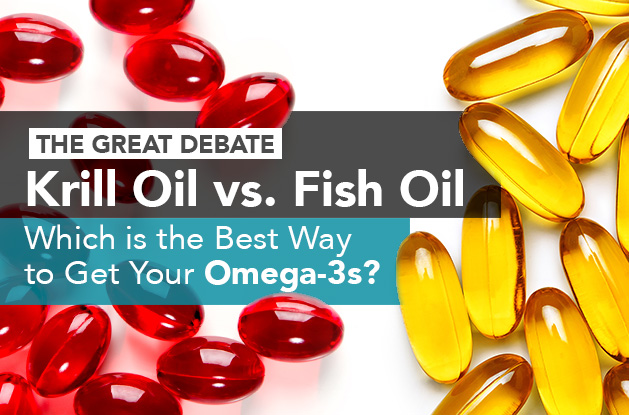 Krill Oil vs. Fish Oil: The Best Way to Get Your Omega-3's By now you’ve likely heard about the many health benefits of omega-3 fatty acids, a type of dietary fat called polyunsaturated fatty acids that occur primarily in marine sources. Indeed,… 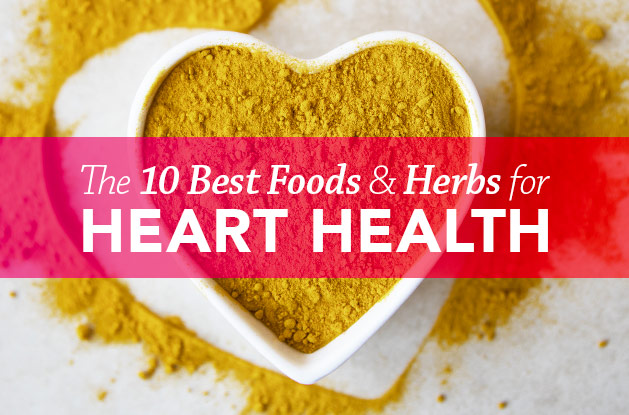 5 Reasons You Really Need Omega-3s and the Best Way to Get Them Fat has a history of being the bad guy in the nutrition world (remember the fat-free craze of the ’80s?). Thankfully, the advice and discussion around dietary fat has become…
You might also like...

Krill Oil vs. Fish Oil: The Best Way to Get Your Omega-3's By now you’ve likely heard about the many health benefits of omega-3 fatty acids, a type of dietary fat called polyunsaturated fatty acids that occur primarily in marine sources. Indeed,…

5 Reasons You Really Need Omega-3s and the Best Way to Get Them Fat has a history of being the bad guy in the nutrition world (remember the fat-free craze of the ’80s?). Thankfully, the advice and discussion around dietary fat has become…
What's your Vital Plan?
Get your free personalized supplement recommendation. Take the survey »
follow us
JOIN OUR NEWSLETTER
For weekly tips & healthy recipes