L-theanine is a naturally occurring amino acid typically consumed via tea, in supplement form as an isolated extract of tea leaves, or as a synthesized compound. It is most commonly used to promote calm, focus, sleep, and reduce symptoms related to stress.

Over 2 billion users can’t be wrong. L-theanine is a unique amino acid found only in green, black, and white teas from the Camellia sinensis tea plant and certain mushrooms. Considering half the population of the world drinks green tea daily, an awful lot of L-theanine is consumed every day. This makes L-theanine second only to caffeine as the most consumed bioactive substance on earth.

That bioactive effect is the promotion of calm and focus. It counteracts the effects of caffeine, and not surprisingly, green tea is not as stimulating as coffee. Though the serving found in a cup of green tea is relatively small (only 1-2% of the dry weight of green tea leaves), when taken in larger servings as a supplement, the positive effects of L-theanine can be even more potent. 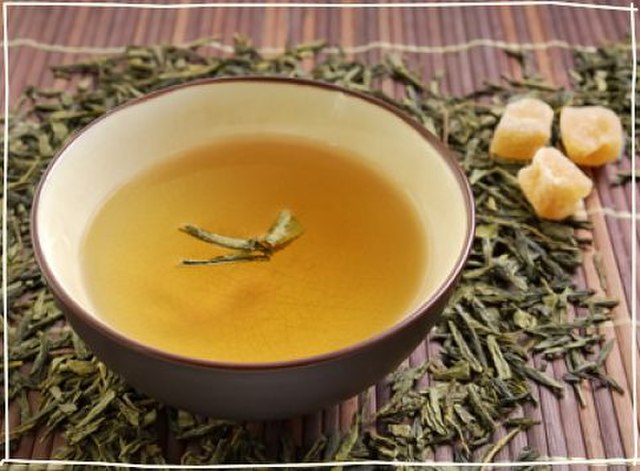 Benefits of L-theanine and How It Works

The electrical activity of the brain can be measured by an EEG instrument. When a person is going about normal daily activities, brain energy is typically very erratic and irregular. In this state, an EEG will show a wave-form called a beta-wave. When a person is focused in deep concentration, a smooth wave-form will be produced called an alpha-wave. A study conducted in Japan showed that volunteers who had had a serving of L-theanine were more apt to produce alpha waves than volunteer who had not taken L-theanine.3,4 Since alpha brain waves are characteristic of deep focus and calm, this study supports the claim that L-theanine may be helpful for focus and concentration.

L-theanine does not cause sedation during the day, but studies suggest it can help improve sleep at night thanks to the calming and relaxing effects on the nervous system.5

Small human and animal studies have explored the possibility of L-theanine as a potential immune booster. These initial studies show that L-theanine has anti-inflammatory properties and promotes a balanced Th1/Th2 immune response, particularly in athletes who have disrupted Th1/Th2 balance as is often the result of strenuous training.6,7

While there are likely more potent immune-enhancing effects from taking herbs such as andrographis and cat’s claw, consuming L-theanine may provide modest support in this health area as well.

Several small human clinical trials support the use of L-theanine to help counter the negative effects of stress-induced adrenaline secretion and symptoms of depression and anxiety.8-10

L-theanine has been consumed for thousands of years as a naturally occurring compound in tea. It was identified as a component of green tea by a Japanese scientist in 1949 and a year later extracted and isolated for the first time. L-theanine was recognized by the FDA in the early 2000s as a GRAS (generally regarded as safe) ingredient and has been widely researched and used as a supplement since then. 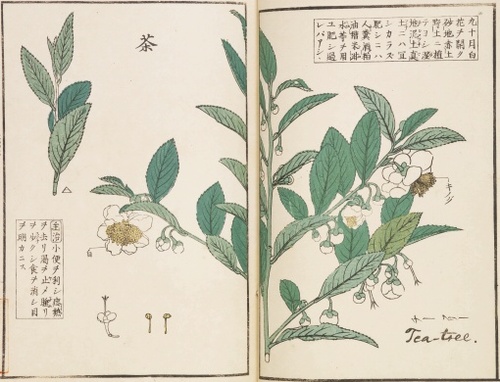 This compound is primarily found in green, black, and white teas of the Camellia sinensis tea plant native to Asia, but cultivated today throughout tropical and subtropical regions of the world.

Tea made from the Camellia sinensis plant has long been a favorite beverage in Asia. According to legend, it’s discovery dates back to 2737 B.C. when the leaves of a nearby tea tree fell into the Chinese Emperor Shennong’s cup of just boiled-water. Other accounts attribute the ‘discovery’ and popularization of tea to Buddhist monks who grew, harvested, and produced tea as they migrated throughout India and China and eventually to Japan. These monks drank green tea for its refreshing qualities and as an aid for meditation. The state of ‘relaxed wakefulness’ or ‘alert relaxation’ encouraged by the tea is, at least partially, due to the presence of L-theanine.

L-theanine serving sizes typically range from 100-400 mg per day. Depending on the type of tea and how it’s prepared, an average cup of tea has about 10-25 mg of L-theanine in it.

If taking an L-theanine supplement, look for one that has a guaranteed 98% or more of L-theanine. Some synthetically produced L-theanine products can have significant amounts of another form of theanine called D-theanine, which has not been shown to have the same activity as L-theanine.

Since L-theanine can be mildly hypotensive, use caution if taking blood pressure medications. L-theanine may decrease the efficacy of stimulant medications such as those used for ADHD, so always check with your healthcare practitioner before use if you are taking any medications. For more general education on potential interactions between herbs and medications, check out Dr. Bill Rawls’ article: Is it Safe to Take Herbs with My Medications?

There is not sufficient data regarding the use of L-theanine while pregnant or breastfeeding, so it’s best to avoid use during this time. That said, in general, adverse effects are extremely rare. L-theanine is generally regarded as a very safe compound that has been consumed via tea by humans for thousands of years.

Because theanine is metabolized by the same pathways as other amino acids in the body, there appears to be little risk of tolerance and dependence. In the United States, the Food and Drug Administration (FDA) considers it to be generally recognized as safe (GRAS) and allows its sale as a dietary supplement.

*This statement has not been evaluated by the Food and Drug Administration. This product is not intended to diagnose, treat, cure, or prevent any disease. Always consult your qualified healthcare provider before beginning any diet or program.
Share1
Pin5
Tweet
6 Shares
About the Medical Director
Dr. Bill Rawls
Dr. Rawls is a licensed medical doctor in North Carolina and a leading expert in integrative health. He has extensive training in alternative therapies, and is the Medical Director of Vital Plan, a holistic health and herbal supplement company in Raleigh, NC.
What's your Vital Plan?
Get your free personalized supplement recommendation. Take the survey »
follow us
JOIN OUR NEWSLETTER
For weekly tips & healthy recipes