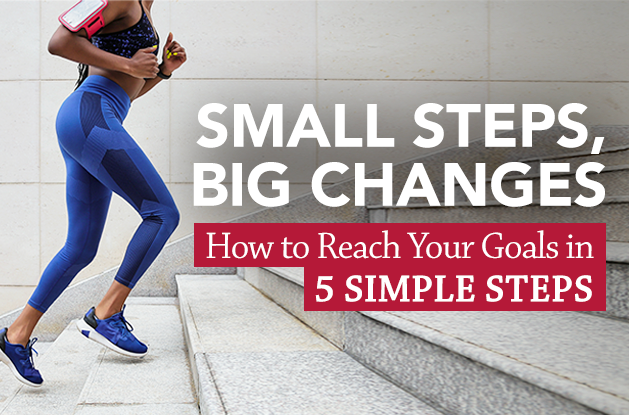 Small Steps, Big Changes: How to Reach Your Goals in 5 Simple Steps

It happens every January: People start sharing their new year’s resolutions, and the naysayers chime in that resolutions don’t work. Unfortunately, the research bears this out. About 16 percent of people keep some of their resolutions, while just 4 percent report sticking to all of them, according to a national survey by Statista.

Still, striving for more health and happiness is a good thing. So how can you increase your odds of success? The answer may lie in the size of your resolution. According to Kaizen, an ancient Japanese philosophy defined as using small steps for continual improvement, the best way to set goals is to make them so ridiculously tiny that they’re literally fail-proof. Do that, and you create a domino effect that can actually help you reach your big, ambitious goals faster.

Ready to learn more? Here, Robert Maurer, Ph.D., faculty at the University of Washington School of Medicine, explains how Kaizen works, and shares five steps for putting it to work for you.

“Just to preface this, big steps are not wrong,” says Maurer, author of One Small Step Can Change Your Life: The Kaizen Way and Mastering Fear. “Sometimes people are at exactly the right moment in their life to make a big change. But the research argues that for many of us, big steps lead to big falls, and that causes fear of failing.” That fear in turn activates the amygdala, the part of the brain that controls our fight-or-flight response.

“Anything new triggers the amygdala — it doesn’t distinguish between stepping into a busy street or wanting to lose weight,” explains Maurer. And when the amygdala is on alert, your brain starts working against you. “Fear and anxiety are very unpleasant; people will do anything to avoid fear,” says Maurer. The result: we bypass the busy street or the gym altogether.

In comparison, Kaizen steps are, by design, extremely small, so they don’t trigger the amygdala or require willpower or self-control. That enables you to keep performing the step without mental resistance, and when you do something regularly, your brain decides it’s important and starts committing cells to it.

One of Maurer’s favorite examples involves using Kaizen to remember to floss your teeth. “The Kaizen small step would be to floss one tooth a night for a month,” he says. “What do you have at the end of one month besides one very clean tooth? A habit.” But before you take even that first simple action, Maurer wants you to back up further and set a game plan: 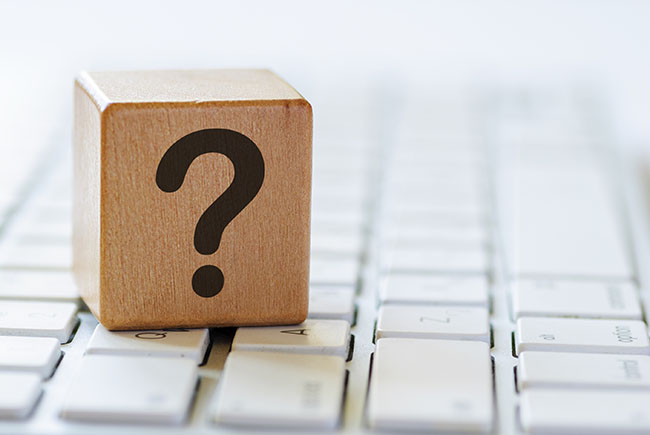 When you’ve got a goal in mind, it’s natural to want to dive right into action. Resist. Instead, start by formulating a question that will help you figure out one small, super-easy way to begin to reach your goal.

Let’s say you want to get in better shape, one of the most common new year’s resolutions. Before you even consider putting on sneakers, ask yourself, what’s one way to work a minute or two of exercise into my day? (Versus, how can I get in the best shape ever?) Or perhaps you want to banish gluten for a healthier gut. Ask, what’s one healthy, gluten-free food I can enjoy when I’m craving carbs? (Not, how can I give up gluten forever?)

Once you’ve got your small question, keep asking it — several times a day, for several days. Why? Asking yourself the same small question over and over triggers the hippocampus, the part of the brain that decides which info to store and what to retrieve. Whereas statements and commands are alerting and trigger fear, questions are engaging and signal the hippocampus to pay attention and start generating ideas, solutions, and eventually, action. 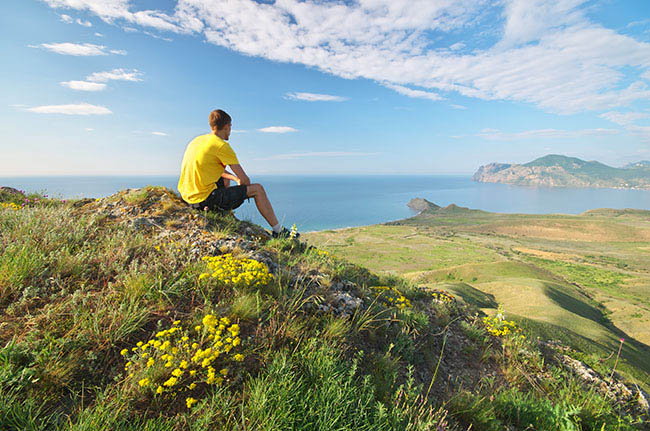 This step is a game of imagination based on a very simple but effective principle called mind sculpture. It involves closing your eyes and mentally practicing the thing you want to achieve — lifting heavier weights, turning down dessert, speaking publicly without fear — without moving a muscle. The key is engaging all of your senses and making the scene in your mind as lifelike as you can.

“When you mentally rehearse your voice, tone, and gestures in a vivid imaginary setting, it lights up major parts of the brain,” explains Maurer. “The brain responds as if it’s in the situation, and sends messages to the body as if you’re actually performing the behavior — it’s a very profound practice.”

Do this for just 15-20 seconds at a time, two to three times a day, and your brain will start to build the habit. “It’s one of the easiest ways to make a change,” says Maurer. 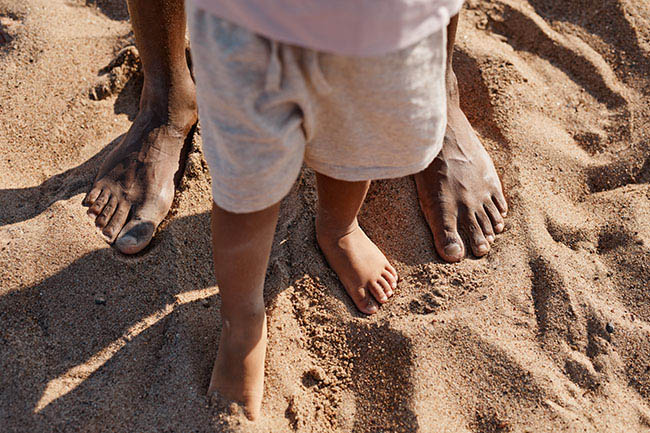 Yes, it’s time to do something! But remember, the key is to take actions so small that they seem trivial and even laughable — and thus leave fear and the amygdala out of the mix.

Say your big goal is to exercise for the recommended 150 minutes a week. Your small action might be rolling out your yoga mat and sitting on it without doing a single pose. Or maybe you’re aiming to eliminate added sugars from your diet. One possible small action: Throw out the first bite of a chocolate bar, then eat the rest. (The first bite is much easier to let go of — you still have the entire candy bar to enjoy!) Do your small step until it becomes automatic, you no longer feel any resistance, and you miss it if you don’t do it. Only then should you move on and add the next small step to your routine.

How to know if the step is small enough? “It should be so small that it requires no effort on your part — you’re 100 percent sure you can do it,” says Maurer. “People will sabotage themselves. They come up with a very small step, but then a critical voice in their head says they should be doing so much more.” The point is to whet your appetite for continued success, and pave the path for change. “The research argues if you make one small change, more changes will follow,” says Maurer. 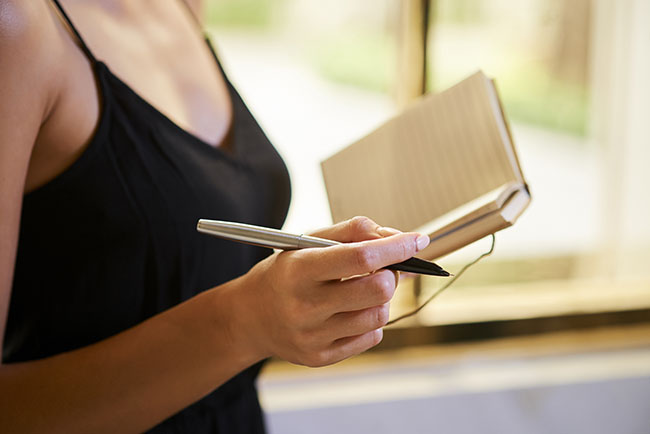 As you’re practicing your small steps, don’t ignore little signs that something isn’t working. If you feel a small twinge in your knee when you first start exercising, stop, stretch, and take a day or two off. Otherwise you may be setting yourself up for a bigger injury that puts you out of commission for a much longer period. Or maybe you hear the whisper of that inner self-critic (we all have one) doubting your abilities or lobbying insults your way. Bring your awareness to it, says Maurer, and keep practicing small Kaizen steps that prove your success. When you train yourself to identify and resolve small problems as soon as they crop up, you prevent bigger, harrier problems later.

Step 5. Give Yourself Small Rewards. 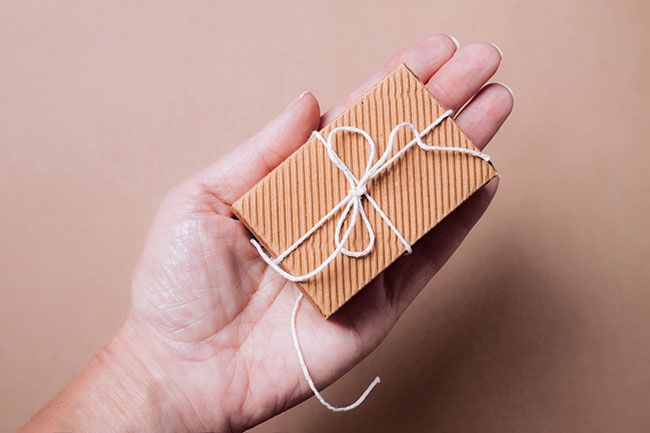 It’s no surprise that rewards are motivating, but the key is to ensure they’re intrinsically motivating — otherwise, the reward can become the goal, as opposed to the goal itself. Maurer offers three simple guidelines for determining the right reward for you.

First, make the reward appropriate to the goal, as in, no cake if you’re trying to avoid sugar, or no trip to Maui if you’re focusing on getting out of debt. Second, make it appropriate to you, something you find pleasurable. Maybe for you that means kicking your feet up and watching the latest episode of your favorite show, playing 15 minutes of a video game, reading a magazine, or soaking in a hot tub. And third, keep it small and inexpensive so it’s both sustainable (regular spa visits or expensive dinners will add up fast) and again, doesn’t eclipse your original goal.

Look for the Big Changes

What happens if you give Kaizen a try and you feel frustrated by too-slow progress? Maurer says this might be the time to try a bigger, more innovative step. “If you can think of a big step that would help right away, see if you have the willpower to make it stick,” he says. “If it works, we’ll celebrate! If not, we’ll fall back on Kaizen. Remember, you’re programming your brain to take your hints and make a habit. Be patient, and it will make the big leap you want it to make all on its own.”

What’s your new year’s resolution this year? Share it with us on Facebook, and keep us posted on your progress.

References
1. How many of the New Year’s resolutions that you made for 2018 did you stick to? Statista website. https://www.statista.com/statistics/953562/share-of-americans-who-stuck-to-their-new-year-s-resolutions/

Share211
Pin4
Tweet
215 Shares
About the Medical Director
Dr. Bill Rawls
Dr. Rawls is a licensed medical doctor in North Carolina and a leading expert in integrative health. He has extensive training in alternative therapies, and is the Medical Director of Vital Plan, a holistic health and herbal supplement company in Raleigh, NC.
You might also like... 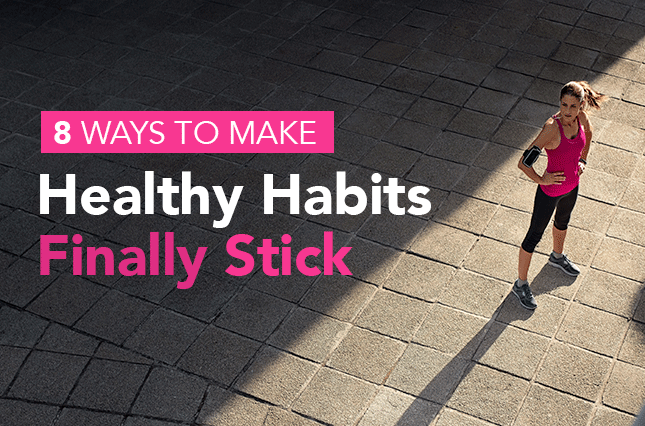 8 Ways to Make Healthy Habits Finally Stick See if this scenario sounds familiar: There’s some aspect of your life that you want to make healthier — whether it’s eating less junk, getting more exercise or sleep, managing… 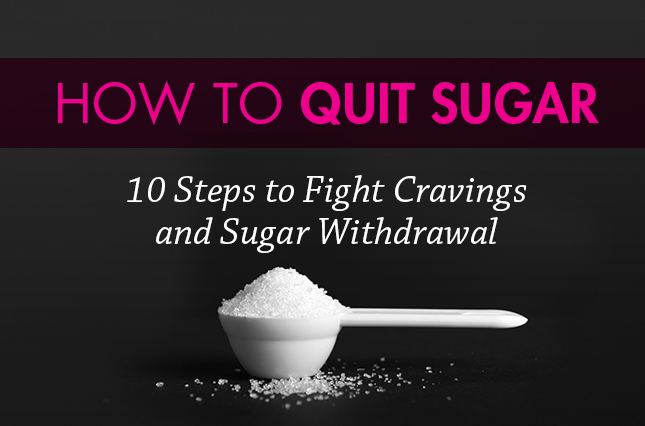 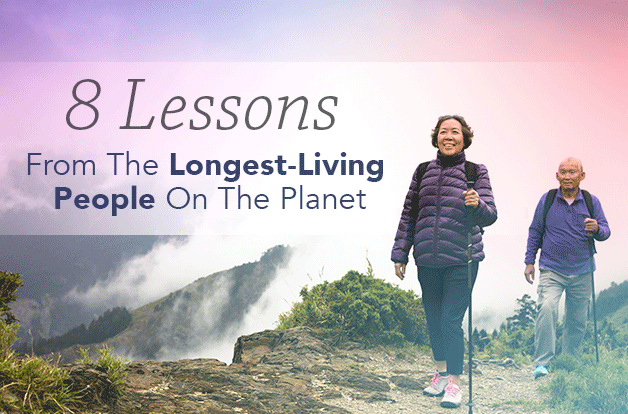 8 Lessons From The Longest-Living People On The Planet While geneticists and biohackers are increasingly trying to crack the code for a long life and develop medical innovations to keep you healthy and happy into your 90s (and beyond),…
You might also like...

8 Ways to Make Healthy Habits Finally Stick See if this scenario sounds familiar: There’s some aspect of your life that you want to make healthier — whether it’s eating less junk, getting more exercise or sleep, managing…

8 Lessons From The Longest-Living People On The Planet While geneticists and biohackers are increasingly trying to crack the code for a long life and develop medical innovations to keep you healthy and happy into your 90s (and beyond),…
What's your Vital Plan?
Get your free personalized supplement recommendation. Take the survey »
follow us
JOIN OUR NEWSLETTER
For weekly tips & healthy recipes