Bacopa is a water-loving perennial with a long history of use as an Ayurvedic herbal medicine and ample modern scientific support to back it up. Commonly prepared as a capsule or tincture, this plant offers robust support to the brain and nervous system. 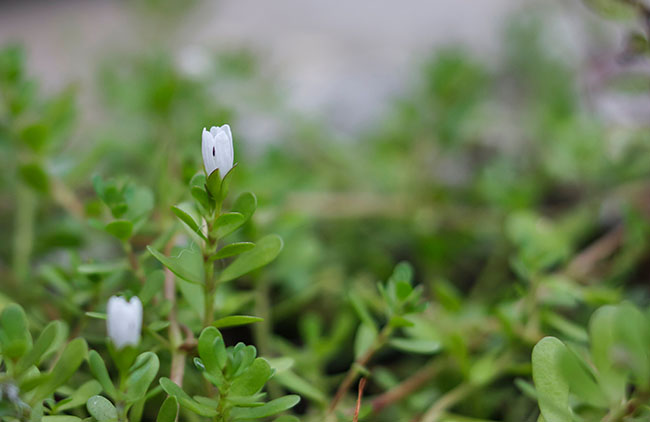 Bacopa has small white or light purple flowers with four to five petals. Bacopa is sometimes confused with an ornamental plant called sutera (Sutera diffusus), which is in a completely different plant family and is not used medicinally. Correct plant identification and quality product sourcing are always key to using herbs safely and effectively.

Bacopa is a creeping, succulent-like perennial with fleshy leaves and white to light purple flowers. This treasured Ayurvedic herb prefers a warm and wet environment and can be found growing in the borders of irrigated fields, streams, water channels, and wells. Although bacopa is native to India and Australia, it also grows in East Asia and the United States.

The Sanskrit name brahmi means “expands consciousness” and is a well-deserved nod to bacopa’s ability to enhance and support cognitive function. The whole plant has been used for thousands of years to manage and support a variety of conditions such as memory loss, inflammation, epilepsy, fever, asthma, and more. Today, it is mostly studied for its profound effects on the brain and nervous system.

Note: Gotu kola (Centella asiatica) is another herb that is sometimes called brahmi as well. While gotu kola is a wonderful herb with some similar uses to bacopa, the two should not be confused and are not the same plant. 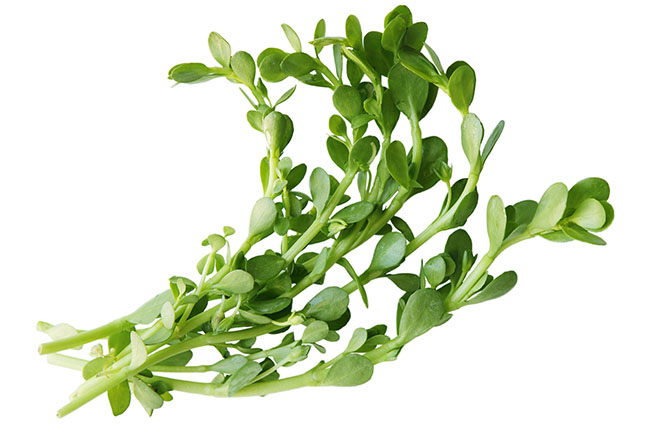 Bacopa is a semi-aquatic plant that grows in shallow ponds and wetlands. The herb, pictured above, is used for a variety of therapeutic purposes.

Benefits of Bacopa and How It Works

Impaired memory is commonly seen in aging brains and neurodegenerative diseases like Alzheimer’s. Bacopa has long been used to enhance memory, a usage that has been confirmed by in vitro, in vivo, and human clinical trials.

Bacopa’s memory supportive effect is a culmination of various mechanisms, including its antioxidant activity and its ability to increase the availability of acetylcholine, a neurotransmitter that plays an important role in the brain and other systems of the body.1,2,3

In a 2012 randomized, double-blind, placebo-controlled study, researchers administered 300 mg and 600 mg of bacopa standardized extract to 60 healthy older adults in two experimental groups for 12 weeks. Compared to the control group, who received a placebo, the study demonstrated that the those older adults in the groups that received bacopa had enhanced attention and memory processing and increased working memory. While the study confirmed bacopa’s usefulness for improving cognitive function, it was not able to determine if taking 600 mg compared to 300 mg of bacopa was more effective.1

The brain has a high demand for energy and thus leans heavily on its energy-producing mitochondria to fuel it. Free radicals are a byproduct of this process and are typically kept in check by our body’s natural antioxidant defense system. When this antioxidant system becomes overwhelmed, an accumulation of free radicals can lead to oxidative stress, paving the way for cell and DNA damage.

When brain cells and DNA are damaged by oxidative stress, brain health suffers and the risk for cognitive decline and neurodegenerative disorders rises. Fortunately, modern research is confirming the antioxidant and neuroprotective activity of brain-supportive herbs like bacopa.2

Bacosides, biologically active phytochemicals found in bacopa, are able to cross the blood-brain barrier and have anti-inflammatory and antioxidant actions.3,4 In vitro and animal studies have shown bacopa extract to decrease free radical accumulation in the brain.3

Beyond its anti-inflammatory and antioxidant activity, in vitro studies show that bacopa extract can inhibit beta-amyloid, a protein involved in Alzheimer’s disease.3,5 It’s unclear whether beta-amyloid is more of a byproduct or a cause of Alzheimer’s, but in either case, excessive buildup of beta-amyloid can impair neuron function. 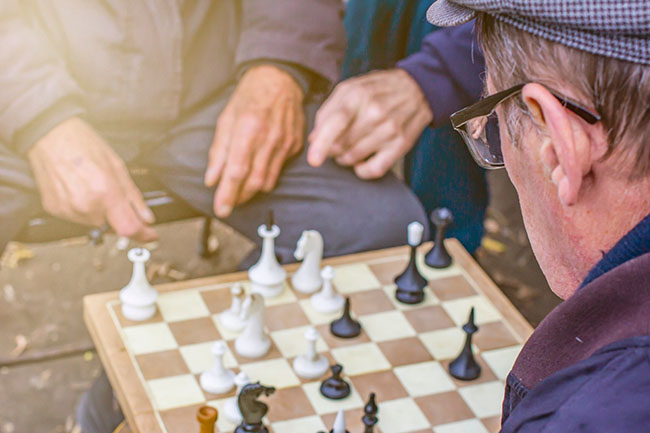 Many clinical trials have demonstrated bacopa’s ability to improve cognitive function in areas such as focus and information processing. Like so many of its other benefits, this is attributed to its antioxidant activity, effect on beta-amyloid, and modulation of neurotransmitters.2,5

A six-month, open-label human trial, newly diagnosed Alzheimer’s patients showed improvement in some cognitive functions after consuming bacopa. When 300 mg of a standardized bacopa extract was taken twice daily, these patients had statistically significant improvement in the orientation of time, place and person, attention, and language ability by the end of the trial.7 While a double-blind clinical trial is merited for further confirmation of these findings, it does show promise that bacopa may be a supportive measure for certain aspects of this challenging condition and is worth paying attention to in the future.

Recent studies have shown neuroinflammation to play a role in anxiety and depression. Although more research is needed, in vitro studies suggest bacopa’s anti-inflammatory effects on the nervous system may help support certain psychiatric disorders.4 In animal studies, antidepressant and anxiolytic effects have been reported, further supporting this hypothesis.3,8

In Ayurveda, a traditional medicine system of India, bacopa has been used for thousands of years to support the brain and cognitive function. This herbal medicine was referenced and utilized in ancient times, having first been described around the 6th century C.E. in Ayurvedic texts. It is said that ancient Vedic scholars used bacopa to boost their ability to memorize lengthy hymns and scriptures often passed down only by word-of-mouth.2

Ayurveda considers bacopa to be a rasayana herb, meaning it promotes all-around vitality and longevity. It is an important ingredient in several Ayurvedic formulations for memory, concentration, and anxiety.8 It is also traditionally used for fevers, epilepsy, asthma, and inflammatory conditions like arthritis, which is not surprising given what we now know about its effects on inflammation and the nervous system.4 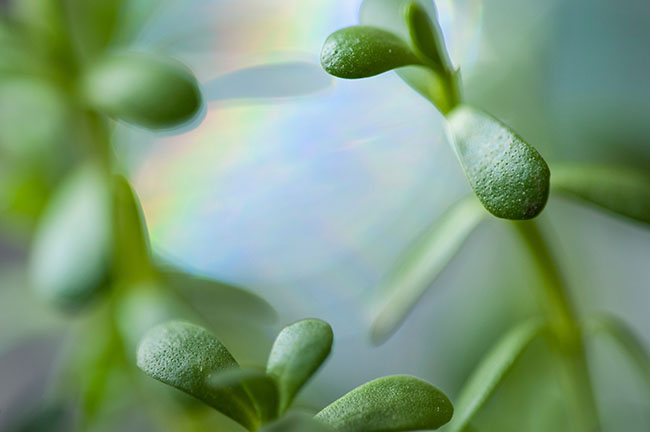 Bacopa’s succulent-like leaves are a vibrant green and have been historically juiced and mixed with honey to make a restorative remedy in Ayurveda.

In Siddha medicine, a traditional medicine system originating in South India, bacopa has again been used for memory and nervous system issues, in addition to relieving constipation, painful urination, and edema.9

Throughout South Asia, various cultures have found ways to use the herb externally. In Nepal, the bright green, fresh juice is used to soothe burns, while in India, the boiled leaves are applied locally for coughs, pain, and inflammation.9 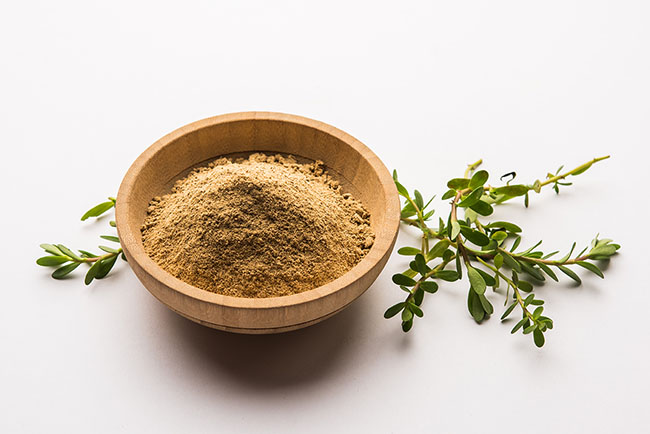 Bacopa is typically used as a powdered extract or tincture due to its bitter taste as a tea. Powdered extracts and tinctures are also more potent methods of using bacopa medicinally.

Bacopa is primarily consumed as a capsule or tincture; the tea can be bitter in taste. Traditionally, all parts of the plant are used medicinally, while many modern bacopa products contain just the leaf.

The dosage for bacopa powdered extract capsules is generally 300 mg per day. If choosing an extract, look for a product standardized to at least 20% bacosides.10 Bacosides are one group of phytochemicals found in bacopa that have been shown to be neuroprotective and are typically considered a good indicator of product potency.

For cognitive health, bacopa works well with other herbs, such as ginkgo, gotu kola, cat’s claw, and lion’s mane mushroom.

To support stress levels, bacopa can be combined with lemon balm, holy basil, and ashwagandha.

There are no known interactions.

Bacopa has been well-tolerated in human clinical trials. Some individuals with an overactive “fight or flight” nervous system may notice very mild sedation from using bacopa.

Minimal adverse effects have been observed, the most common being mild gastrointestinal upset.2,11

*This statement has not been evaluated by the Food and Drug Administration. This product is not intended to diagnose, treat, cure, or prevent any disease. Always consult your qualified healthcare provider before beginning any diet or program.
Share2
Pin2
Tweet
4 Shares
About the Medical Director
Dr. Bill Rawls
Dr. Rawls is a licensed medical doctor in North Carolina and a leading expert in integrative health. He has extensive training in alternative therapies, and is the Medical Director of Vital Plan, a holistic health and herbal supplement company in Raleigh, NC.
What's your Vital Plan?
Get your free personalized supplement recommendation. Take the survey »
follow us
JOIN OUR NEWSLETTER
For weekly tips & healthy recipes