What is Ginkgo Leaf Extract?

Ginkgo — aka Maidenhair tree in England, because its leaves look similar to the maidenhair fern — is a beautiful slow-growing tree that bears clusters of fan-shaped, leathery green leaves. In the fall, these leaves turn a brilliant yellow and then fall to the ground in a matter of just two weeks, creating a vibrant gold carpet around the tree.

Growing up to 120 feet tall, the ginkgo tree can live to be about 1,000 years old. Legend has it that one ginkgo tree in China is more than 3,500 years old — no wonder it’s associated with longevity!

Ginkgo biloba extract (GBE) has long been popular in Europe, and now it has growing notoriety in the United States and other parts of the world for its neuroprotective properties and ability to aid circulatory problems, especially in the elderly. In particular, it’s used to address cerebral insufficiency (poor blood flow to the brain) and the consequent cognitive effects, peripheral circulatory impairment (particularly poor circulation to the lower legs), vertigo, and tinnitus. 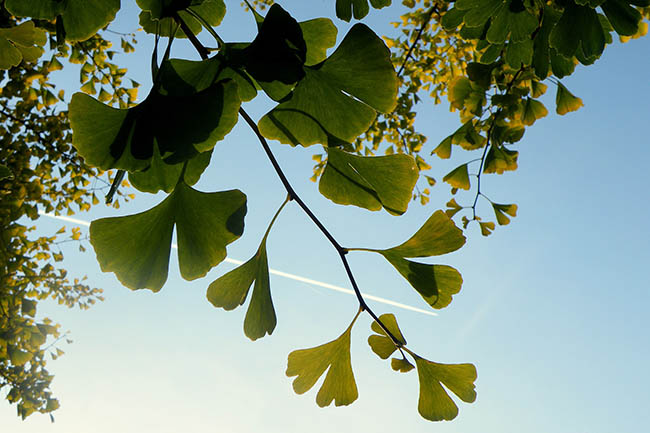 Benefits of Ginkgo and How It Works

Well over 100 scientific studies have been done on ginkgo, with at least one third of them involving human participants. See the references section below for references to selected ginkgo leaf extract studies.

The ginkgo tree has tremendous medicinal, spiritual, and horticultural importance in Chinese culture. The tree’s leaves and fruit are used in Chinese traditional medicine to treat many diseases, and the roasted seeds are used as food.

Modern Western use of ginkgo is not derived from traditional Chinese medicine (TCM), although gingko fruit does have a long history of use in that system. New uses of ginkgo leaf extracts for cognitive and vascular conditions were introduced in the West in the 1960s, and those are still the most popular and well-researched uses of ginkgo. 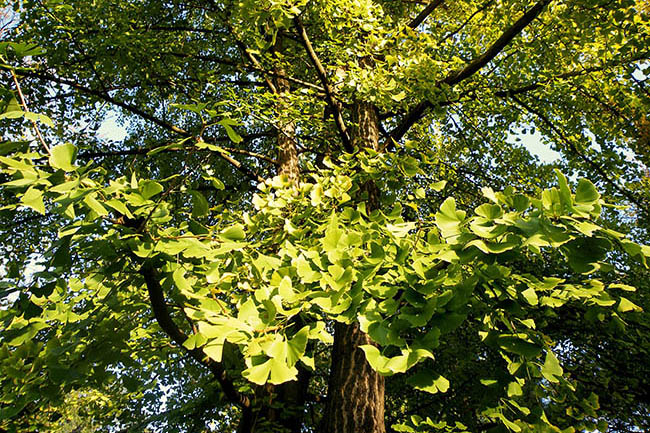 The oldest tree in the world with an uninterrupted 270-million-year lineage, ginkgo is regarded as a “living fossil.” Previously thought to be an extinct group of plants, ginkgo biloba was discovered to be the sole surviving species of the phylum Ginkgophyta in the late 1600s.

Many say that Ginkgo biloba owe their existence to Buddhist monks in China, who valued, protected, and worshipped the tree in sacred temples. Later, the ginkgo tree was brought to Japan, where it was also revered and was said to help mothers become rich with milk to feed their children.

In Japan, ginkgo is known as a “survivor” and “bearer of hope” thanks to its endurance during the bombing of Hiroshima, Japan, on August 6, 1945: After the atomic bomb, four to six ginkgo trees within 1-2 km of the blast were found rooted and still alive, while all the other plants in this area died.

The surviving ginkgo trees of Hiroshima were not only able to live after the bombing, but they went on to produce buds without major distortions. These incredible trees are still alive today (2020). Parks, schools, and temples have been built around the surviving trees in an effort to remind citizens of hope.

Eventually, ginkgo was brought to other continents, including North America. Unfortunately, ginkgo can no longer be found in the wild. However, it is planted widely in cities and gardens throughout the world.

In the U.S., the ginkgo tree is most frequently found planted in cities not only for their beauty and shade, but also because of their resistance to pollutants, fungicides, insects and most insecticides, disease, bacteria, droughts, and smog.

This array of resilient and adaptive characteristics may explain why the ginkgo tree is the most widely planted tree in New York City, as well as why the ancient Chinese people thought this hardy organism must have some medicinal purposes.

Choose a ginkgo biloba extract composed of at least 24% ginkgo flavone glycosides and 6% terpene lactones, as these constituents at these concentrations have been identified as key therapeutic components of the herb in numerous clinical studies.

While effects from using GBE can occur in as little as a few hours, average clinical use indicates eight weeks or more for optimal results for most people.

Consult your healthcare provider before use if you are taking medications or have a medical condition. Medications and over-the-counter drugs that affect blood pressure and blood-thinning (including aspirin and NSAIDs) have theoretical potential for interactions with ginkgo, however anecdotal reports of this are extremely rare. Other potential negative herb-drug interactions include use of ginkgo with MAO inhibitors, anticoagulants, diuretics, anticonvulsants, and antidepressants.

Potential side effects include upset stomach, headache, allergic skin reactions, and pounding heartbeat. Ginkgo is a stimulating herb, so individuals with anxiety, insomnia, or high blood pressure should use caution if considering taking ginkgo. It’s recommended to start slowly with a half dose or less when using a supplement for the first time to allow the body to adjust and notice any potential side effects.

While there are no known contraindications for use of ginkgo with pregnancy, it’s always best to consult your healthcare advisor regarding the use of any supplement during pregnancy since theoretical concerns of ginkgo increasing bleeding risks have been noted.

Disclaimer: The information in our ingredients pages is intended as a general reference for educational purposes only and is not a replacement for professional health advice. Any mentioned dosage recommendations, safety notices, or possible interactions with prescription drugs are for educational purposes only and must be considered in the context of each individual’s health situation. Accordingly, this information should be used only under the direct supervision of a qualified healthcare practitioner.

*This statement has not been evaluated by the Food and Drug Administration. This product is not intended to diagnose, treat, cure, or prevent any disease. Always consult your qualified healthcare provider before beginning any diet or program.

Share
Pin
Tweet
0 Shares
About the Medical Director
Dr. Bill Rawls
Dr. Rawls is a licensed medical doctor in North Carolina and a leading expert in integrative health. He has extensive training in alternative therapies, and is the Medical Director of Vital Plan, a holistic health and herbal supplement company in Raleigh, NC.
What's your Vital Plan?
Get your free personalized supplement recommendation. Take the survey »
follow us
JOIN OUR NEWSLETTER
For weekly tips & healthy recipes