Milk thistle is a spiny plant of tall stature whose strong stems are topped with brilliant purple flowerheads. It has a long history of use as a medicinal herb and is well known for its liver-supportive qualities.

What is Milk Thistle?

Silybum marianum, commonly called milk thistle, is a biennial plant native to the Mediterranean regions of southern Europe and North Africa. In true biennial fashion milk thistle produces a showy base of spiky leaves marbled with milky white lines in its first year. In its second year, a 3- to 5-foot stalk emerges, crowned by a purple flowerhead. When cut, the prickly leaves and stem produce a milky sap, hence the name milk thistle. 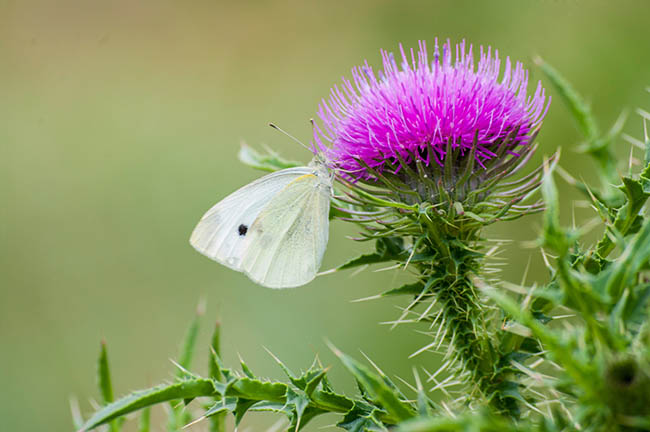 Milk thistle is commonly found growing in pastures, large fields, disturbed soils, and along roadsides. Although it may be considered a weed by some, by many, it is regarded as one of the best hepatoprotective (liver-protective) herbs. For thousands of years, milk thistle has been called upon to support the liver, and today, it is the most widely researched hepatoprotective herb.

Benefits of Milk Thistle and How It Works

Although many herbs can support and protect liver function, milk thistle is one of the best. In today’s modern world, it is easy for the liver to become overburdened.

Internal and external factors such as excessive alcohol and drug consumption, environmental toxins, viruses, and an unhealthy diet can all lead to a stressed and eventually damaged liver. Milk thistle has been shown to protect against this type of damage in a variety of ways.

Silymarin, a group of beneficial flavonoids found in milk thistle, are potent antioxidants that can neutralize harmful free radicals that result from normal metabolic processes and the breakdown of toxic substances.6

Milk thistle can also increase the levels of natural antioxidants found in liver cells like glutathione.6 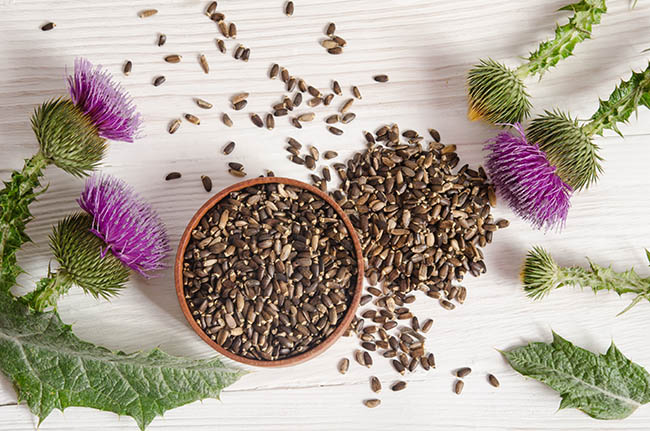 Milk thistle is able to promote bile flow from the liver and gallbladder. This increased movement of bile can enhance digestion since bile is necessary for the proper breakdown of fats. It can also be helpful in sluggish gallbladder conditions like cholestasis, where there is a decrease in bile flow and bile duct inflammation.7

In a 2015 study, silymarin was found to promote healing and maintain remission in patients with ulcerative colitis, an inflammatory bowel disease. The authors of this study suggest that the beneficial effects of silymarin in ulcerative colitis are due to its antioxidant properties. Additionally, prior animal studies have shown that silymarin can reduce inflammatory cytokines in the bowel.8

Recent evidence shows that milk thistle is as important for kidney health as it is for liver health. Silymarin can aid in the repairing and regenerating of kidney cells by increasing protein and nucleic acid synthesis.6

Milk thistle has a long and varied history of use across many different cultures and traditions. It is said that the first recording of milk thistle as a medicinal plant was made in the Old Testament, where it was referred to as its former Latin name, Lebanon cardus.1,10

In ancient Greece, the Greek physician Dioscorides employed milk thistle for snake bites. Around the same time, milk thistle was used for depression which was attributed to an impaired liver.1

More recently, milk thistle was an important plant used by the American Eclectic physicians of the late 19th and early 20th centuries. These physicians utilized non-invasive and botanical therapies and administered milk thistle, in particular, for liver and spleen swelling, pelvic congestion, varicose veins, and hemorrhoids.7,12,13 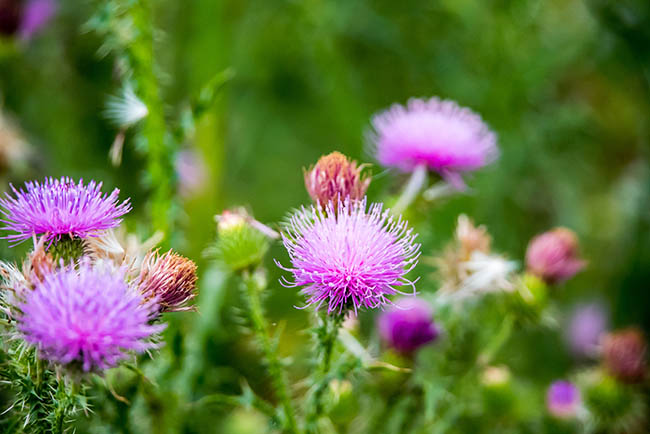 Milk thistle is best taken as a standardized powdered extract, although it can also be taken in tincture form.

A powdered extract should be standardized to at least 70% silymarin, which is likely the most therapeutic phytochemical present in milk thistle. General dosing recommendations are 200-300 mg, one to three times daily.

When taking a tincture, 2-3 mL, two to three times daily is suggested.

Although a tea does not provide the same liver-supportive benefits as a powder or tincture, it is sometimes used to improve digestion.

In addition to its medicinal uses, milk thistle can also be used in a culinary setting. The whole seeds can be powdered and sprinkled onto food or added into smoothies or juice. A teaspoon to a tablespoon is best.

There are no known interactions.

Milk thistle is extremely well tolerated. Adverse reactions are rare, but it could cause loose stools at very high doses.

*This statement has not been evaluated by the Food and Drug Administration. This product is not intended to diagnose, treat, cure, or prevent any disease. Always consult your qualified healthcare provider before beginning any diet or program.
Share216
Pin5
Tweet
221 Shares
About the Medical Director
Dr. Bill Rawls
Dr. Rawls is a licensed medical doctor in North Carolina and a leading expert in integrative health. He has extensive training in alternative therapies, and is the Medical Director of Vital Plan, a holistic health and herbal supplement company in Raleigh, NC.
What's your Vital Plan?
Get your free personalized supplement recommendation. Take the survey »
follow us
JOIN OUR NEWSLETTER
For weekly tips & healthy recipes