Rhodiola is a hardy perennial plant whose ability to thrive in challenging environments is passed along to those who consume it. Extensively researched, this adaptogen offers stress support, increased energy and stamina, enhanced immune health, and cardiovascular support, among many other benefits.

Rhodiola rosea, commonly referred to as rhodiola, is a flowering perennial that grows in some of the harshest environments on earth. Able to adapt and flourish in the toughest of conditions, rhodiola can be found growing in the subarctic and high-altitude regions of Europe, Asia, and North America.

Frequently seen inhabiting the crevices of mountain rocks and sea cliffs, rhodiola generally reaches a height of 12 to 30 inches and produces many small yellow flowers. Rhodiola possesses a sturdy stem and succulent leaves, while the root, which is used as medicine, has a rose-like scent when cut, hence the Latin name rosea. 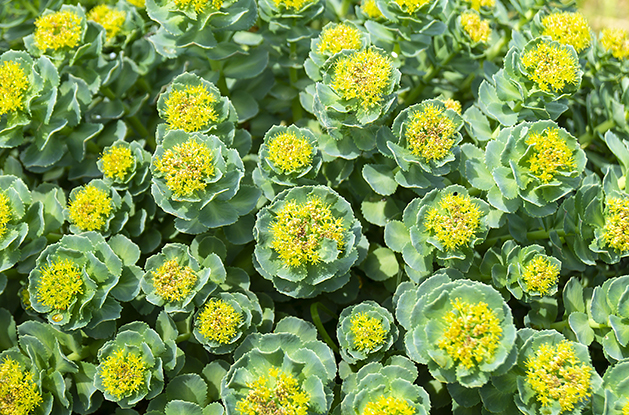 Rhodiola contains many biologically active compounds that contribute to its medicinal value, most notably salidroside and rosavins. Although other rhodiola species contain salidroside, the beneficial rosavins have only been found in the Rhodiola rosea species.1

Rhodiola has thousands of years of traditional medicinal use across Asia and Europe and a substantial amount of modern research to back up its benefits. Today, the root is primarily used for its adaptogenic, energy-enhancing, immune-supportive, and cardiovascular-supportive qualities.

Benefits of Rhodiola and How It Works

In 1961, G.V. Krylov, a Russian botanist and taxonomist, found that rhodiola root contained powerful adaptogenic compounds.1 These compounds increase the body’s resistance to stress, exhaustion, and fatigue. Various in vitro and in vivo studies suggest rhodiola does this by normalizing the release of stress hormones like cortisol.2

A double-blind, randomized, and placebo-controlled study investigated the adaptogenic effects of rhodiola on foreign students during a stressful examination period. For 20 days, they were given 50 mg of rhodiola extract twice daily. Although the researchers noted the dosage was probably suboptimal, students experienced significant improvement in mental fatigue and general well-being at the end of the 20-day period.3

A 2016 review suggested that rhodiola may help improve mild stress-induced depression, most likely due to its role in regulating the cellular response to stress, including in the neuroendocrine, neurotransmitter receptor, and molecular networks.4

Rhodiola has long been used to increase energy and endurance, becoming a favorite among Russian athletes and workers during the 20th century.

In a double-blind, placebo-controlled study, 200 mg of rhodiola extract before exercise improved endurance capacity in young, healthy volunteers, increasing time to exhaustion by 24 seconds on average.5 Although the underlying mechanisms that contributed to better endurance are not fully understood, one idea is that the compounds in rhodiola stimulate endorphin activity, allowing an individual to tolerate the pain and discomfort that can come with exhaustive exercise.

In a placebo-controlled study, master-level competitive skiers were given rhodiola extract or placebo 30 to 60 minutes before a race. Athletes given the rhodiola extract had better performance and improved recovery time compared to placebo.1

Unlike central nervous system stimulants like caffeine, rhodiola’s beneficial effects do not diminish over time. 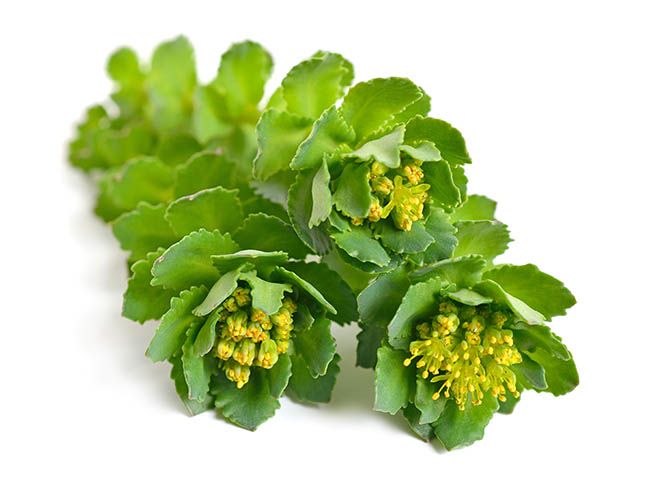 In vitro and animal studies as well as a few clinical trials have all indicated that rhodiola is able to modulate the immune response. This means it can calm overactive portions of the immune system associated with damaging inflammation while, at the same time, boosting the immune system’s ability to fight infections.6

Some in vitro and in vivo studies have suggested that rhodiola extract has anti-tumor activity. For example, a 2016 in vitro study found salidroside, a compound extracted from rhodiola, was able to fight human colorectal cancer cells by inducing apoptosis (programmed cell death) and autophagy (cellular recycling and regeneration). Although research hasn’t been conducted in humans, these studies suggest rhodiola may have potential value as an adjunct to cancer treatment.7

Rhodiola supports the cardiovascular system from many different angles. In vitro and in vivo studies have shown rhodiola to be capable of protecting heart muscle cells, mitochondria, and vascular endothelial cells, while other research suggests it may increase oxygen delivery to the heart.8

Furthermore, its adaptogenic and antioxidant properties can reduce and protect the cardiovascular system from stress-induced harm like irregular heartbeats.1,13

Rhodiola has been in use for thousands of years, its medicinal attributes having first been documented in Siberia, China, and Tibet.

Historically, this herb has been highly coveted, used to enhance physical performance, promote longevity, and provide resistance to high altitude sickness. Siberians would secretly transport rhodiola down ancient trails to trade for Georgian wines, fruits, garlic, and honey. In China, emperors sent expeditions to Siberia to bring back the powerful root.1 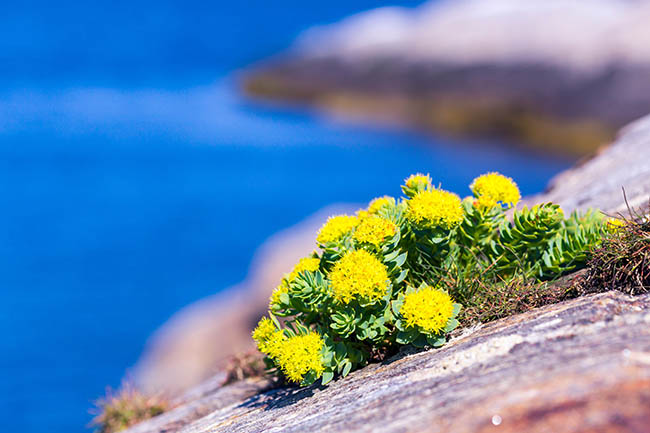 However, rhodiola’s influence was not confined to Asia, The herb appeared in De Materia Medica, a medical book written by the Greek physician Dioscorides in 77 AD. In the 18th century, Carl Linnaeus, a Swedish botanist and the “father of taxonomy,” renamed the herb Rhodiola rosea, using it for various conditions such as hernias and headaches. By 1755, rhodiola was a part of the first Swedish Pharmacopeia.1

In Russia, rhodiola was first recommended in 1969 for use against fatigue. Today, it is the most popular adaptogen utilized in Russia and has been studied extensively.9

Rhodiola is typically consumed as a tincture or powdered extract.

General dosing ranges for a tincture are 1-3 mL, two to four times daily.

When taking powdered rhodiola, it is best to look for an extract that has been standardized to about 3% rosavins and 1% salidroside, as this mimics the naturally-occurring ratio of these compounds found in the plant. Usually, 200-400 mg is taken one to three times daily.

To reduce mental fatigue and support the brain, rhodiola can be combined with lion’s mane, bacopa, and ginkgo biloba.

There are no known significant interactions with drugs. Limited animal studies suggest that rhodiola may affect antihypertensives such as losartan and blood thinners such as warfarin, so be aware if taking these drugs.

While rhodiola is generally well tolerated, it can be mildly stimulating for some people; therefore, avoid taking rhodiola late in the day to prevent potential interference with sleep. Some sources suggest avoiding using rhodiola in people with bipolar, hypomania, or paranoia.

*This statement has not been evaluated by the Food and Drug Administration. This product is not intended to diagnose, treat, cure, or prevent any disease. Always consult your qualified healthcare provider before beginning any diet or program.
Share
Pin8
Tweet
8 Shares
About the Medical Director
Dr. Bill Rawls
Dr. Rawls is a licensed medical doctor in North Carolina and a leading expert in integrative health. He has extensive training in alternative therapies, and is the Medical Director of Vital Plan, a holistic health and herbal supplement company in Raleigh, NC.
What's your Vital Plan?
Get your free personalized supplement recommendation. Take the survey »
follow us
JOIN OUR NEWSLETTER
For weekly tips & healthy recipes