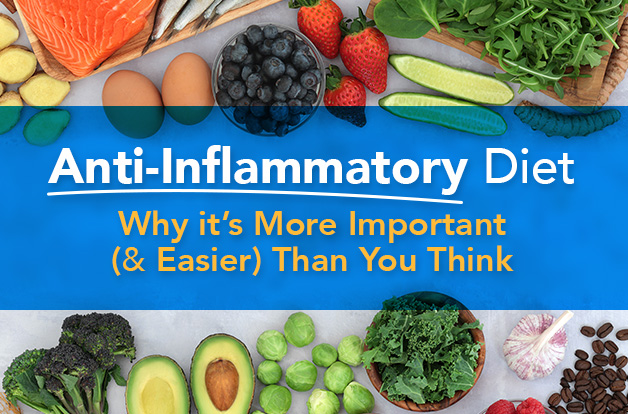 Anti-Inflammatory Diet: Why it’s More Important (& Easier) Than You Think

Everyone’s looking for the diet that will boost health, appearance, energy, longevity, and more. But we’re here to tell you, there is no single magic bullet. In fact, many different diets—from vegan to paleo to the Mediterranean diet—can be truly healthy and nourishing if done intelligently. Figuring out exactly how to formulate them, however, is always tricky. That’s why it can be helpful to look at things through an anti-inflammatory lens.

According to Dr. Bill Rawls, Medical Director of Vital Plan, an anti-inflammatory diet isn’t a specific diet with hard and fast rules or rigid yes/no food lists, but rather, it’s a general framework that allows you to make great food choices while being adaptable to your flavor preferences and needs. When it’s used as such, an anti-inflammatory diet is an extremely valuable way to enhance short- and long-term health in a way that fad diets just can’t.

Below, we’ll break down:

What’s the problem with inflammation, anyway?

Before we can dive into the perks of an anti-inflammatory diet or how to construct one, it’s important to understand what inflammation is and why it can be so bad. 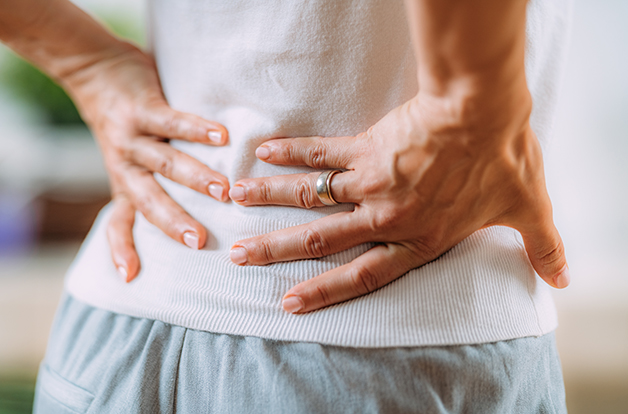 So what’s the downside of this? “When cells die off, this creates debris and congestion in tissues that limit the flow of oxygen and nutrients to healthy cells. This prompts white blood cells to move into the area and use potent acids and free radicals to break down and engulf the debris,” says Dr. Rawls. This clean-up process comes with a tradeoff, though.

According to Dr. Rawls, both acid and free radicals are electron-deficient, and they do damage by pulling electrons off of other molecules and destabilizing them. So overall, this stew of debris, white blood cells, acid, and free radicals can cause significant damage to healthy cells.

There are also types of inflammation that are more problematic than others:

Chronic, systemic inflammation, which can result from a poor diet and unhealthy lifestyle, is perhaps the worst combination of all. Basically, it means that the inflammatory process outlined above is happening throughout the body over an extended period of time—and it’s a driving force of nearly all chronic illnesses, including cancer, heart disease, diabetes, Alzheimer’s disease, and even depression.

In the broadest sense, an anti-inflammatory diet involves eating more foods that alleviate inflammation and fewer foods that exacerbate it. Often, this looks like an eating pattern rich in whole and minimally processed foods such as processed foods.

On the other hand, many foods abundant in American diets can trigger or worsen inflammation. Here are some foods and beverages you’ll want to eat sparingly on an anti-inflammatory diet:

Just keep in mind, there are no rigid rules or food lists—rather, general guidelines. Instead of memorizing the lists above, you may find it easier to commit to Dr. Rawls’ key take-home tips for making nearly any diet more anti-inflammatory:

Because chronic inflammation is an electron-deficient state, eating vegetables can be incredibly beneficial. In fact, Dr. Rawls says that eating more veggies than anything else in your diet is the most important thing you can do to curb inflammation. “The phytochemicals within vegetables are antioxidants, so they’re contributing electrons that decrease the electron-deficient state caused by free radicals and acid,” explains Dr. Rawls. 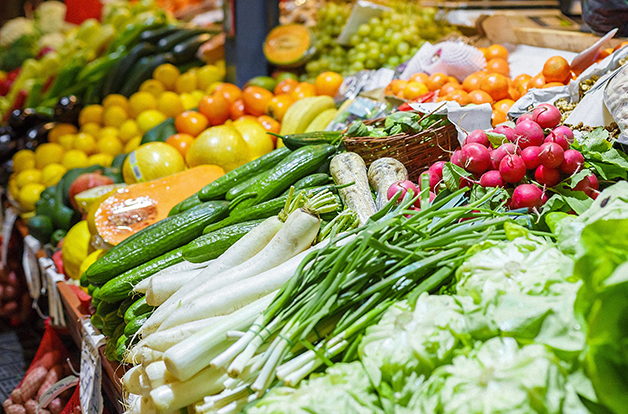 To ramp up the anti-inflammatory potential of your plate, consider swapping your typical grain-based side dish for an additional serving of veggies. Roasting vegetables like sweet potatoes, carrots, beets, cauliflower, and broccoli can be particularly satisfying and offer a different flavor and texture than leafy greens and other raw veggies. Don’t forget to drizzle them with a healthy form of fat like EVOO, too—fat has been shown to boost the absorption of certain fat-soluble antioxidant compounds like carotenoids.

What about fruit, though? Certain fruits can be great. In particular, deeply hued berries such as raspberries, blueberries, blackberries, and strawberries are potent sources of antioxidants called anthocyanins while being relatively low in pro-inflammatory sugar. Just be careful not to consume fruit at the expense of consuming veggies, advises Dr. Rawls, since fruit generally tends to be higher in sugar and lower in phytochemicals and fiber.

By focusing on whole foods, you’re automatically cutting out a major contributor to inflammation: processed foods, particularly those made with refined flours such as breads, crackers, cereals, bagels, and pasta. These foods are essentially void of antioxidants and have been stripped of their blood sugar-stabilizing fiber. And plenty of studies have shown how refined carbohydrates are associated with increased inflammation, including inflammation in the gut microbiome. 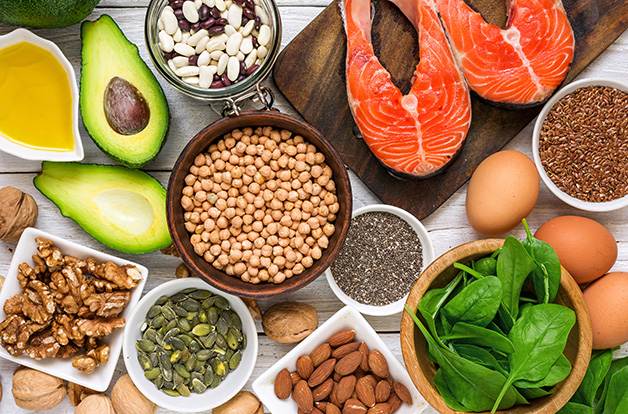 Additionally, many processed foods—especially crunchy, salty, snack foods—are made with low-quality oils that are abundant in omega-6 fats. Even though they are considered essential, omega-6 fats can promote inflammation if consumed in excess, particularly if you’re not getting enough omega-3 fatty acids from sources such as fatty fish. (We dive deeper into this in the next section).

Whenever you have the option, opt for the whole food or less processed alternative.

Here are some specific ideas for smart anti-inflammatory swaps: 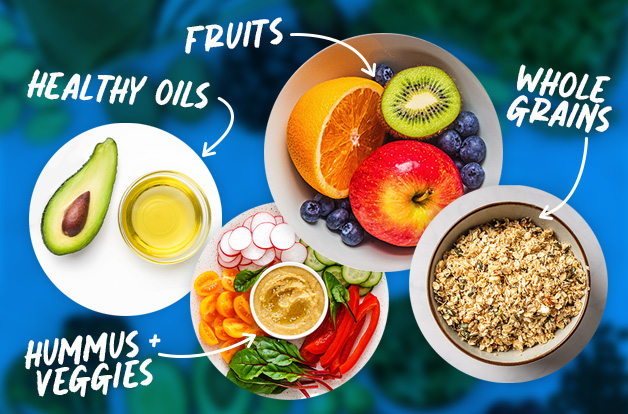 Eating a meat-heavy diet tends to generate a significant amount of acid in the body, plus meats are often high in pro-inflammatory omega-6 fats—so they can further aggravate an inflamed situation, says Dr. Rawls. Fatty fish like salmon, anchovies, sardines, and mackerel, on the other hand, are abundant in anti-inflammatory omega-3 fatty acids, which many Americans are lacking. 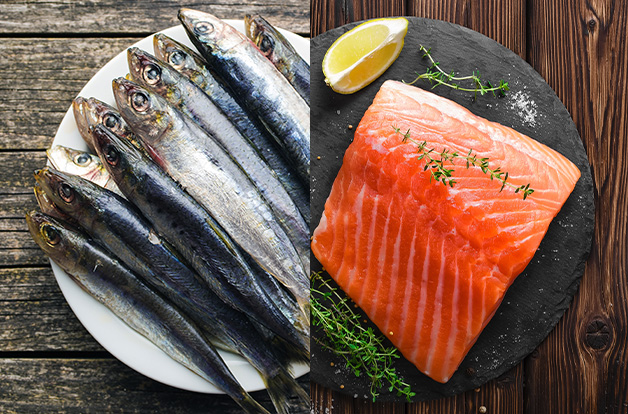 Why do omegas matter so much? According to Dr. Rawls, omega fatty acids are used to create chemicals called prostaglandins, which help balance immune system functions. Omega-6s push us to produce pro-inflammatory prostaglandins, while omega-3s produce anti-inflammatory prostaglandins. We need both of these fats for optimal health—the problem is that many Americans are consuming way too many omega-6s and not nearly enough omega-3s, which creates an imbalance that can push someone into an inflammatory state. This, in turn, can contribute to a variety of health problems such as cardiovascular disease.

You don’t have to give up meat altogether, but it should not be a predominant part of your diet. And when you do get a hankering for steak, consider opting for a high-quality grass-fed, grass-finished cut, which will have a somewhat healthier composition of fats.

Supplements that complement an anti-inflammatory diet

Supplements alone won’t magically curb chronic inflammation, but they can lend additional support when incorporated into an overall anti-inflammatory diet. The good news: You don’t have to load up on a dozen pills and powders to make an impact. Here are Dr. Rawls’ top three: 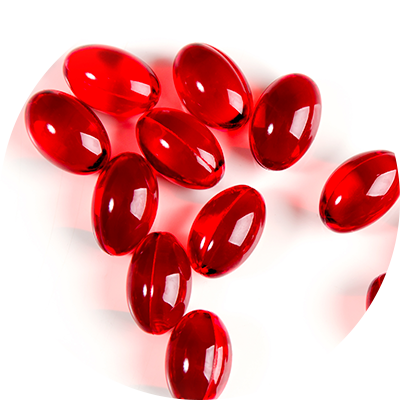 Krill oil: Because it can be hard to achieve an ideal omega-6:omega-3 ratio, Dr. Rawls recommends giving yourself a boost in the form of an omega-3-rich krill oil supplement. Krill oil works more efficiently than fish oil because its fats are present as readily-absorbable phospholipids. Krill oil also packs about 48 times the antioxidant power of fish oil because it contains the potent antioxidant astaxanthin, which has been associated with improved heart health, liver health, pain reduction, and more. 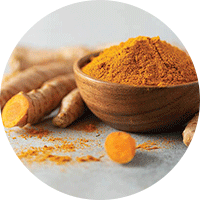 Turmeric: This yellow-hued spice can be incorporated into your meals or taken in capsule form (or both!). “In India, they have some of the lowest rates of Alzheimer’s and cancer in the world despite having a lot of overcrowding and pollution, and it’s thought to be the fact that they consume about 1 gram of turmeric every day in their diet,” says Dr. Rawls. Consider combining turmeric, ginger, and other anti-inflammatory spices in this delicious, traditional golden milk recipe. 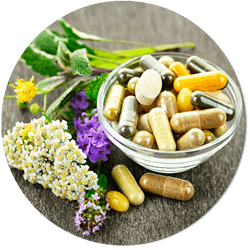 Daily herbs: All herbs are potent antioxidants that neutralize inflammation. You can incorporate culinary herbs into your diet, but getting a daily dose of medicinal herbs such as rhodiola and reishi (like you’d find in a daily herbal supplement) can give you an added edge. According to Dr. Rawls, when we consume phytochemical-rich herbs, we’re basically absorbing the plant’s defense systems, which in turn supports our own defense systems, including a healthy inflammatory response.

Just about everyone can benefit from a more anti-inflammatory eating pattern, says Dr. Rawls. You don’t have to wait months or years to notice the perks either. Some of the main benefits people notice within just days and weeks of adopting an anti-inflammatory diet include more energy and fewer gastrointestinal problems like constipation, diarrhea, bloating, and heartburn. Some people may even notice a reduction in seasonal allergies over the short and long term.“They’re small improvements at first, but as you continue to feed your cells better, they will function better, and you will ultimately feel better,” says Dr. Rawls. 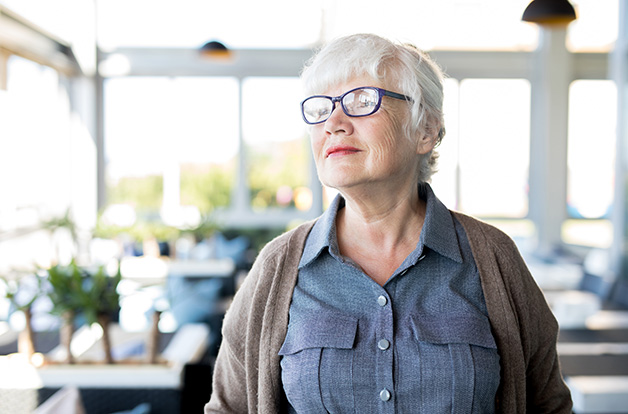 Over time, the benefits will become even more robust, and people can start to get significant pain relief from conditions such as osteoarthritis and rheumatoid arthritis—” particularly if you’re supplementing your diet with herbs and krill oil,” he says.

Of course, sometimes you may not physically feel all the benefits of an anti-inflammatory diet, but they’re still there. Research suggests that anti-inflammatory diets rich in vegetables and other nutrient-dense whole foods are associated with improved heart health, reduced depression symptoms, improved quality of life for people with multiple sclerosis, reduced risk of death among breast cancer survivors, reduced risk of lung and gastric cancer in men, improved cognitive health, and more.

We’ve given you the tools to make more anti-inflammatory dietary choices on a daily basis, but if you’re struggling in the creativity department and need a dose of culinary inspiration, check out the following simple, nutrient-dense recipes loaded with veggies, herbs, and other inflammation-fighting whole foods:

Share34
Pin6
Tweet
40 Shares
About the Medical Director
Dr. Bill Rawls
Dr. Rawls is a licensed medical doctor in North Carolina and a leading expert in integrative health. He has extensive training in alternative therapies, and is the Medical Director of Vital Plan, a holistic health and herbal supplement company in Raleigh, NC.
You might also like... 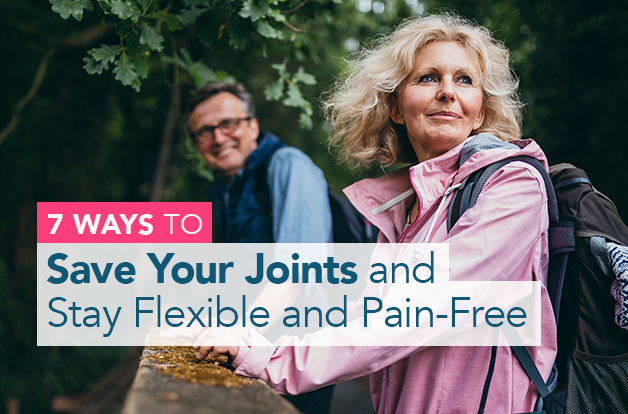 7 Ways to Save Your Joints and Stay Flexible and Pain-Free Creaky knees, stiff hips, achy back. Considering how common complaints about joint pain, physical discomfort, and flexibility issues are among anyone over age 40, it’s easy to believe they’re an… 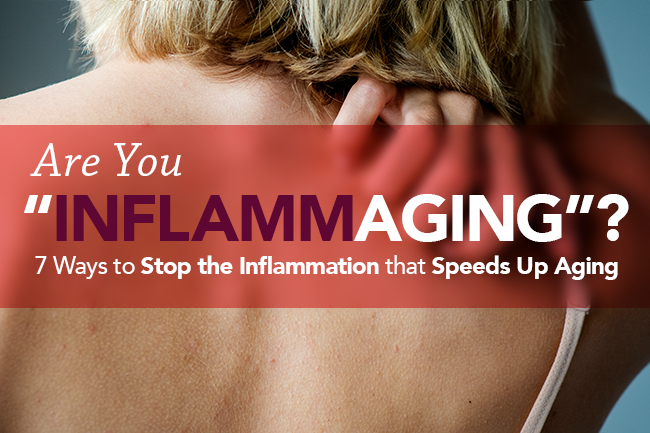 Are You “Inflammaging”? 7 Ways to Stop the Inflammation that Speeds Up Aging The word “inflammation” carries all sorts of negative connotations. For example, you don’t want to hear or see that a gash or rolled ankle is inflamed. You’ve probably also heard…
You might also like...

7 Ways to Save Your Joints and Stay Flexible and Pain-Free Creaky knees, stiff hips, achy back. Considering how common complaints about joint pain, physical discomfort, and flexibility issues are among anyone over age 40, it’s easy to believe they’re an…

Are You “Inflammaging”? 7 Ways to Stop the Inflammation that Speeds Up Aging The word “inflammation” carries all sorts of negative connotations. For example, you don’t want to hear or see that a gash or rolled ankle is inflamed. You’ve probably also heard…
What's your Vital Plan?
Get your free personalized supplement recommendation. Take the survey »
follow us
JOIN OUR NEWSLETTER
For weekly tips & healthy recipes