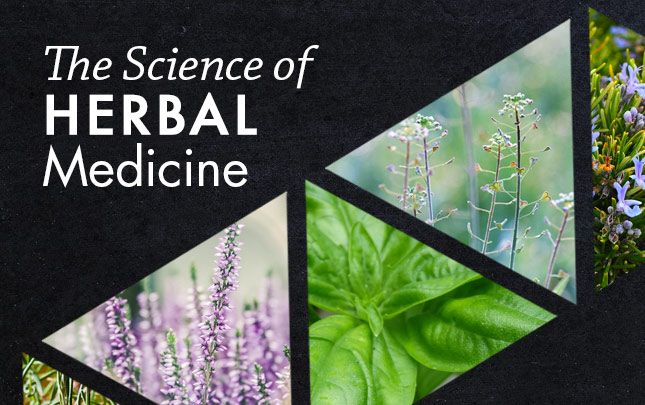 If you were to ask someone a thousand years ago why they take motherwort to help ease sleeplessness, or ashwagandha to deal with stress, the answer would likely have been, “Because it works.”

That explanation may have sufficed back then, but these days, we require much more background on the underlying mechanisms of any type of supposed health remedy. Fortunately, modern herbalists have a wealth of science and information at their fingertips. And when that scientific insight is combined with knowledge of our ancestors’ time-tested herbal toolkit, it’s possible to get a much clearer picture of how herbs work—and which ones might most benefit you.

Keep reading to better understand the true power of herbs, the key differences between herbs and prescription drugs, and why all of this truly matters when it comes to achieving your best health.

When Ancient and Modern Wisdom Collide

Ancient herbalists didn’t have the benefit of medical technology to examine a plant’s impact on human cells under a microscope, or the scientific method to compare an herb’s efficacy to that of a placebo. Instead, they relied on what they did have: The study of history. 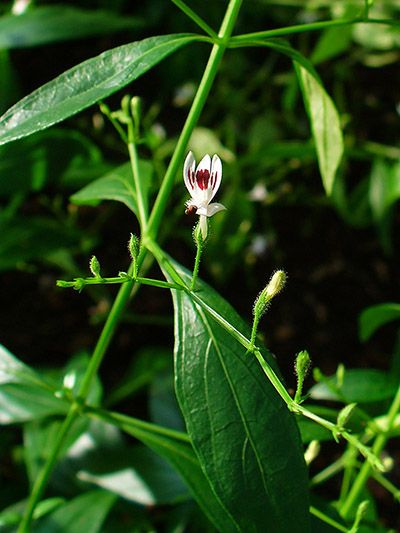 “There’s other information outside of the scientific method that’s valuable, and in this case, it’s observation,” explains Dr. Bill Rawls, medical director of Vital Plan. “People have been using herbs for thousands of years, observing which ones have an effect, and writing down and passing along that information. Pharmaceuticals don’t have that important history; vitamins and minerals don’t either.”

Today, modern herbalists have the advantage of both hindsight and science, and the research on herbs’ restorative powers is growing at a rapid rate. Search “herbal medicine” on PubMed, a database of biomedical literature maintained by the National Center for Biotechnology Information, and you’ll get more than 35,000 results.

Much of this research reveals valuable how-it-works intel about different herbs. For instance, a study in the Journal of Natural Medicines on andrographis, an herb native to India, found that it helped inhibit the release of pro-inflammatory cytokines, suggesting it could make for an effective anti-inflammatory agent. A second study in Pharmaceutical Biology showed that certain carbohydrates in cordyceps, a mushroom long used in Chinese herbal medicine, help reduce oxidative stress caused by excessive physical activity.

These findings are impressive, and they hardly scratch the surface of what scientists have discovered thus far about herb’s health-supporting properties.

The Difference Between Herbs and Drugs 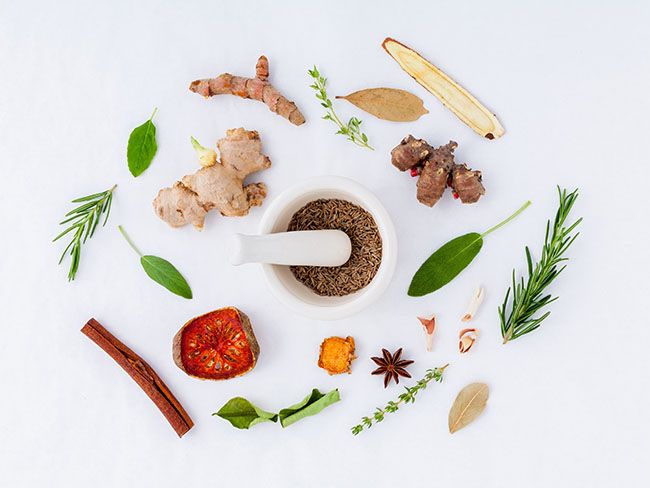 While we’re learning more about the mechanisms behind herbs’ benefits every day, it’s important to understand that herbs often aren’t studied in the same way as pharmaceutical drugs, for a few reasons.

“A fundamental difference between drugs and herbs is that drugs are single chemicals, whereas herbs are a complex mix of phytochemicals, biochemical substances produced by the plants to protect against stress factors,” says Dr. Rawls. “So when you’re studying drugs, you’re studying one thing; with herbs, you’re looking at multiple compounds working together in synergy, and that makes it hard to isolate what’s doing what.”

The complex nature of herbs helps explain why the Food and Drug Administration (FDA) doesn’t regulate their safety and efficacy. “They simply don’t have the funding or bandwidth,” says Dr. Rawls. Another explanation? Toxicity is much less of a concern with herbs than with pharmaceutical drugs.

“Prescription drugs have historically been a leading cause of death in this country, according to findings in the Journal of the American Medical Association, whereas how many herbal disasters do you hear about? You don’t, despite nearly one in five Americans taking them,” says Dr. Rawls. “We find the chemicals in herbs to be very complementary to our physiology. Probably the best evidence of that is that so many herbs actually enhance liver function; whereas most drugs on the market challenge liver function.”

Still, Dr. Rawls points out that both the FDA and Federal Trade Commission (FTC) do regulate herbal supplements when it comes to ensuring that you, the consumer, get what you pay for. “They make sure supplements don’t make false claims about their benefits, and that what’s advertised as being in the supplement is actually in there—there’s huge value in that.”

Why Herbs and Humans Get Along So Well

There’s a chemical balance between plants and people that has likely been there since day one, says Dr. Rawls. 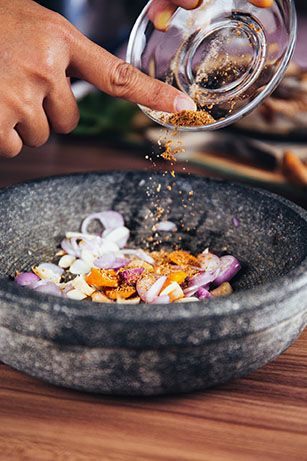 “We’ve co-evolved to survive the same environmental stressors,” he explains. “Plants create various phytochemicals to remain healthy and strong: phytoestrogens or plant hormones to help them grow; antioxidants to help prevent cell damage and aging; antimicrobials to defend against disease-causing microbes. And humans have been eating those plants for millennia and gaining some benefits of the phytochemicals as they circulate through our bloodstream and tissues.”

Unfortunately, the human diet today is largely lacking in vegetables and herbs. Thanks to the industrial revolution and modern farming techniques, we’ve switched to a diet based on grain and seeds, and these plants are bred for quantity, size, and caloric density—not nutritional value—so they’re deficient in phytochemicals and overloaded with carbohydrates. We also feed seeds, soy, and corn to our livestock, diminishing the level of phytochemicals that used to transfer to us through meat.

“All of this really points to the necessity of supplementing our diets with herbs to ensure we get those essential phytochemicals our body needs,” says Dr. Rawls. That said, it’s important to remember that nothing is a cure-all.

“Herbs should be used in tandem with lifestyle changes and conventional medicine as needed,” says Dr. Rawls. “It’s only when you combine all three that you see the most profound health benefits.”

Share110
Pin7
Tweet
117 Shares
About the Medical Director
Dr. Bill Rawls
Dr. Rawls is a licensed medical doctor in North Carolina and a leading expert in integrative health. He has extensive training in alternative therapies, and is the Medical Director of Vital Plan, a holistic health and herbal supplement company in Raleigh, NC.
You might also like... 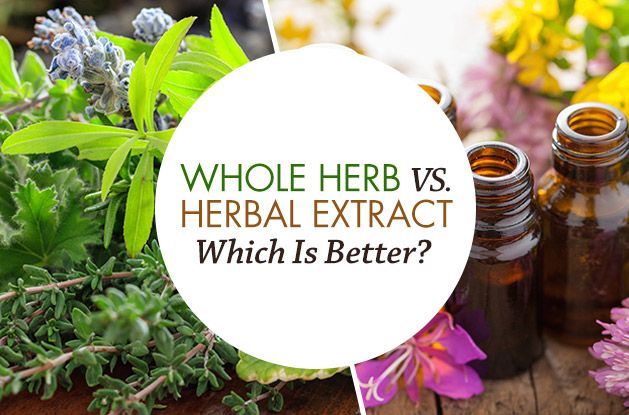 Whole Herb Vs. Herbal Extract: Which is Better? Capsules, tablets, powders, teas, tinctures, oils…. The list of delivery methods for herbal supplements goes on, but on a basic level, the herbs are prepared in one of two ways:… 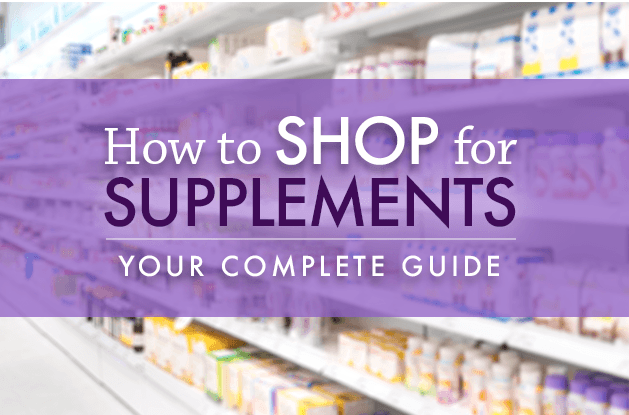 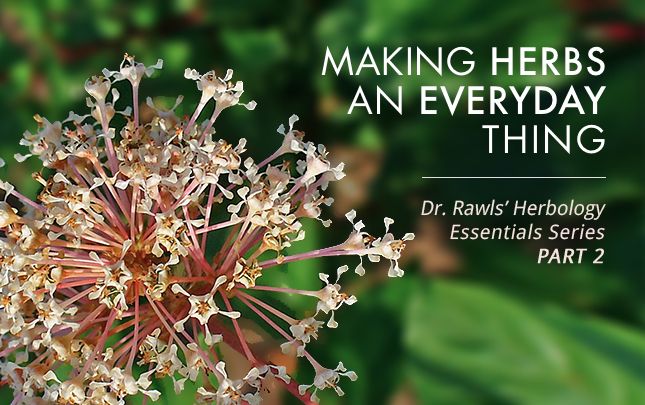 Making Herbs an Everyday Part of Your Life Dr. Rawls continues to share his deep passion for the healing powers of herbs in a series of eye-opening articles. In Part I, he covered their unique health benefits. Here…
You might also like...

Whole Herb Vs. Herbal Extract: Which is Better? Capsules, tablets, powders, teas, tinctures, oils…. The list of delivery methods for herbal supplements goes on, but on a basic level, the herbs are prepared in one of two ways:…

Making Herbs an Everyday Part of Your Life Dr. Rawls continues to share his deep passion for the healing powers of herbs in a series of eye-opening articles. In Part I, he covered their unique health benefits. Here…